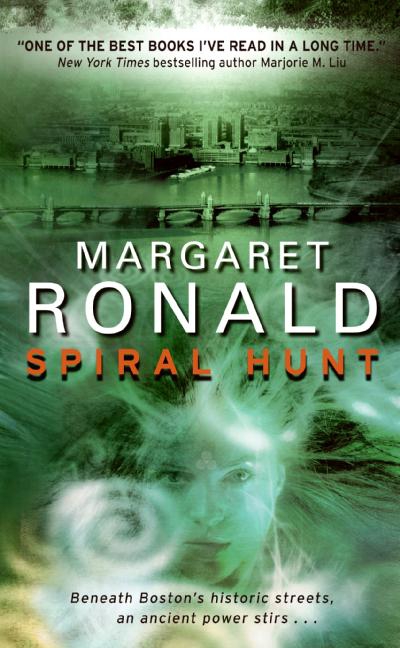 Evie Scelan doesn’t want to be a hero. Unfortunately for Evie, she is the Hound. If it’s lost, she can find it, but in her world there is much that’s best left lost. This natural ability keeps drawing her into elaborate mystical conspiracies, drawing more and more unwanted power – both the social and metaphysical kinds – her way.

She’s more than happy to cruise under the radar, using her talent to sniff out lost objects (literally) on a freelance basis, but really doesn’t want much to do with the “undercurrent,” the supernatural world around modern-day Boston in Margaret Ronald’s urban fantasy setting.

You can’t really blame Evie for wanting to keep on the outside of things, because these undercurrent types seem kind of kooky. And not a good-natured type of Harry Potter wizard kooky, but more like Harry Dresden with Asperger Syndrome, sometimes with some pyromaniac tendencies thrown in. Any sane person would want to stay completely clear of this bizarre world, if they could.

Before I get much further, a disclaimer is in order. Margaret Ronald and I attended high school together. We were friends and ran in the same social circle, though I haven’t seen her in person for over a decade. Don’t worry, I’ll be appropriately harsh later on, in case you’re worrying that I’d sugarcoat the review.

The series doesn’t need any sugarcoating, though, because it’s quite good. The central concept – a character who has a supernaturally-enhanced sense of smell – is something that could easily get tired very quickly, but Ronald deftly avoids over-using the power. The ability itself isn’t really the focus of the story. It’s central to who Evie is, to why she gets involved in these situations, but the plot and characterization both run much deeper than that.

The main tension in the entire trilogy is that Evie really wants nothing to do with the undercurrent. There’s a strong sense that if she could figure out a way to rid herself of it completely, she’d do so, but she can’t because of the ability she’s inherited. She finds things … and trouble is one of the things that she seems best at finding.

The whole series is built around Evie’s character, which is at the same time defiant and honor-bound. She acts heroically when needed, even though she’s trying to go out of her way to avoid being in situations that require heroism. She wants no responsibility, while people throughout the series continue to look toward her for some sort of leadership. It’s a tough balance to pull off, but it’s consistently well-handled throughout the entire series.

In the first book, Spiral Hunt (Amazon), Evie is forced to go up against the Fianna, an ancient and ruthless gang of mystics that control Boston’s undercurrent. At the same time, she’s trying to protect her friends who have no undercurrent connections, without drawing them into the danger as well. This is a good, solid lead into the series and setting, definitely whetting your appetite for the next books in the series. 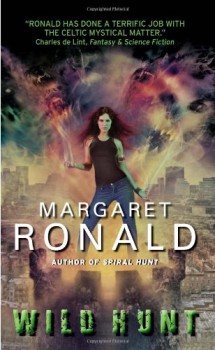 The sequel, Wild Hunt (Amazon), picks up with Evie having gained some notoriety based upon the outcome of Spiral Hunt. This novel, as the title implies, ties Evie into the mythology of the Wild Hunt. The book is good, but here I do have one complaint about it, which I’ll get to in a moment.

The final book (so far, at least) is Soul Hunt (Amazon), which again continues the storyline from the previous book. Evie has gotten herself into an unintentional deal with some powerful entities, and now she’s trying to figure out how to get out of the whole mess alive … while her smell ability is going haywire. Her only hope seems to involve making another deal with an even-more-powerful entity, who claims it can undo the previous deal.

Now, onto my one complaint about the series:

This book needs a bit more exposition. At times, it’s almost like Ronald is pathologically opposed to explaining what’s going on.

She has created a rich, vibrant modern urban fantasy setting, which she clearly has a very firm grasp upon, but the story takes such a center stage that the world and magical systems don’t get explained up front. I didn’t feel like I had a really good hand on how the magic worked until well into the third book. This isn’t a huge distraction from the story, but there are times where just a little bit more information about what is going on would be appreciated. This may say more about my own linear mode of thinking than anything about the quality of the writing, though.

Consider, for example, the way the Wild Hunt itself is handled in the second book. This is a mythological concept that isn’t necessarily known to everyone, and it doesn’t get a ton of explanation in the book. If I hadn’t already been familiar with the mythology, I’m not sure that I would have really understood what the Wild Hunt is. It’s briefly explained that there are a lot of cultures that each have their own version of the Wild Hunt, and frequently throughout the book the various names for them – Gabble Retchets, Gabriel Hounds, Seven Whistlers, and so on – are used interchangeably. As Evie’s mystic friend explains:

Evie, there isn’t one Wild Hunt that all the others spring from. It’s a legend that’s dispersed all over–hell, often it’s a local landowner, like Red Edric or Black Matilda, who leads the hunt, instead of Odin or Gwyn or even Hecate. It’s just a face to tack on to the idea of a spectral host. You can’t reduce them to one ur-myth.

Now, I’ve been reading fantasy for over twenty years, and I only got about half the mythological references in that paragraph, and the ones that I missed aren’t ever explained. That’s fine, because everything that needs to be understood is completely clear within the context of the conversation. It’s evident that Ronald herself has a handle on these things, so maybe the exposition isn’t needed … but its absence is, at least, noticeable. Much of the magic has this sort of slippery feel, and it’s not always clear how slippery it is until the moment has passed.

On the opposite end of things, though, this very same lack of exposition helps solidify Ronald’s authority. At a climactic moment in the final book, a mage is wielding a baseball bat that she’s turned into some sort of makeshift magical item:

She’d drawn symbols on it, runes that straggled and strayed but were written in sticky red, powerful for all that. It was, after all, ashwood, and Sarah knew her twice-nine runes and names. No one knew the small magics better than she did. 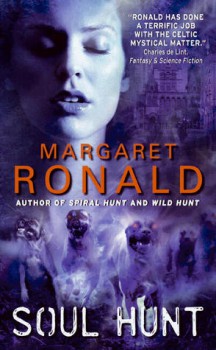 I love this passage. Again, there’s no explanation of the relevance of ashwood or what the heck twice-nine runes are, but it’s clear that this means something within the world. It means something to the people using it and to the author, and the authority with which it is invoked means that you don’t have to really stop and think about it too much … but still, it is something that goes unexplained, and it can give the reader pause, especially if they like a more linear narrative structure, with fewer mystical ambiguities.

Part of the reason for some of these narrative choices may be Evie’s own reluctance to be directly involved with magic. The narrative is firmly within Evie’s point of view, and there are times where she herself just doesn’t really grasp the rules that are governing the world in which she’s moving. At times, people are begging Evie to explain details, and she shrugs them off with an “It’s too complicated” or other dismissive response … largely because she herself can’t really figure out how to explain it.

This ignorance sometimes gives Evie the traits of an unreliable narrator. There are points in the book where Evie goes out of her way to secure very careful oaths or promises from sorcerers, spirits, or what-have-you, only to still end up being betrayed by them … sometimes quite casually, as if the oath had no meaning whatsoever.

But, again, this all works within the context of the story. The fact that Evie is a little out of the loop about the magical details is a major driving force of the series. The occasional obscure-and-unexplained mythology reference aside, the series is enthralling and enjoyable, with an original hero who comes across as a real person who gets drawn into these situations. The conclusion brings together the plot threads from the series into a satisfying end, while still leaving the storyline open for potential future books.