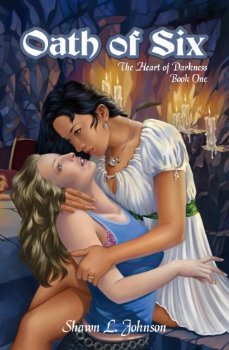 It took me years to complete the first draft of Oath of Six, the first volume in my fantasy series The Heart of Darkness.

I wrote the prologue pretty much straight through, but then lost steam. After muddling through chapter one, I skipped ahead to the epilogue because I was more sure of the ending than the beginning. I then returned to working on the second chapter, only to jump to the end again, and then back to the beginning. My productivity was even more inconsistent than it sounds since I would stop writing for weeks at a time.

After I did finish, the readers of my first draft kept saying the story started off too slowly. I had to admit there was a lot of backstory and world-building in the early chapters. However, isn’t that the norm in fantasy novels, I argued. An author spends almost as much time creating the world as he does fleshing out the characters and storyline.

Interestingly, my initial readers unanimously agreed that the early material bogging down my story didn’t include the earliest part — i.e. that prologue that I wrote so easily. They were referring to the first eight or so chapters where I was dithering my way through, stopping and starting, jumping around. No doubt my readers had sensed my original inability to immerse myself in my storyline.

So I began pruning. I did this in so many different chapters and in so many stages that my readers — my long-suffering wife in particular — got tired of re-reading the same sections.

Finally, a friend of mine who doesn’t write but probably should told me: “I don’t believe the content of your scenes is the real issue here. They’re fine in and of themselves. I suspect it has more to do with the sequence of events, and which ones are truly necessary.” 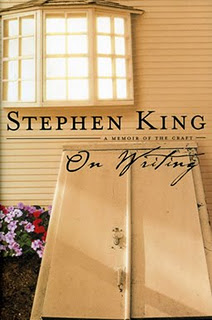 He reminded me of William Faulkner’s “Kill your darlings” quote, which Stephen King (one of my favorites authors) stressed repeatedly in his book On Writing. When you write a scene that you truly love and think is perfect, you must be prepared to chop it into bits, mutilate it, or wash it down the garbage disposal altogether.

Oath of Six was my second novel. My first effort will probably never be complete because of how badly I burned myself out editing it. What my friend helped me realize was that I was in danger of committing the same error, worrying over minutia and rewriting individual scenes to absolute death, rather than linking them together seamlessly.

So I took to editing Oath with a heavier hand, condensing less important scenes into paragraphs or sentences. The revisions did improve the flow, but still the story didn’t seem quite snappy enough. I sent it out to agents and publishers anyway, but got only nibbles, no solid bites.

Eventually, out of ideas and not wanting to burn myself out again, I shelved the book. My only other idea for a project was a sequel, so my friend suggested I go ahead and write it. The time off from Oath would be good, and I could always write the sequel so that it stood on its own. The second book could become the first in the series, if necessary. Not a perfect solution but better than nothing.

I only had one major pause in writing Serpent Without Skin, compared to the dozen or so in its predecessor. Serpent ended up requiring comparatively less editing throughout, most likely because of that increased continuity. 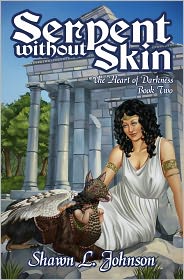 However, with the sequel out of the way, inspiration finally struck as to how I could give Oath of Six a quicker start-up — and it was so damn simple!

In the original draft, my protagonist David learns that his estranged mentor is dying of a mysterious curse, so he goes to help. During his first night in the old wizard’s house, David catches a goblin trying to steal one of his possessions for later use in a curse. Nothing wrong with the scene itself, except perhaps in the timing. Why should the thief wait until David was inside a magically warded house, with two other wizards? Why not attempt the robbery sooner, while David is alone and unwary?

Shifting the theft-in-progress scene to chapter one not only started things off with a bang, it also aided my world-building — explaining a lot about magic, David’s unusual capabilities, and his relationship to the other characters from the get-go.

Next, I reluctantly chopped out several chapters of beloved backstory, inserting the most pertinent bits as brief flashbacks. It improved the continuity and kept the action flowing, but it wasn’t easy. Those early scenes had been essential in helping me get the hang of my characters. There’s a lot to be learned from studying the interaction of a group back when its members were young, impressionable, and more than a touch naive.

My friend, the one who doesn’t write but should, suggested I use that original backstory to write a prequel to Oath, set before the old wizard’s apprentices all went their separate ways.

Maybe one day. For now, the survivors (and by extension, I, too) have enough trouble ahead to worry about.

[…] I resolved to publish the two novels in my Heart of Darkness series as eBooks, I figured I was all set. The books had already been edited and re-edited; I had […]

[…] the pleasure of seeing that promise unfold, with a generous excerpt from Shawn’s first novel, Oath of Six, the first in The Heart of Darkness series, and set in the same setting as “Two […]

[…] wrote about them recently in two articles on the Black Gate blog: The Road to The Heart of Darkness, on editing and publishing both books, and a piece on Finding the Right Cover Artist for your […]