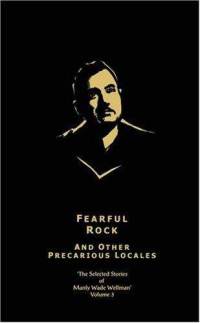 A man of great height and greater girth, Judge Keith Hilary Pursuivant, after retiring from the bench, devoted his golden years to investigating the occult in the works of North Carolina author, Manly Wade Wellman. Pursuivant, with his broad bulbous nose and protruding, warm eyes, was one of a half-dozen occult investigators created by Wellman over the course of his career, though the Judge has the distinction of being the first, and, in many ways, the most important of the lot.

Pursuivant made his first appearance in Weird Tales in 1938, in the story, “The Hairy Ones Shall Dance”, wherein the Judge faced off against a werewolf. He appeared in Weird Tales three more times from 1938 to 1941, in “The Black Drama”, “The Dreadful Rabbits”, and “The Half-Haunted”, respectively facing off with a vampiric Lord Byron, demon-rabbits and ghosts. All of these stories have been anthologized on a number of occasions, and have all been collected in the 2001 Nightshade Books collection Fearful Rock and Other Precarious Locales.

Besides the aforementioned four tales, Pursuivant appeared as a supporting character in a number of Wellman’s other stories, including his Silver John novel, The Hanging Stones, where he aids John the Balladeer, another of Wellman’s occult investigators, in combating a tribe of inbred, druidic werewolves. And, even if he doesn’t appear, Pursuivant is likely mentioned…indeed, the Judge looms over Wellman’s other occult investigators like a guardian angel, wielding knowledge, wit and wisdom in support of humanity’s more active defenders.

“Don’t you think a man always recognizes a woman he has loved?”

The above quote is one of the few looks into Pursuivant’s past that the reader gets. In this case, Pursuivant’s once-upon-a-time relationship with the actress-cum-vampiress Gonda Chastel in the short story, “Chastel”, as the Judge explains how he recognized his former lover’s undead state to Lee Cobbett, the last of Wellman’s occult investigators. Beyond a propensity for mysterious women, however, Pursuivant’s past is fairly well documented. 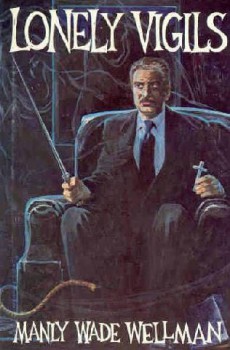 Born in 1891, he was a decorated intelligence agent in World War I. Pursuivant returned to the States and became a judge, then an author and finally an investigator of occult matters, upon which he also wrote. Independently wealthy, he lived in a quiet town five hours drive from Washington D.C., though he travelled extensively despite his advanced age. The acclaimed author of the seminal tome, Vampiricon, Pursuivant is an acknowledged expert in matters of the supernatural, though, as seen in “The Dreadful Rabbits”, there are some things even he has no answer for.

Regardless of the dangers he faces, Pursuivant conducts himself with old fashioned Southern charm. Courteous and calm, he is a grandfatherly figure to those characters that interact with him, exuding a sense of safety and wisdom that sets even the most panicked individual at ease. Pursuivant himself is seen to panic only once, again in “The Dreadful Rabbits”, where the titular Native American spirits are resistant to every defense that the Judge employs, save, in the end, politeness. 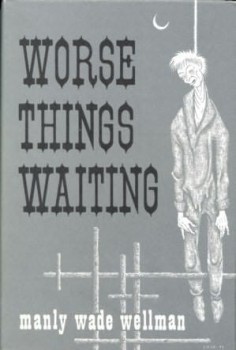 Frequent mentions of his age and the associated aggravations serve to ground the larger-than-life Judge, and enable him to slip unobtrusively into the background of a given story without wholly surrendering the limelight. It’s a useful trait, given his later status as a mentor-figure to Wellman’s other characters. Even in those stories which are, ostensibly, about him, Pursuivant is less the hero than the wise counselor. Like Abraham Van Helsing, he acts as the younger hero’s mentor in the ways of combating the darkness. Indeed, in “The Black Drama” Pursuivant plays the role of Van Helsing knowingly, as he aids the narrator in stymieing the malevolent Lord Byron’s designs for the narrator’s paramour. In other tales, however, notably “Chastel” and “The Half-Haunted”, he takes an active hand at the climax, dispatching monsters and devils like a man twenty years his junior.

But it is his support for his fellow occult investigators which is his most telling trait. Pursuivant lends his aid to no less than three of Wellman’s other characters-John Thunstone, Lee Cobbett, and John the Balladeer-over the course of their own stories, providing them the knowledge they need to combat enemies which threaten to overwhelm even their significant capabilities. To Thunstone, he even bequeaths his most formidable tool-the silver sword cane forged by Saint Dunstan himself. Early in his career, Pursuivant carried the sword-cane, engraved with the phrase ‘Sic pereant omnes inimici tui, Domine’ (‘So perish all thine enemies, O’ God’), a weapon he used to good effect in several stories, most notably “The Black Drama” and “Chastel”, where it is instrumental in dispatching his vampiric opponents. In later years, he turns the weapon over to his direct successor, Thunstone, who wields it in battle with enemies a good deal worse than mere vampires, including a few entities that would have given Thomas Carnacki fits.

Where Thunstone is the man who takes the Judge’s place, Cobbett is in many ways his apprentice. Pursuivant appears or is mentioned in all of the Lee Cobbett stories, and it is to the Judge whom Cobbett turns when things get too hairy, as in the creepy, Blackwood-esque “Willow He Walk”. For John the Balladeer (or ‘Silver John’), Pursuivant pops up occasionally, like the cavalry coming to the rescue in tight situations.

Indeed, in many ways, Pursuivant is the glue which holds Wellman’s diverse stories together as a cohesive whole. It is through him that these lonely devil-hunters and ghost-breakers know one another and can call upon one another for aid, thus enabling them to succeed together where one might fail. In the end, it is because of this stern old Judge that humanity’s enemies are sentenced back to the depths from which they sprang. 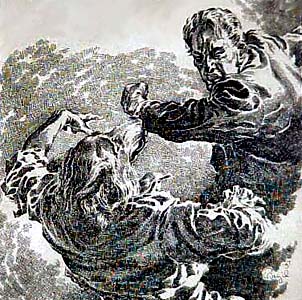 […] and caustic, arrogant and affectionate, and almost inhumanly ruthless, Zarnak is no comforting Judge Pursuivant or soothing John Silence. He is singularly and irrepressibly […]

[…] creation of a number of supernatural sleuths, occult detectives and werewolf punchers, including Judge Pursuivant. But, arguably one of the more well-known of Wellman’s coterie of heroes is John Thunstone. Big […]

[…] Jane Carver of Waar, Manly Wade Wellman’s The Third Cry to Legba and Other Invocations and Fearful Rock, and J.M. McDermott’s Never Knew Another (as well as one or two I’m doubtlessly […]

“The Judge” « THE ADVENTURES OF THE ROYAL OCCULTIST

“The Enemy of Evil” « THE ADVENTURES OF THE ROYAL OCCULTIST

[…] creation of a number of supernatural sleuths, occult detectives and werewolf punchers, including Judge Pursuivant. But, arguably one of the more well-known of Wellman’s coterie of heroes is John Thunstone. Big […]

Manly and Me | HUNTING MONSTERS

[…] him, it seemed like I could read and read and never run out of stories about John Thunstone, Judge Pursuivant and John the Balladeer. But I did. Luckily, there were enough that I could start over fresh when […]

The Valley So Low | HUNTING MONSTERS