I’m planning a more lengthy post on the role of religion and spirituality in fantasy (expanding on some things I hinted at in my last post, which involved orc samurai), but the last couple weeks have been so crammed with lounging on beaches, jujitsu, and job hunting that I haven’t had the opportunity to give it the work it deserves.  So, instead, I present: 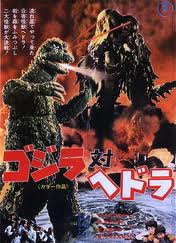 I can’t say I hated it, but it’s the kind of movie I kept trying to re-write as I watched it.  Next time, I’ll either actually blog about religion in fantasy, or I’ll apply my critical scrutiny to another coulda-been-a-contender flick: Godzilla vs. the Smog Monster.

Sean: I agree with all of your suggestions. Spot-on criticism.

Sean,
I’ve been avoiding the train wreck, but a part of me wants to go see Conan just to see how bad it truly is. I sort of feel left out, like the guy who drives past the car accident without rubbernecking.

Also, has anybody seen Solomon Kane yet?
Cheers,
NGD

My friends count me as a broken record on the Conan film, but I point people to Michael A. Stackpole’s adaptation of one of the ‘just prior to shooting’ drafts of the screenplay.

It’s what the film would have been like without Marcus Nispel as a director. Even allowing for the greater freedom of prose, it’s a much clearer story with a cleaner character arc for everyone.

And I’ve seen the Solomon Kane film. So far, aside from an underdone climax, it’s the best adaptation of a Howard work I’ve seen in terms of the actual tone. It proves you don’t need a huge budget to get it right, just people who actually get the material in command.

This is great — io9’s “A few rules you should follow before watching Conan the Barbarian”:

11. Make sure Marcus Nispel was at least a continent away from the filming of the movie.

They plan shouldn’t have made this movie.

We’d been waiting well into adulthood for KING CONAN and dragging Arnie back, “Pomp him Up” and do the movie.

And the “working formula” is, which they have not used since Arnie’s movie is; get a good writer and movie team and make an idea of what they make and then LEAVE THEM ALONE. Movies are ruined by “Too many cooks spoil the soup”. IMO the only reason Conan at first did that good was that the studio was just “Let’s throw money at this product…”

Frankly, even DH’s King Conan is much cooler; with him riding in on a “Fungi from Yuggoth” and the usurper turning white…”You–” — Conan “AYE, Traitor, it is me!”

Well I for one am glad that the root of much hate towards Conan 2011 has finally come to the surface.

That is to say ‘I could have written a better Conan story.’

(In all fairness yeah a lot of people could have written a ‘better’ Conan film).

Why do so many people think they can do Conan justice?

I’m not trying to say ‘REH was the best writer ever…die pagan/infidel/gentiles! Touch ye not the Sacred Nemedian Chronicles or suffer the endless hells of my legion abominations!’

I’m not trying to say people that come to BG and post, have been published in BG proper, etc, etc, are ‘worse/unworthy writers than/of Howard.’

I just saying why? Why in hell does everyone think they can do Conan ‘right’.

Hell even that De Camp guy thought he was worthy to sit on Conan/Howards bloody throne. Shit people. Why?

We do not need more pastiches to ‘correct’ older pastiches.

Not that we all don’t have our own projects, but how about a “Pitch In” anthology book project? Where we work out the $ to get it printed and in bookstores, divide it among contributors and make a mammoth “Independent” new adventures of Conan full of cool illustrations, comics, stories…

Just don’t use any refs to the later Pastiche/New Conan stuff made by Lin Carter/De Camp, Marvel Comics, Dark Horse, etc. I never wanted to express any malice to the town that Howard lived in, but after the latest movie…arrrggggg….

The fact is that when it comes to Hollywood movies, there’s a lot more to it than just writing a good movie. Let me paraphrase the wise words of the immortal Harlan Ellison:

“Trying to get a good script made into a good movie in Hollywood is like trying to carry a rose to the top of a mountain of sh*t. Even if you get to the top, it ain’t gonna smell like a rose anymore.”

This is why many of the best films are done by “auteurs”–those filmmakers who have the money/status to keep the meddling hands of studios and producers OFF their original vision.

What John Fultz says is very true. I’ve heard that sentiment repeated frequently by people inside and outside the film industry.

This is another one of those unfortunate corporate films-by-committee. The production companies raise the funds, they hire mercenary writers, directors, and crew all in a paint-by-numbers method. Sure the creative staff might be passionate, but they’re not the crew of one creative talent or team, there is no unified vision. The underlying major purpose of their project is to make money, so the companies meddle until they get the product they think will fit their target demographics. This happens more often than not for big budget movies.

Your anthology idea is interesting, but wouldn’t that just end up as another pastiche? Generation after generation of pastichers and pretenders have done the same, better if you organize an original S&S anthology that draws inspiration from Howard and not directly kick around in his sandbox.

I do not doubt that there are writers capable of honorable Conan pastiches.

I’ve read Conan and The Emerald Lotus and Conan The Road of Kings respectively and I think those were well intentioned and executed. Both fine examples of how pastiche is not a synonym for bourde.

I’ve read Songs of The Dying Earth. That is excellent. A fantastic example of pastiche work. Works that really stand on their own without a need to know Vances DE saga, or even be fans of the various contributors. Said works are only improved if one knows the DE of Vance well. Works that are unique but still keeping both the spirit (and the flesh!) Vances’ visions alive.

I would like to see something like Songs of The Dying Earth for Howards’ Conan. So much more than many people likely think.

A lot of thought has to go into that GreenGestalt.

Again I’m not totally opposed to the concept.

I am just pessimistic.

The road to hell is paved with good intentions.

Oh and your passion for undiluted Howard-Conan is to praised.

Thanks for the comments. I’m not dropping everything to make an amateur Conan thing, though it’d be a project I’d love to participate in, perhaps even start.

Think like the size of one of those “Del Rey” nice reprints of Howard’s major works. Essentially it’d be calculating the cost of getting a good # of copies printed and put on Amazon, in Barnes and Noble, Hastings, etc. Then it’d be divided up among the “Contributors” and F*ck if they are or are not an “Established Pro”. They’d need to be able to write a good story and if I ran the thing I’d make a “Howard Vision Quest” style mentalist ritual for the writers. Frankly, Howard was good at fantasy and plain fantasized he was Conan then hammered out the story. We’ve had a generation of people doing that thanks to his work being kept alive.

In abstract I might keep the “Right” to “Exclude” say someone somehow manages to make a worse plot than this movie… That’d be the punchline to my fav non-pc joke, where the Indian says “How?” But I estimate putting probably $1000 of your own money for an indeterminate investment is incentive enough to be absolutely sure you are doing an AWESOME Conan story.

What I AM thinking of doing is using a much more obscure Howard character, from a spicy story now public domain “The Purple Heart of Erlik”… http://en.wikisource.org/wiki/The_Purple_Heart_of_Erlik

For my own Pulp Magazine project I want to make a “Yellow Peril” character to come up in a later issue story, #3 at the earliest. Since, really, they are ALL “Fu Manchu” or what-not, why not just use Howard’s one and later write more stories for him? I’d of course lavishly illustrate the first story, adding to the work not just Cntrl+C, Cntrl+V…

It’d be interesting if anyone knows about:

1. How much DOES it cost to make (Print, get in retail distribution) a book like the Del-Rey Conan book? (and I’d include plenty of B&W illustrations, which shouldn’t be a problem now that it’s all digital) I don’t mean the tiny or print on demand vanity press, I mean a real print run.

2. COULD I get away with using that public domain story, long as I didn’t say (as if they did) use elements from a later Lin Carter/De Camp whatever re-write since it’s in the clear public domain window?