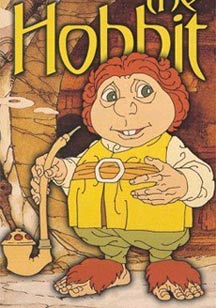 And this was after I’d heard that Guillermo del Toro was going to direct it. I was pretty disappointed that PJ wasn’t going to direct, but at least he was acting as executive producer, but he’d found a great replacement. (See del Toro’s wonderful Pan’s Labyrinth for more.) And! They had decided to split The Hobbit into two movies. Two! And it was all being held up by an (allegedly) greedy studio!

I shook my fist mightily upon hearing this news, yes I did. 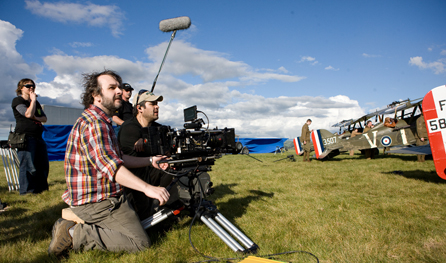 Well, later that year, September of 2008, the Tolkien estate settled with New Line. I was very relieved by this, not so much so that The Hobbit could be filmed, but because I didn’t want Tolkien’s estate to get ripped off. Terms of the deal were not disclosed, but given the hawkish way in which the estate guards over the Tolkien properties, I imagine they came close to the specified contractual agreements.

So good for Tolkien’s estate, and yay for Hobbit fans! The movie was back on. At this point the movie hadn’t done much in the way of pre-production, if any, so I knew it was going to be a while, so I just sat back and waited for the goodness to develop.

But then another hiccup came. Guillermo del Toro decided he could no longer wait for the studio to get their act in gear and move into production. They had had del Toro on hold for quite some time, during which del Toro couldn’t commit to doing any other work. At a certain point, he decided that the delays, plus the prospect of committing six years of his life to living and filming in New Zealand, was too much, and he stepped down from helming the film. This was a sad day, as I was looking forward to the vision del Toro was going to bring, but it opened up the way for Peter Jackson to step in and direct the films. So, bittersweet. I really do think del Toro would have done an amazing job with The Hobbit, which has a distinctly different tone from The Lord of the Rings. But if you have to go to Plan B, can you do any worse than the guy who developed and directed the first three films? No. No you can’t…

So finally, in the second half of 2010, the films went into production. Peter Jackson was at the helm, and… Wait a minute. Let’s get back to that “two films” thing. After looking at the material, Jackson and his crew decided it would be better if it were split into two movies. It didn’t seem to me that there would be enough material to do this, however. But it’s not only the primary tale told in the novel that they’re adapting to film, they’re also looking to bring in “the White Council and the comings and goings of Gandalf to Dol Guldur.” From Peter Jackson:

We decided it would be a mistake to try to cram everything into one movie. The essential brief was to do The Hobbit, and it allows us to make The Hobbit in a little more style, if you like, of the [LOTR] trilogy.

This, I must admit, I’m really looking forward to. As a writer, I realize that there were some very valid reasons for Gandalf to “be away” while Bilbo and his companions traveled to the Lonely Mountain, but I remember wondering over Gandalf’s travels while away from them. Where had he gone? Who had he seen? How had he and the Council of the Wise routed Sauron (posing as the Necromancer) from his tower? It’s going to be great seeing those threads played out on the big screen, let me tell you.

Ok, so back to PJ. Casting went into overdrive in the latter half of 2010. I won’t go into exhaustive detail. You can find out more at plenty of online sites, including TheOneRing.net. But here are a few that I’m excited about:

One final note: Filming was set to commence on March 21st in New Zealand, but due to the earthquake in Christchurch, it has been delayed. By way of honoring that country and the hardship they’re now facing, I offer this small reminder: the Red Cross and other fine charities will gladly accept any help you can offer.

Bradley P. Beaulieu is the author of The Winds of Khalakovo, the first of an epic fantasy trilogy available now from Night Shade Books. For more, please visit his website at www.quillings.com.

There was also a battle over union contracts at the end of last year, which delayed production, and nearly had the studio moving the whole production to Canada or the UK. I was glad when they settled that; I think the New Zealand backdrop lends a lot to Middle-Earth’s grandeur in the films.

Truly though, I’ve begun to fear this film is cursed in the same way the Spider-Man Musical is.

thebookishowl.com » Blog Archive » Checking in on The Hobbit

Great point about the union contracts. I had thought about that, and then completely forgotten to mention it in the post. And that’s funny about the Spider Man musical. I was thinking the same thing, only in reference to Terry Gilliam’s The Man Who Killed Don Quixote.

And thanks for the note on Richard Armitage. I’ll have to look out for him on the BBC, though I don’t have cable. Maybe I can catch it online…

Armitage was delightful as the brooding, misguided, dangerous Sir Guy of Gisborne in the BBC’s Robin Hood, and funny as the Handsome Stranger in The Vicar of Dibley. He’s got presence, and a great voice. He’ll do right by Thorin Oakenshield.

Radagast’s actor, Sylvester McCoy, you may also remember as the Seventh Doctor (Who), the last of the original TV show, the one who regenerates into Paul McGann for the TV-movie.

Unrecognizable beneath makeup in The Hobbit, he retains that quick and sprightly humor he showed as The Doctor.