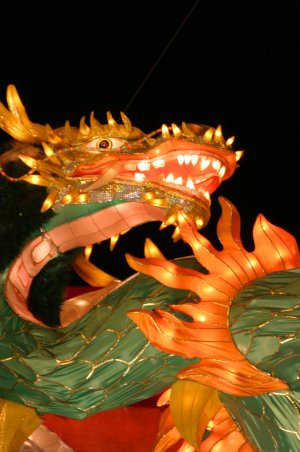 Because this series about riding about the dragon called Publishing is geared at writers just starting out writing fantasy stories and novels, I thought I’d pull together another list (I love lists!) that include all the helpful stuff I wish I’d known back in 1995, when I was just starting out.

YOUR FAVORITE STORY OR NOVEL THAT YOU’VE EVER WRITTEN SHOULD BE THE ONE YOU’RE WORKING ON RIGHT NOW.  Enthusiasm for your current project is priceless, in my opinion, and you should never rest on your laurels.  Always try to improve yourself as a writer, just like an athlete or musician always works to get better for the next big game or performance.

WRITE YOUR FIRST DRAFTS AS QUICKLY AS YOU CAN. Think of yourself as a bard or an oral tale-spinner standing in front of the king, unfolding your story to a slightly hostile, impatient, jaded audience — you won’t get a chance to go back and fix it once the words are out of your mouth. So get it right the first time out! Just let the story take over and have fun immersing yourself in the telling.

DON’T FORGET TO ADD THE SENSORY DETAILS. I really love the challenge set forth by author Dean Wesley Smith when he says “Try to incorporate all five senses in your story, every two pages.” A nice, measurable goal, and one that will get your reader inside the story, all senses firing. Same goes for setting details — give us specific descriptions of the place instead of falling back on bland descriptions.

ONCE DONE, AVOID THE URGE TO REVISE ENDLESSLY. Do a quick read of your story when you’re done banging it out and see where you may have left out an important plot detail or need to add a bit of foreshadowing. If you like having a first reader, send it to them. Just try not to tweak your work endlessly — you’re probably doing more harm than good fiddling with it. Get it done, send it out, and start something new.

WHEN SUBMITTING YOUR WORK, START AT THE TOP MARKETS and work your way down from there.  Don’t give a story (or novel) away without being paid for it, unless it’s a quality market that people actually read, and you’ve exhausted all other publishing options. Getting it published somewhere is still better than letting it sit in your trunk, never to be read.

LISTEN TO EDITORS, AND DON’T ARGUE with their opinions, unless the editor is suggesting you change something that you feel would ruin your story or hurt it in the long run, and even then, think HARD about it before arguing. Be professional in all interactions.

DON’T TAKE REJECTION PERSONALLY, just put that rejection slip in your files (or wastebasket) and send the story or novel out again.  Don’t waste time on rejectomancy, trying to figure out why that editor rejected you.  Send it out again and forget about it so you can back to work on your next story or novel!

FIND PEERS AT AND SLIGHTLY ABOVE YOUR LEVEL to exchange your work with, if you need that kind of feedback and support.  Find people who are hard-working and ambitious, and try to keep up with them. And take all their comments and suggestions with a grain of salt — always ask yourself: “Does this make my story better or worse?”

WRITE THE KIND OF NOVELS AND STORIES YOU AS A READER WOULD WANT TO READ.  Write the  kind of stuff you’d want to read and re-read, and also tell all your friends about. This thought has guided for me a long time, and helps me whenever I get stuck. (Also, when you get your story or novel published, you will have to read it at least 2-3 more times for copy-edits and editorial feedback, so you’d bettter like it!)

So… how about you other seasoned writers? What sort of tips would you give to your fellow writers who are just starting out on this quest?

Michael Jasper has published over four dozen short stories in Asimov’s, Strange Horizons, Polyphony, Writers of the Future, Interzone, and other fine venues, including Black Gate. His most recent novel is A Gathering of Doorways (Prime Books, 2009). He also writes the digital comic In Maps & Legends with artist Niki Smith, which begins its run in early September 2010.

[…] novel or even petty short story check out Michael Jasper’s article over at Black Gate.  “Climbing Aboard the Dragon:  Ten Things I Know Now….” A short list of things everyone should think about in their creative […]

[…] to help bring characters, the heart of your story, to life.  Jasper’s excellent “Ten Things I Know Now” succinctly outlines the rules of the road for a new […]

This is a terrific list. I covers just about everything. Kudos!

Uh, that should have read “It covers…”

Thanks for reading, John! I’m just getting caught up on YOUR series on writing here. GREAT stuff.

That’s the cool thing about writing — you never stop learning.