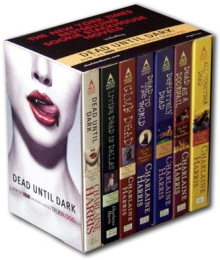 As 2009 comes to an end I find the events of the last twelve months firing past my sub-conscious like the recap sequence before one of those lame “it was all a dream” mini-series endings.

Unfortunately any list of highlights from 2009, besides proving that reality is far more frightening than fiction, would also be intensely boring.  I’ll leave that to CNN and NPR.

Instead, here are a few random thoughts – on Dacre Stoker’s Dracula the Un-Dead,  the Travel Channel’s Ghost Adventures show, HBO’s True Blood and the new Sookie Stackhouse novel, the upcoming film version of Elizabeth Kostova’s The Historian, the return of the Halloween, Costume and Party Show to Chicago, and more.

And here are a few more things to look forward to in 2010:

Here’s wishing you and your family a thrilling and adventure-filled 2010!  We have a lot of great things to sink our teeth into.

Black Gate » Blog Archive » The Historian, or An Excuse Not to Read Dracula, the Un-Dead

[…] a little nervous about taking it up. For one thing, the reviews are poor. Our own Sue Granquist wasn’t thrilled with it, for example, and she knows of what she speaks when it comes to Gothic literature. Another thing: […]