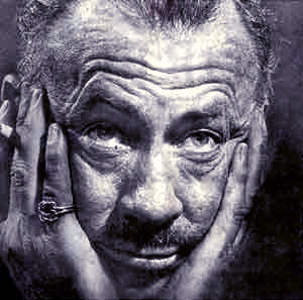 Most of us remember John Steinbeck (1902Ã¢â‚¬â€œ1968) for classic novels such as Tortilla Flat, Of Mice and Men, Cannery Row, The Pearl, East of Eden, and of course his Pulitzer and Nobel Prize winning masterpiece The Grapes of Wrath. But how many of us knew that at his death he left an unfinished adaptation of Mallory’s Le Morte d’Arthur, a labor of love he had been tinkering with for over ten years?

Mark Rigney, a longtime fan of T. H. White’s The Once and Future King and all things Arthurian, has perused the fine new edition of this book released last fall by Viking Press, with a foreword by Eragon author Christopher Paolini.