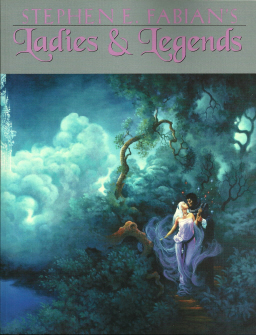 I brought home two boxes of treasures from the 2014 Windy City Pulp & Paper show in April. I’ve been very happy with my various finds, which included a rich assortment of eye-catching pulps, vintage paperbacks, classic anthologies, and hard-to-find fanzines and magazines. I’ve covered some of the more interesting items here in the past few months.

But I’ve saved the best for the last: a luscious collection of black and white artwork from one of my all-time favorite artists, Stephen E. Fabian.

A few years ago, Scott Taylor asked me to provide my list of nominees for his Top 10 Fantasy Artists of the Past 100 Years and I had Fabian right near the top, along with Wally Wood and Al Williamson. (None of those three made the list. Go figure.)

Stephen Fabian is one of the great craftsmen in all of fantasy. It’s not merely his command of the medium and his consummate technical skill… his art is genuinely beautiful (a characteristic I frequently find lacking with some of his contemporaries). Fabian has an unerring eye for composition, perfectly positioning his knights, mermaids, and grave robbers among moonlit ruins, floating fairy castles, and more imaginative settings.

He’s equally at home with humor, action, and horror, and all are on display in Stephen E. Fabian’s Ladies & Legends. He’s frequently at his best with pen and ink drawings, as he is here. This is a gorgeous book and, like the best fantasy artwork, it will set your imagination soaring.

Fabian has illustrated numerous authors and titles. I think I came across him first with his covers to the 70s and 80s Fantastic magazine, and in his marvelous work for Arkham House (such as this Basil Copper cover.)

The pieces in Ladies & Legends are taken from many sources, including Jack Vance’s Rhialto the Marvelous, Cugel’s Saga, Morreion, and Eyes of the Overworld; Gordon R. Dickson’s The Space Swimmers; Clive Barker’s Books of Blood; Keith Robert’s Anita; Darrel Schweitzer’s Tom O’Bedlam’s Night Out; Brian Lumley’s The Compleat Crow; and Fabian’s portfolios Conan: Queen of the Black Coast, Fantastic Nudes, and The Tower of the Elephant.

There’s also generous samples of illustrations from Weird Tales, Science Fiction Review, and other places — including this moody piece from Paul Ganley’s Weirdbook: 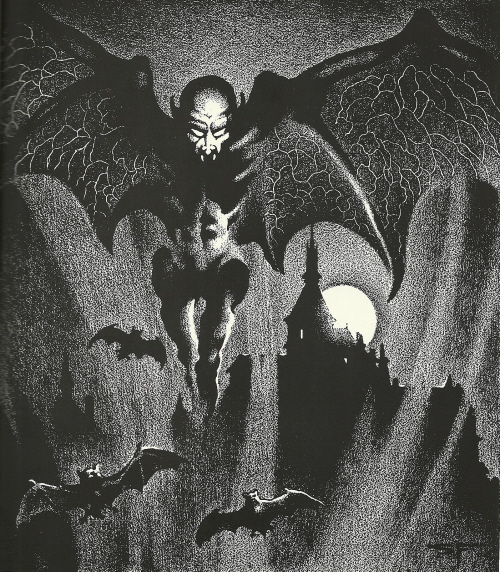 Fabian didn’t do a lot of science fiction… but when he did, every picture told a story. Here’s a full-page illo for Roger Zelazny’s classic tale “For a Breath I Tarry” (1980). 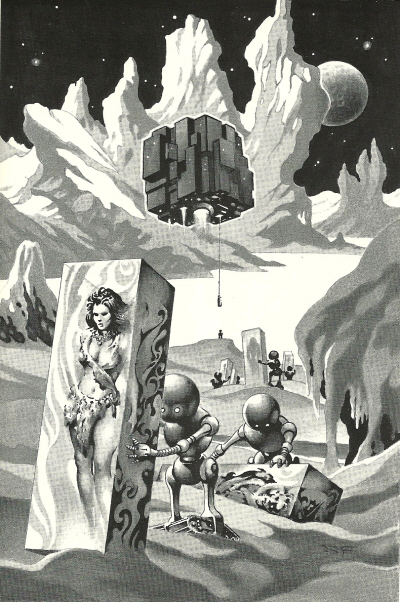 As much as I admire his magazine work, Fabian really shines in his portfolios, where we frequently find some of his most detailed pieces.

Here’s a few samples from his 1976 portfolio The Tower of the Elephant, inspired by the classic Robert E. Howard story. 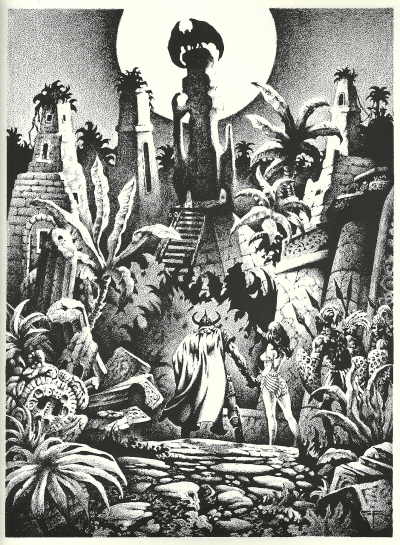 You can see why I admire his composition. 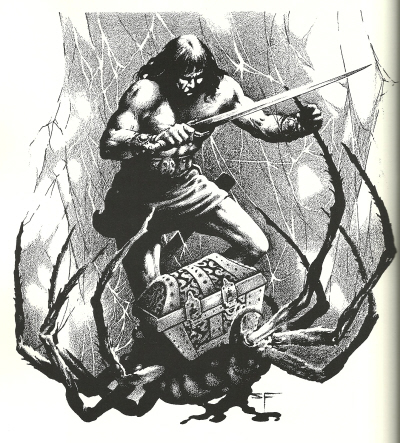 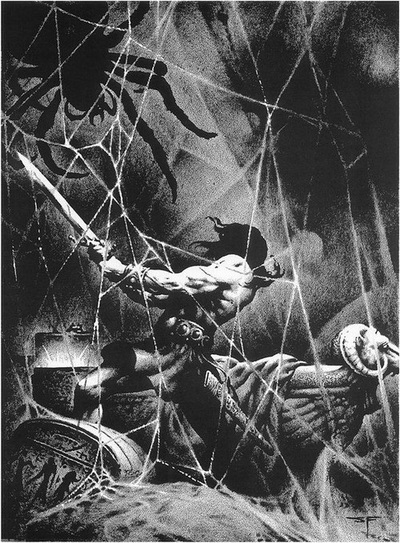 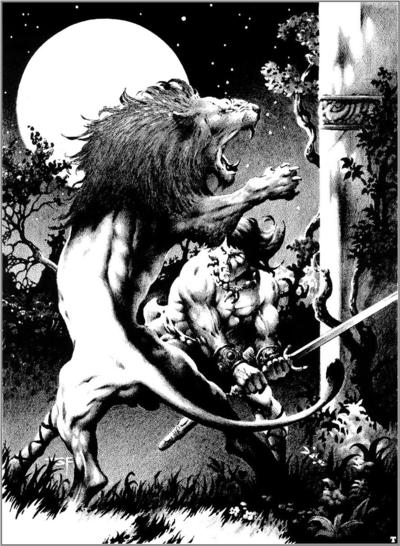 And here’s a fine character study from Brian Lumley’s The Compleat Crow. 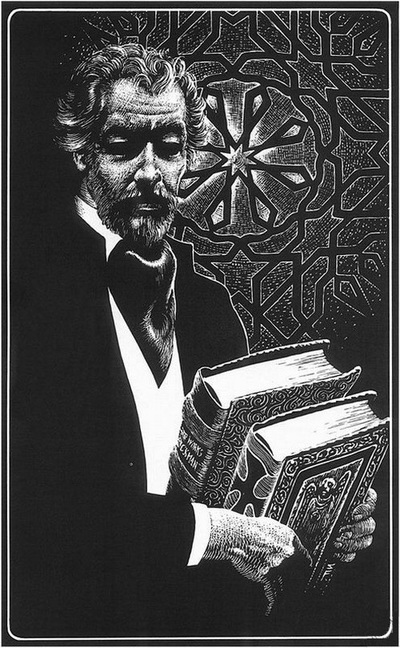 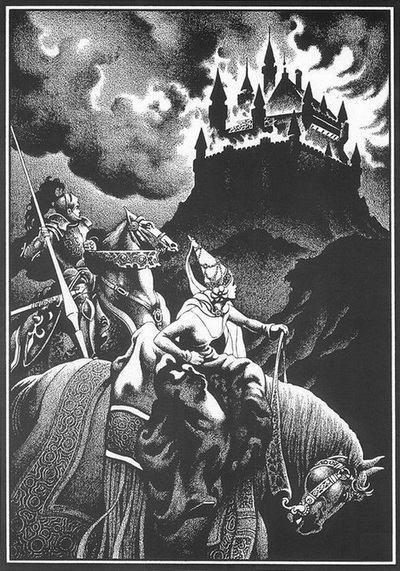 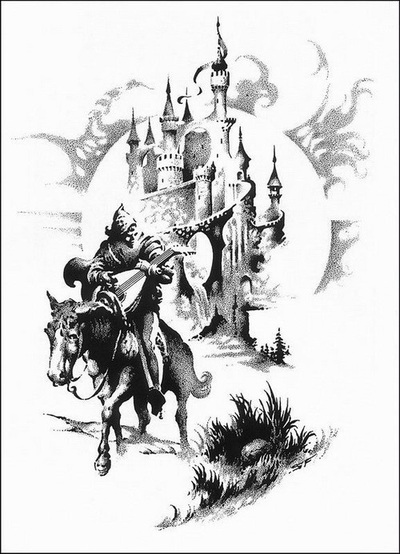 Fabian is equally at home in urban settings as he is among castles and shadowy ruins. To prove it, here’s a lovely piece from Darrel Schweitzer’s Tom O’Bedlam’s Night Out. 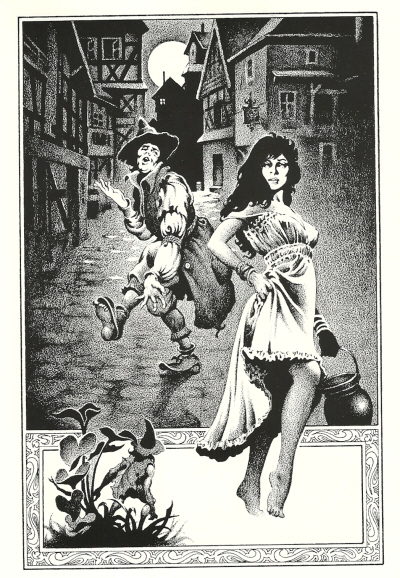 And did I mention his gift for composition? 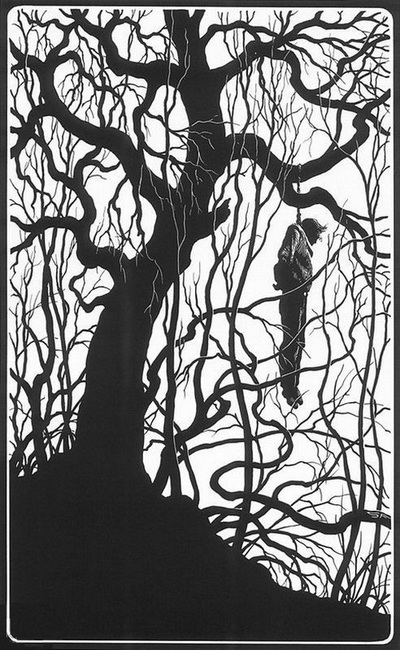 Jack Vance was a frequent source of inspiration for Fabian. Here’s a ghostly spectre from Vance’s Eyes of the Overworld. 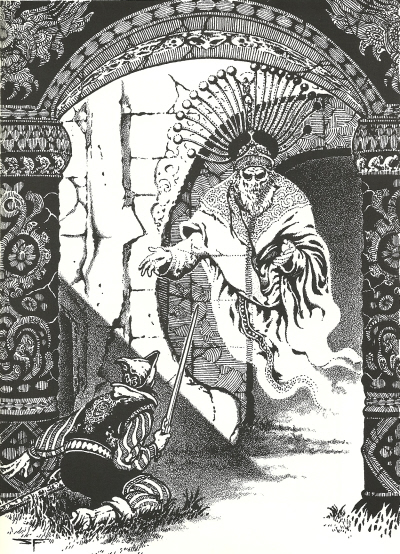 And one of his fine, spooky, underwater tableaus. 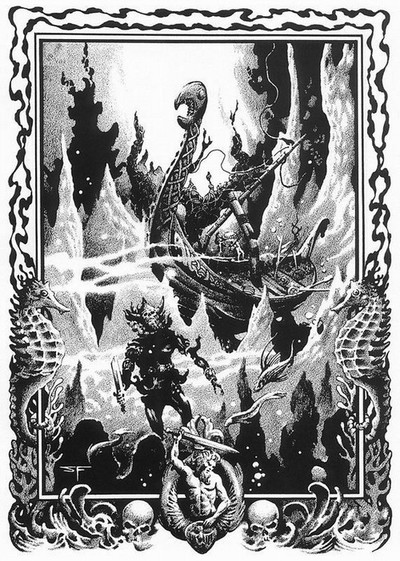 We’ve touched on a lot of Legends, but we’ve been a little light on the Ladies. I’m struggling to keep our PG-13 rating here, so here’s one of the tamer samples from Fabian’s Fantastic Nudes portfolio, this one featuring the lovely Duare from Edgar Rice Burrough’s  Pirates of Venus: 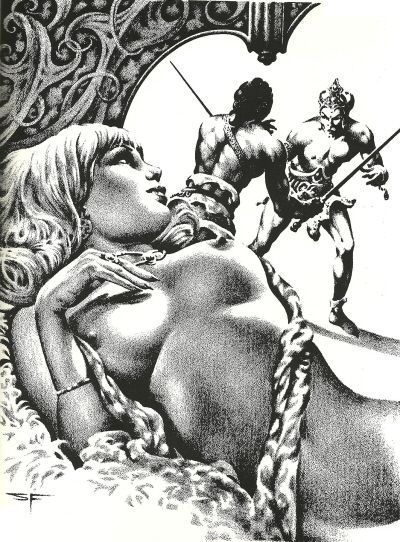 There isn’t a great deal of nudity in Ladies & Legends (if you’re concerned about that sort of thing), but there is certainly some. I do appreciate the fact that the characters Fabian depicts nude are actually nude in the original texts — as in the case of Edgar Rice Burroughs’s Duare and H. Rider Haggard’s Ayesha, for example. It’s a small thing, and perhaps that doesn’t make it any less gratuitous, but there it is.

I found Stephen E. Fabian’s Ladies & Legends a delight from start to finish. The image reproduction is excellent and you can see a wide range of styles on display. Every image is given a full page. It would have been nice if there had been a color section — Fabian has done some really splendid color work over the years — but really I have no complaints.

If you’d like to see more samples from the book, there’s a fine collection of online scans here.

We looked at Stephan Fabian’s beautiful covers for Fantasy magazine in the 1970s and ’80s here.

Stephen E. Fabian’s Ladies & Legends was published in 1993 by Underwood-Miller. It is 136 pages with an introduction by Gerry de la Ree. It is priced at $14.95 in oversized paperback. I bought a new copy for $8 from Maureen at Adventure House at the Windy City Pulp and Paperback show, along with 64 issues of Interzone, part of the fabulous collection of Les Mayer, a member of First Fandom.

So far, I’ve covered the following treasures found at Windy City this year:

I remember Stephen Fabian best from the various Ravenloft books and the Known World Gazetteers he did for TSR back in the day.

Gave both sets of product lines a really cool gothic feel to them.

You know, I completely forgot about those. And you’re right, I think they suited the Ravenloft aesthetic nicely.

I’ll have to ask Scott Taylor if he’ll do an ART OF THE GENRE look at Fabian’s TSR work… I’m sure he would do a more thorough job than I.

My favorites of his were the Ravenloft Darklords book and the Glantri Gaz. Side by side they seem made for each other.

Hey, thanks for posting this!
Just did an Amazon search and lots of these books are used but good condition dirt cheap. Not just this one but “Women & Wonders” has a bunch of good condition used $5 and up! Beats the $100, $200 scalpers last time I checked… also lots of stuff he’s had a hand in, like Wierdbook, lots of illustrations, etc.

On a similar note, John, there’s the Karl Wagner Kane stuff dumped to Kindle and Google books ->cheaper in the latter. Also Akers Scorpio series… Might be a good article there?

Those are gorgeous. There’s some Howard Pyle influence in that composition.

Your observation that his nude illustrations are grounded in their original texts definitely makes Fabian more interesting to me. Does anything endear an illustrator to writers more than an ethic of textual accuracy?

The thing that amuses me about the nude above is that the woman is watching two men embark on mortal violence just a few feet away from her, with big swords that could easily get close enough to her to ruin her whole day, but instead of getting out of their way, she gazes at them as she might at a springtime meadow blowing in a breeze.

Either Duare is a lot tougher than she looks, or she hasn’t thought her predicament through.

[…] can see more of Fabian’s artwork in our detailed look at Stephen E. Fabian’s Ladies & Legends last year, and read more about Weirdbook (including their recent call for book reviewers) at […]