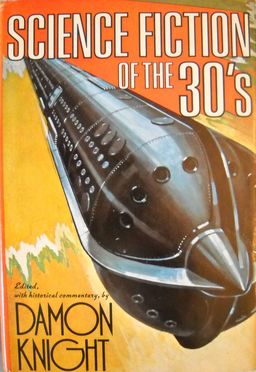 Windy City Pulp and Paper is a fabulous convention and, as its name implies, it’s focused mostly on vintage magazines and paperbacks. Wandering the vast Dealer’s Room is like stepping into a Cave of Wonders for fans of pulp science fiction and fantasy.

But it’s also a den of surprises and a pleasant one awaited me while browsing a table piled high with pulps and digest magazines. A hand-written sign proclaimed all items were “3 For $10,” so I decided to spend a few minutes exploring the heaped stacks. Buried under a loose pile of Science Fiction Quarterly magazines and Amazing Stories, I found a lone hardcover volume: Damon Knight’s pulp anthology Science Fiction of the 30’s, in much better shape than my tattered copy.

Well, that was certainly worth $3.33. It didn’t take much effort to find two other worthy treasures (a July 1948 Fantastic Novels pulp with a classic Lawrence cover and the January 1956 issue of The Original Science Fiction Stories with a James Blish cover story, which looked like it had just come off the magazine rack.) I plunked down my ten bucks and fled before the vendor changed his mind.

Science Fiction of the 30’s was one of two great pulp anthologies I read over thirty years ago — the other being of course Isaac Asimov’s marvelous Before the Golden Age. Those books, together with Jacques Sadoul’s art book 2000 A.D. Illustrations From the Golden Age of Science Fiction Pulps, ignited a love of pulp fiction in me as a young teen that never died.

Damon Knight was an early member of the Futurians and edited his first fanzine, Snide, when he was barely a teenager. He grew up reading SF magazines in the 30s and a collection of stories from the Golden Age of the science fiction pulps was something he’d wanted to do for decades… at least, until he abandoned the project as unworkable in the early 70s. 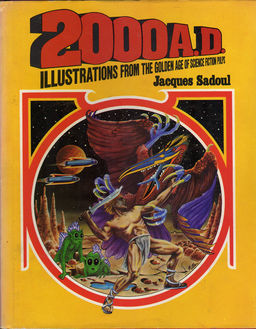 Knight famously wrote a cranky essay about the disappearance of SF’s old guard, “Goodbye, Henry J. Kostkos, Goodbye” in 1972. Kostkos was an early (and now long-forgotten) pulp writer whose first story, “The Meteor-Men of Plaa,” appeared in the August-September 1933 issue of Amazing Stories.

But then Asimov’s Before the Golden Age was published in April 1974 and was a major success. The English translation of Sadoul’s 2000 A.D. followed in 1975.

Knight’s Science Fiction of the 30’s appeared the next year, in January 1976. I have no hard evidence that Asimov and Sadoul’s volumes directly inspired Knight to reevaluate his own dream project — no evidence besides the book’s Foreword that is, which reads as follows.

In compiling this volume I have partially fulfilled an old ambition, one which I thought I had given up years ago — to reread all the old science fiction magazines I loved when I was young and write their critical history. I wrote about this in in essay called “Goodbye, Henry J. Kostkos, Goodbye” (Clarion II, edited by Robin Scott Wilson), where I said the project was no longer possible because there was no audience for the old stories, and, in addition, because they were all junk. This was sour grapes. In fact, as you will see, many of the forgotten stories of the thirties are neglected gems. Only a few of these have been previously reprinted; most exist only in the original magazine versions in the hands of collectors and in libraries. Jacques Sadoul, who undertook my project when I announced I had given it up, remarks in Les Meilleurs Recits de Astounding Stories [Editions J’ai Lu, Paris, 1974] that only ninety percent of the stories are worthless and that this confirms to Sturgeon’s Rule (“Ninety percent of everything is crud.”) He is exactly right. I owe grateful appreciation to him, to Howard DeVore, who lent me hundreds of magazines from his immense collection, and to my editor, Barbara Norville. 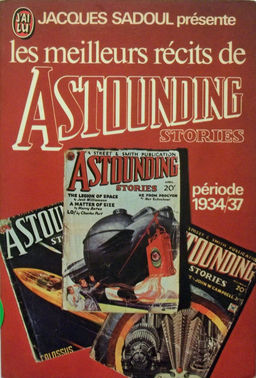 Knight was grateful enough that he dedicated the book to Jacques Sadoul. And the following quote appeared on the back cover:

There isn’t a science fiction personality in the business as noted for his good judgement with respect to s.f. literature as Damon Knight. Any anthology he edits is bound to be good, and it is a pleasure to have him turn to the exciting decade of the 30s for one.

Science Fiction of the 30’s made quite an impact on me when I first read it. While it’s a very different book than Before the Golden Age, it’s still packed with top-notch tales of pulp adventure and it introduced me to several classic pulp writers.

In fact, I’m pretty sure I read my first Murray Leinster story in Science Fiction of the 30’s:  the novella “The Fifth-Dimension Catapult,” the first Tommy Reames adventure.

Reames, a brilliant mathematician and physicist, responds to an odd summons to the home of Professor Dunham, where he finds the professor and his daughter marooned in the Fifth Dimension… a bizarre and potentially deadly landscape of unearthly flora and fauna. It originally appeared in Astounding Stories of Super-Science, January 1931.

I liked the story so much that I reprinted it in Black Gate 9, with the original artwork by Wesso. I had hoped to reprint the sequel, “The Fifth-Dimension Tube” (from the January 1933 issue of Astounding Stories of Super-Science), but alas Black Gate didn’t live that long. 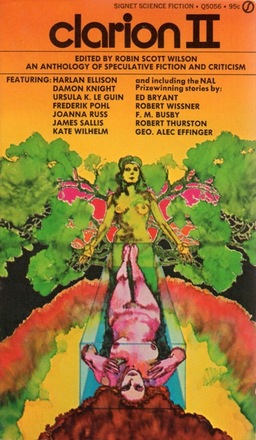 Knight delivers on his promise to write a critical history as well. He includes three non-fiction pieces bracketing the tales, focusing on the history of the magazines and their editors: The Early Years (1931-33) , The Middle Period (1934-36), and The End (1937-39).

The book also includes a smattering of b&w reproductions of pulp covers, as well as the original art that accompanied the magazine appearance of each story.

Science Fiction of the 30’s was reprinted by the Science Fiction Book Club simultaneously with its original release in January 1976. Both of my copies are the SFBC edition, and in fact those are the only ones I’ve ever seen.

There were no additional volumes, which always disappointed me.

Science Fiction of the 30’s was edited by Damon Knight and published by Bobbs-Merrill Company in January, 1976. It is 465 pages, originally priced at $12.50 in hardcover, with a cover by Howard V. Brown. I bought my copy (a SFBC edition) for $3.33.

I’ve never seen the paperback or trade hardcover of this book, but I do have the SFBC edition. I’ve also go the SF of the 40s and 50s paperbacks. Great stuff.

[…] I talked about finding a copy of the hardcover edition of Damon Knight’s Science Fiction of the 30′s on a sale table at Windy City Pulp and Paper for just $3.33. Items on the table were priced at 3 […]

[…] at right. I first discovered pulps in the mid-70s, in Jacques Sadoul’s marvelous art book 2000 A.D: Illustrations From the Golden Age of Science Fiction Pulps, and finding these paperbacks on the shelves proudly proclaiming their pulp roots at around the […]