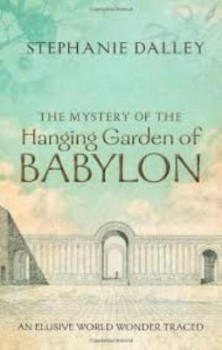 Whatever the truth, in my reading, I pretty much alternate mostly-historical non-fiction with SF&F.

In no particular order, here’s some of my favorite History books, the ones that strike a fantasy chord.

1. The Mystery of the Hanging Garden of Babylon: An Elusive World Wonder Traced – Stephanie Dalley

Well-written, but probably for the enthusiastic amateur or somebody inoculated by academia, this book digs into the reality behind the Hanging Garden of Babylon, and in doing so plunges into the slow-motion brawl that is Babylonian, Assyrian, and Persian history.

We glimpse the lost Indiana Jones era of Middle Eastern Archaeology, scrabble through the roots of Western Civilization, and get a sense of a world of ancient kings, their empires, and the massive structures they created.

It just needs Conan to wander in from the desert… 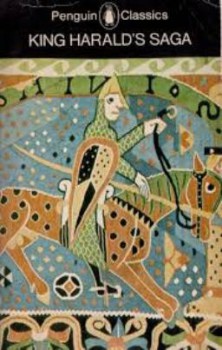 Henchman: “Harald! We must be near land. I see camp fires beyond the fog.”

Harald: “No, those are not camp fires. The fog ends a little way from us. What you see is the sun flashing on hundreds of gilded dragon prows.”

Yes, this is a 13th century saga–strictly speaking an excerpt from a Norse history — that has its own Viking Metal soundtrack (or by Thor it should!).

Harald freeboots through the Northern world, travels across Russia to Constantinople, serves — in wily fashion — in the Varangian guard, then comes home to found his own empire, only to lose it all at Stamford Bridge in AD 1066.

Harald is the archetypal amoral barbarian chieftain made good. Read this book to really understand his world, and worlds like it, from the inside.

Rebel Chief come to parley: “Gosh the King’s audience chamber is rather dark.”

3. Why The West Rules — For Now: The Patterns of History and What They Reveal About the Future by Ian Morris 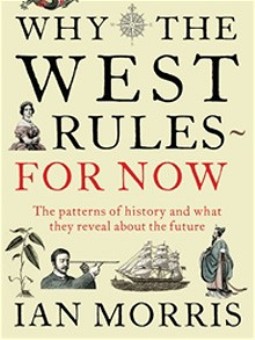 You know how we love stories of the ebb and flow of civilizations, from Tolkien’s background material, through Howard’s essay on the Hyborian Age, to the integrated backstory of works like Michael J Sullivan’s Ryrie Chronicles? How we also like playing Civ and Rome Total War?

Well this is it for our world.

Morris, a Stanford Classics professor, takes a nuts and bolts approach to the story of civilization.

It’s all about geography: natural boundaries fostering different sizes and thus kinds of state, natural resources driving industry, location driving exploration and trade… and the mesmerizing world heartbeat as civilizations expand until they collide, giving each other the Kiss of Black Death. A mind-blowing read and well written.

4. The Unconquered Knight: A Chronicle of the Deeds of Don Pero Niño, Count of Buelna

It’s the early 15th century. A Spanish “Crusader” ship pushes up a North African canal and crashes into a Moorish warship coming the opposite direction. The knight leading the crusaders is Don Pero Nino. He’s only wearing half his armor due to an earlier injury, but this doesn’t stop him from leaping onto the enemy ship. 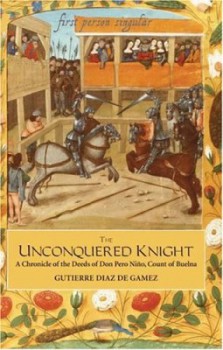 Unfortunately, the collision is what Physics teachers call an elastic one.

The ships bounce. Don Pero Nino finds himself alone on the prow of a Moorish vessel full of very angry Moors. Meanwhile, the locals beset the Crusader vessel from both sides. The Crusaders drive them off with pikes and crossbows, then sail on to retrieve Don Pero Nino’s body, only to find the knight still holding his own, armor spattered with blood, a mound of dead Moors serving as a barrier.

Don Pero Nino, you see, was like Achilles in the film Troy, except real, better armored and living in the early 15th century.

More brave than clever, he once attacked Southampton, thinking it was London. A kind of extreme sportsman, in his youth he grew bored during a siege and singlehandedly stormed the fortress’s stockaded outwork, fighting until his spear broke. He returned to camp with a palisade log as a trophy.

Read his story to get a sense of what a supreme swordsman would be like and the superhuman deeds he could accomplish.

M Harold Page (www.mharoldpage.com) is a Scottish-based writer and swordsman. His books are on Amazon and are all about how people can solve problems nonviolently by sharing (but usually prefer to resort to violence).

Very interesting ! I will definitely be looking for #3 and #4 my next trip to the bookstore. Hopefully not only British editions. Though not sure how historically accurate it is, thought Poul Anderson’s fictionalized account of the life of Harald Hardrede – “The Last Viking” was a great read.

It’s a good read – I actually made it my son’s bedtime story back when he was seven.

Those look really interesting. Thanks for this article.

OK, I’m going to have to hunt these down.