In May of 2010 I posted two short essays about something that had been a kind of holy grail for me: obtaining a book deal with a major publisher. That first essay is about the power of making connections; the second concerns itself more with the specifics of my own novel contract. In this third essay I thought I’d talk a little about what happened once the book contract was signed. 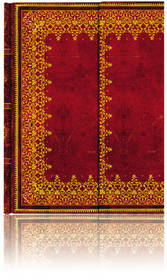 The advice you usually hear is to not quit your day job, so you may be wondering why I did so, since, as I previously mentioned, I was not awarded a gold-plated limousine with my new book deal.  I have a spouse with a good income, and my advance was more than I would make in a year teaching as an adjunct professor at the local university, so my wife and I decided to have me try writing full time to see how it would all pan out. It is not as great a gamble as it might be for someone with a more permanent position, as I can always return to teach more adjunct classes.

In January I began to draft the promised second book. I continued to work away at it until I got the chance to submit a book proposal to a brand new novel line at Paizo. I had enjoyed my communications with Paizo’s Erik Mona and James Sutter during my years at Black Gate, and I’d thought highly of their game products, so I tossed my hat in the ring. The result was another book offer, which has kept me so busy for the summer that I pretty much disappeared from the Black Gate board. I have enjoyed working with the Paizo folks, but as that editorial process is just beginning and that for my first book is wrapping up, I thought I’d talk today about the steps of novel deal one.

After the manuscript had been accepted for The Desert of Souls it was time for the editorial pass. This isn’t merely a typo check; a good editor combs through a manuscript and looks for boring parts, scenes that aren’t clear, weak word choices, and other problems, points them out, and even offers suggestions. I sometimes hear horror stories about editors, but I am very lucky, for Pete Wolverton’s suggestions were excellent, helpful, and really improved the novel  (I’m not just saying that because he’s likely to read this, either). He knew the characters so well he was even able to point to a few spots where the characters didn’t sound like themselves.

Addressing the issues Pete found took several back and forths, and all the while he was sending me cover sketches from the art department to look over, asking questions about what I thought of various fonts, and generally keeping me involved in what the final outcome would be. I hear that not all editors or publishers do this, so I remain grateful. Once the “final” draft was turned over, I got my second check, and shortly after that I received a packet with copyeditor suggestions. This was more of the typo/grammatical hunt some people think when they hear “editing.” Once I had approved or denied suggested copyeditor changes and turned the manuscript back over there was a brief lull, and then the final page proofs showed up. During final proofs I made sure the changes I’d approved or denied were taken care of, and gave the manuscript a final readthrough. These I just finished yesterday.

But there’s more to all this then simply working with words and approving things. The marketing process has begun, and I’m a part of it. Pete has been reaching out to authors to collect cover blurbs and I’ve been doing so myself. Next will begin the process of getting the advanced reader’s copy, or ARCs, into the hands of bloggers or reviewers, but that won’t happen until much closer to the release of The Desert of Souls. When I finish the draft of the sequel to The Desert of Souls this fall, I need to construct an author web site, and regularly place things there.

Why an emphasis on marketing? Every author has to think of himself or herself as a brand, and I need to make sure that people are aware of this one. If this book sells, after all, more contracts will follow and I can pursue the career I’ve dreamed about since I was very young. That’s certainly worth my time!

I’ll give further updates about this entire process as the book moves closer and closer to its release. I hope you’ll keep your fingers crossed for me.

Thanks for the update Mr Jones. I’m definitely looking forward to TDoS. Best of luck on your continued success.