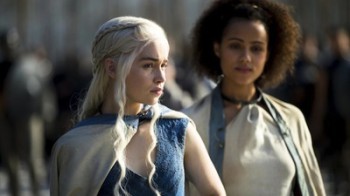 Though it’s one of the best works in the epic fantasy genre, there’s no denying that George R.R. Martins A Song of Ice and Fire series has its share of flaws. The HBO series, based on the books, lacks in some areas in comparison (simply due to a more compressed narrative), but has proven itself to be as good, if not better, than the source material – especially when it comes to plot execution.

Which is why last Sunday’s finale (available on demand through HBOGo or DirecTV, if you haven’t seen it already) was as filled with surprises for those who have read the book as it was for show-only fans.

SPOILER ALERT! Spoilers for the Season 4 finale ahead.

For instance, as much as we love Daenerys, it’s obvious her story was in danger of becoming somewhat dry, which led the show’s editors David Benioff and DB Weiss to make the decision to bring the period of her rule in Meereen forward in time, as opposed to when it occurs in the books. They made the same choice with Bran Stark, who at the point in the novels where the events of the finale are happening in King’s Landing has yet to even cross the Wall.

The show’s producers also fleshed out what had been insignificant or smaller scenes, such as the battle at Craster’s Keep, and reorganized the series of events for most significant impact. Imagine if Jaime hadn’t been around to watch his son Joffrey die -– in the books, he returns shortly after, instead of weeks prior.

END_OF_DOCUMENT_TOKEN_TO_BE_REPLACED 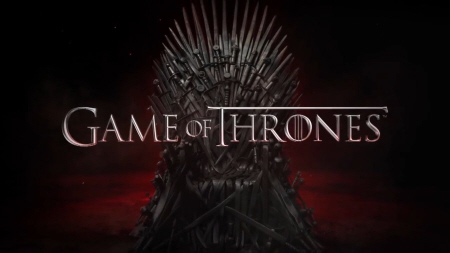 It’s rare a show comes along that leaves readers wondering whether the book or screen version is better.

Generally speaking, film and television adaptations rarely live up to the complexity and depth of novels. In an effort to condense plot and keep things moving relatively quickly, and understandably, shows and films often act as the tip of the iceberg.

The original works, however, are more likely to reveal the underlying complexities (the rest of the iceberg, you might say) and true personalities of most of the characters. And, as expected, whole scenes are generally chopped from the film version due to lack of time.

So, of course, when a show like Game of Thrones comes along (the fourth season of which will be starting next week), that has some fans claiming the show is as good, perhaps even better, than George R.R. Martin’s A Game of Thrones, then we have no choice but to examine the merits of each.

In my opinion, the show lacks in several major areas. First: relationships.