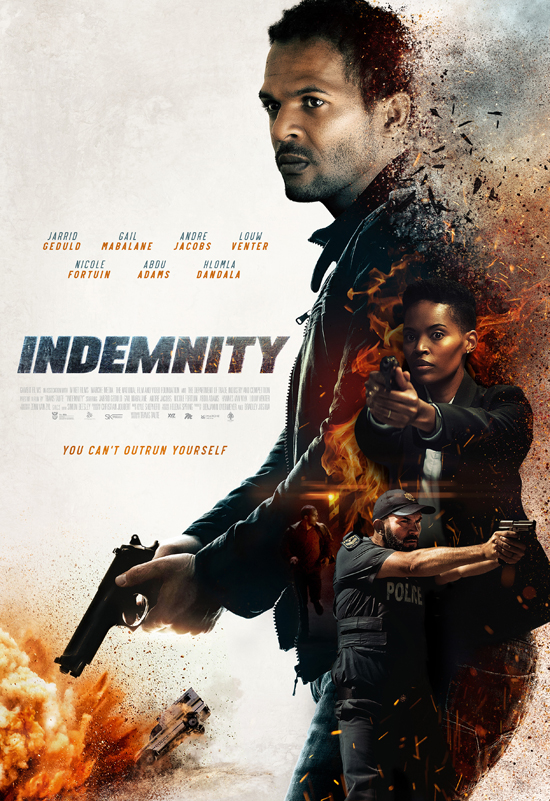 One of the more chilling films I saw at the 2021 Fantasia Film Festival was “Please Hold,” a 19-minute short film directed by KD Dávila and co-written by Dávila with Levin Menekse. It’s not chilling in the way of a horror film, but of well-done near-future science fiction. In a North American city not too far away from now, a drone arrests a guy, Mateo (Erick Lopez), on his way to work. Mateo hasn’t done anything, but he can’t argue with the drone. He’s stuck in a cell with a computer screen, and has to try to navigate unhelpful menus just to place a phone call and find a lawyer and find out what the hell he’s doing in jail in the first place.

The film manages to find ways to make a story that’s basically a man interacting with a screen visually interesting. But the cleverness of the script is really what makes the story work. Mateo has to struggle with a system that’s clearly not designed with justice in mind, but with extracting money from anyone unlucky enough to get caught up in it. Unreadable terms and conditions scroll past as he tries to figure out what’s going on. The system forces him to labour in order to have a prayer of getting anywhere. The movie’s in all an extremely sharp look at the way various technologies are converging with the noxious for-profit prison system to create a new kind of hell, and it’s well worth watching.

Bundled with the short was Indemnity, a South African action-thriller. South Africa’s been developing quite a genre film culture in recent years — beyond science-fiction like District 9, consider previous Fantasia offerings like Five Fingers For Marseilles and 8, to say nothing of Fried Barry. So I was looking forward to seeing what this movie brought. If it doesn’t reinvent the wheel, at least it satisfies expectations in the way you want from a good honest genre tale.

Written and directed by Travis Taute, it’s the story of Theo Abrams (Jarrid Geduld), a firefighter recently forced to retire due to PTSD. His wife Angie (Nicole Fortuin) gets involved in a possible exposé of a conspiracy involving a major defence contractor named M-Tech, and then ends up dead with Theo the apparent culprit. A stunned Theo’s arrested — but then narrowly escapes an attempt to kill him while in custody. He has to flee the police, find out what’s happening, and try to take to take down the sinister M-Tech.

It’s a simple, almost classical set-up for an action movie: one man with the world against him, fighting to expose corporate machinations. Theo’s investigations lead him to a helpful ally who promises answers (Abduragman Adams), but also into a series of action set-pieces that put him in hand-to-hand combat, gun battles, and an attempt to escape pursuers by dangling from a skyscraper window high above the street. (Which was apparently shot without special effects; the actors in this film also did their own stunts, and there are quite a lot of stunts.) We see Cape Town from a number of different angles, glossy and grimy, and in the end there’s a satisfying explosive finale. 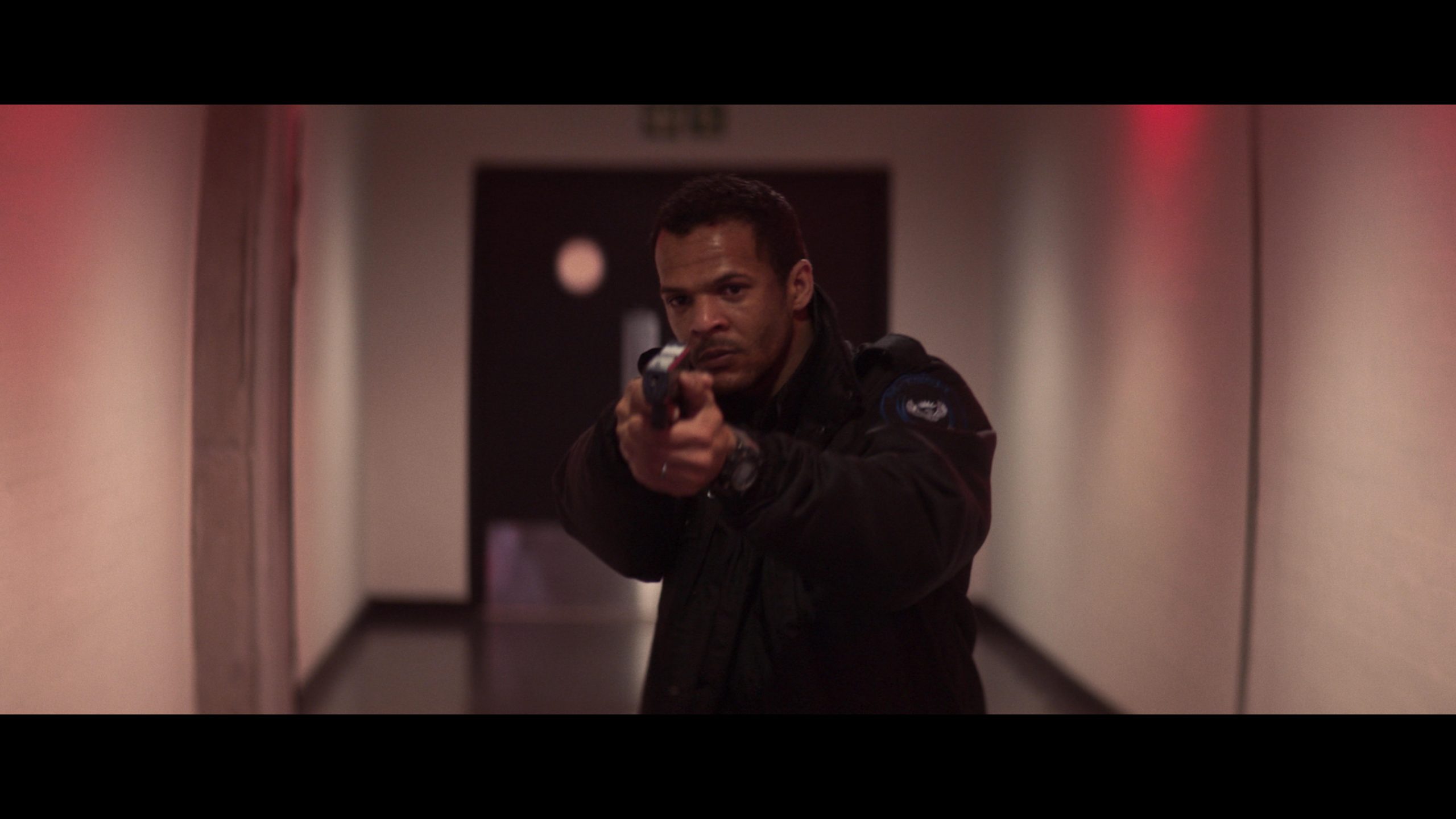 Which is all to say that this is an action movie that knows what it is and does what it wants to do within the confines of its genre. It’s the kind of movie with lines like “I’ll find out who’s responsible. And then you’ll all pay.” And it makes it work. The set-pieces are distinctive and well-staged, with clear stakes and different feels; this isn’t a series of gun battles. There are gun fights, yes, but also knife fights, also acrobatic escape scenes, also a warehouse fight that goes a lot of different places.

It never really feels old, I think because the movie knows what it’s doing — it lets its affection for previous action films give it ideas, but doesn’t follow hidebound formulas. It’s not so much that it reinvents the formulas it uses, as it uses them knowing what they’re there for. And it does find some interesting twists, notably in the way Theo relates to the two main cops pursuing him. 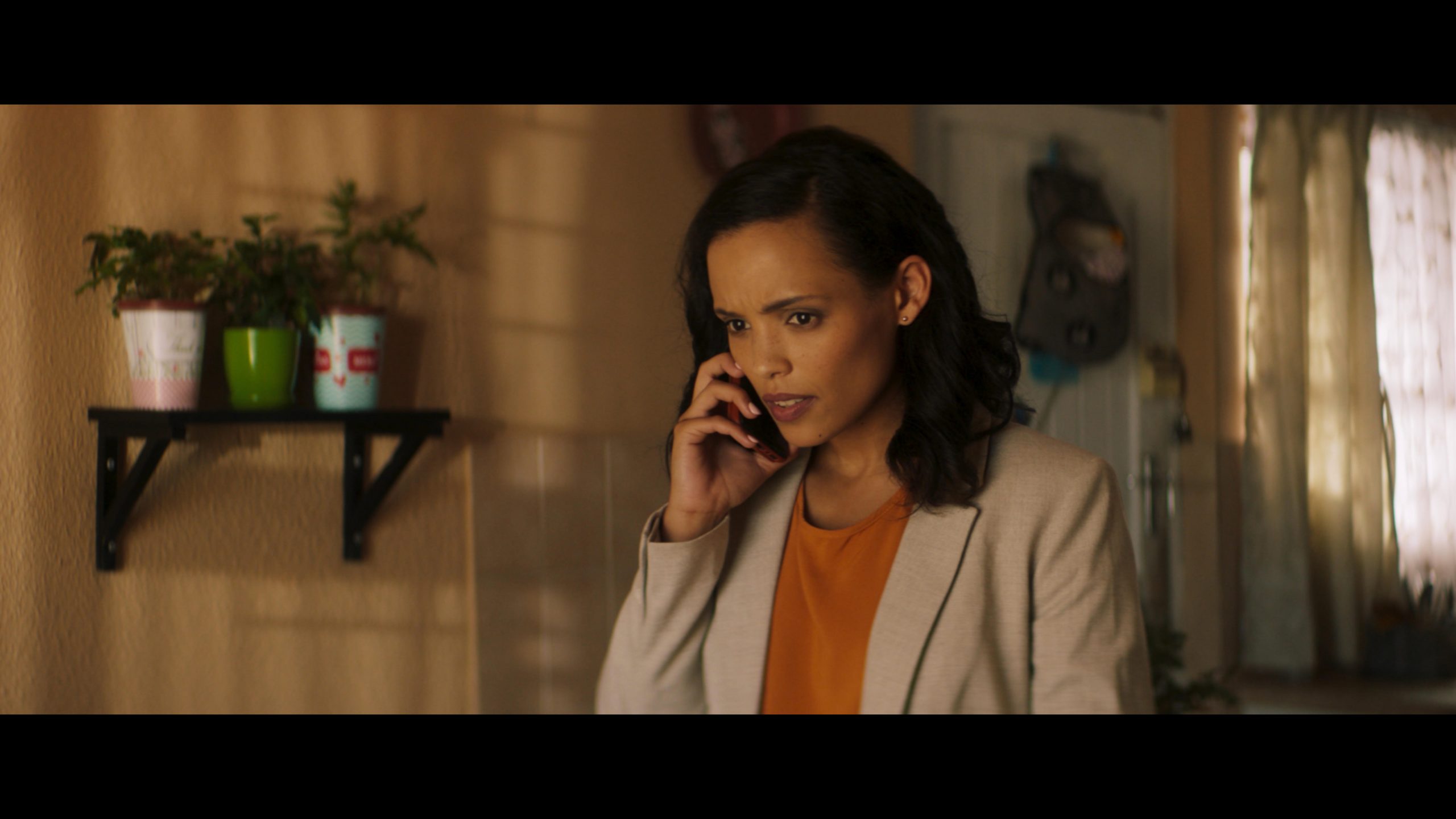 I will say that some viewers will find it unfortunate that Theo’s wife dies. She’s established as an intelligent, interesting person, and her death feels like a fridging of a female character. I personally feel the problem is not that this sort of thing happens to women so much as that it doesn’t happen to men, but in any event it’s there. At least I suppose it establishes that this is a movie that’s not afraid to build up a body count.

Overall the plot construction’s extremely strong. The mystery unfolds at a good pace, and Theo’s pursuit of answers feels vaguely credible for an action-movie world. Sure, he’s able to walk away from physical punishment that probably should leave him in hospital, but this is the sort of movie where we accept it; the sort of movie where the hero walks in to a storefront business and turns the ‘Open’ sign in the door to ‘Closed.’ Where he confronts a villain and lays out most of the villain’s plan in dialogue only to add “there’s just one thing I can’t figure out.” There’s something almost relaxing about the movie’s enjoyable use of tropes, the pleasant sense of being in the hands of storytellers who know their business. 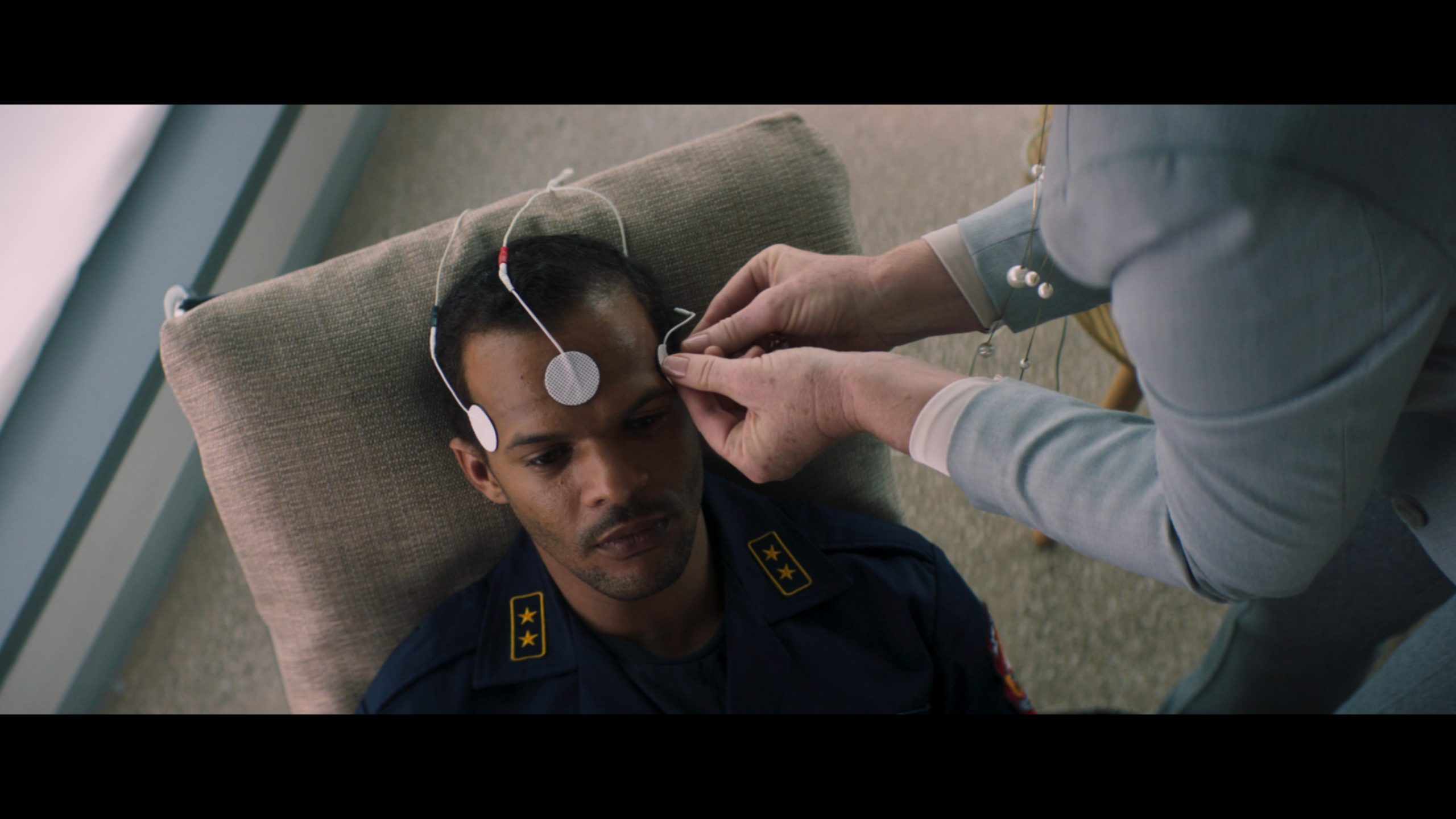 In fact the worst thing about the movie is that it’s overall a bit slow. I say ‘overall’ because I can’t really point to a single scene that I feel dragged. Everything has its purpose, every scene’s doing something and usually multiple things. But collectively there’s a sense that the film doesn’t put the pedal to the metal. It’s not exactly leisurely, but the rhythm of the scenes doesn’t accelerate the way you might expect. The movie’s 124 minutes long, and you do notice the length.

I will specifically say, though, that that while there are a number of scenes especially early on that develop character in non-violent ways, it’s not these scenes that slow the movie. You expect a few brooding moments early on, and the establishment of Theo’s trauma and his past with his co-workers at the fire station not only sets up later plot points and settings, but also helps us get a sense of who he is. Sure, as a firefighter he’s the kind of physically fit guy who can run around and be an action hero. But he also has mental scars, and a community behind him, and struggles with being barred from the job he expected would be his for the foreseeable future. These early scenes are enough to set up the slow build of the action and bring us into Theo’s world — and prepare us for the way Theo’s world turns strange and tightens around him. 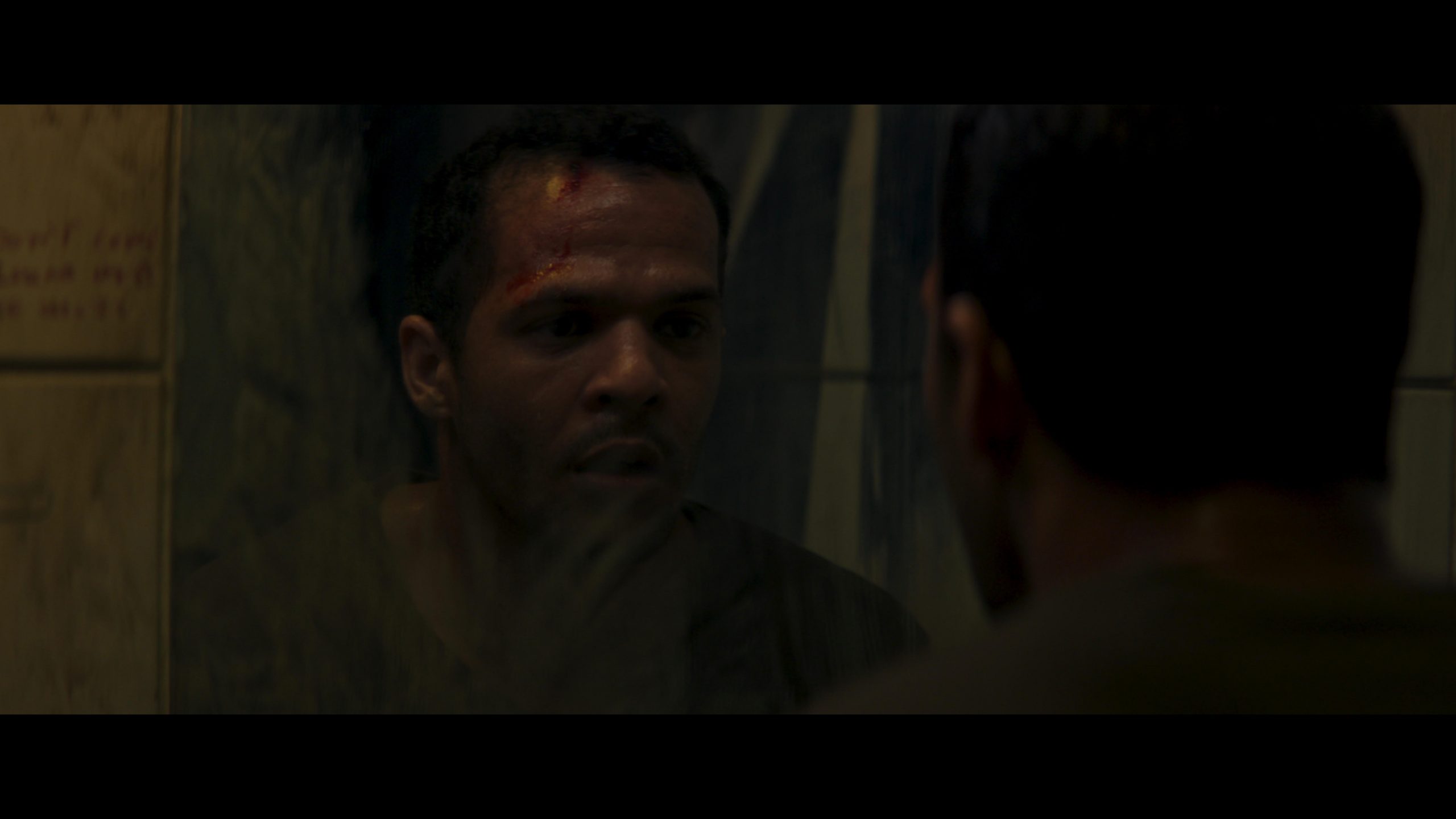 The story moves into techno-thriller territory as it goes on, with a bit of a science-fictional twist; and that works because the story prepares for it. It also works because it allows the story to bring out its themes in a new way. This is a story about trauma, and we see that as we find out the secrets of M-Tech and its plans to use the trauma and pain of Africa as weapons. Implicit social themes come to the surface here, just enough to both give the action story heft and also to inflect that story with a hint of broader meaning. And also to echo Theo’s own struggle with PTSD. The movie’s a fine example of how to treat serious issues through a genre lens, getting at real concerns through fantasy in a way that only an adventure story can manage.

The movie generally does a fine job of nodding to social contexts without dealing with them directly. Theo’s an action lead of colour, but I didn’t notice it come up bluntly in dialogue; of course, I have no familiarity at all with the South African social context. Still, you notice the role wealth plays in the society, you notice the choice of bad guys, you notice who’s behind the nefarious plan and what the nefarious plan is, and it all seems to say something in the way that action stories are best at saying these things: as part of the overall whirl of danger. 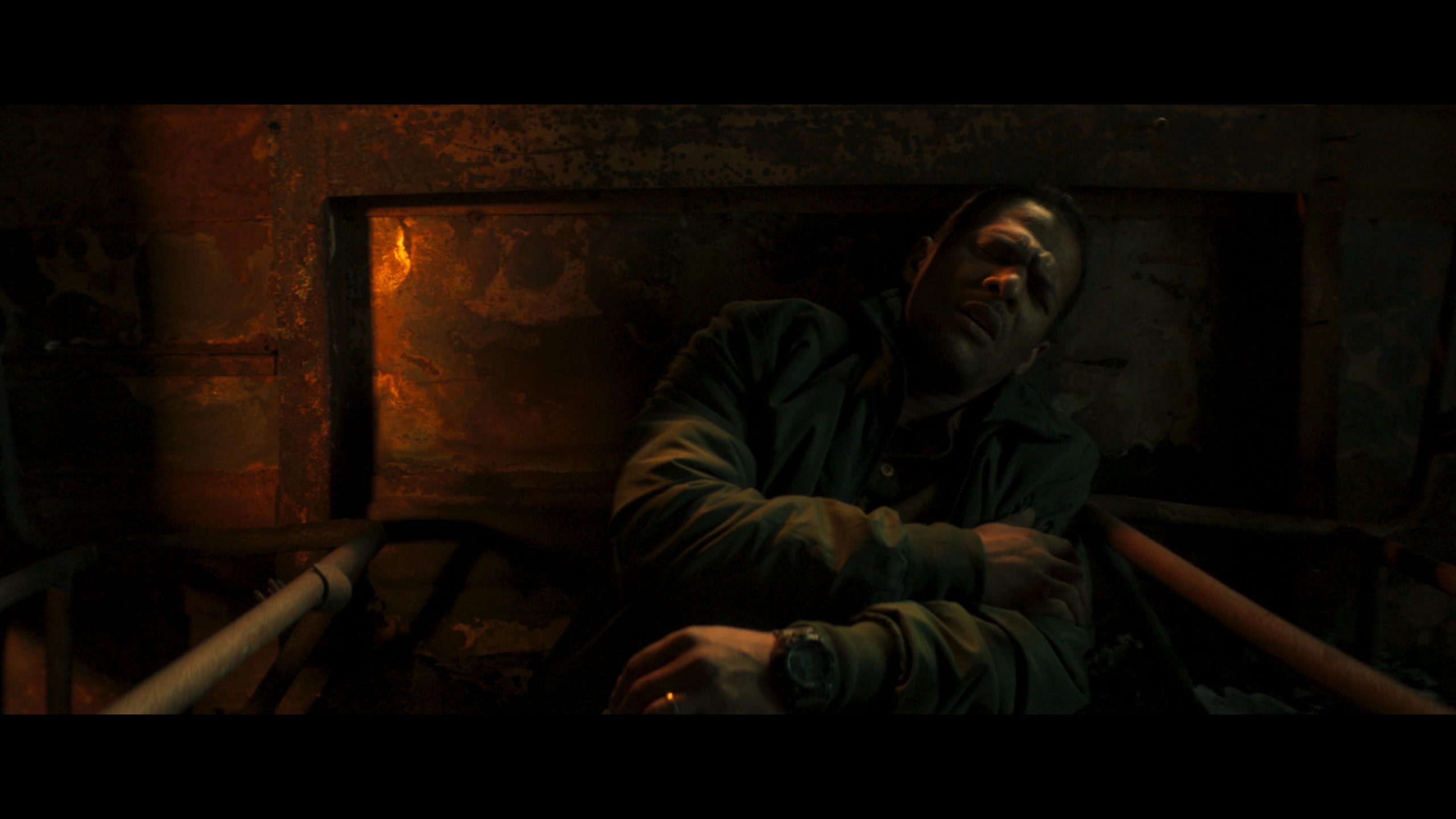 I’ll close by noting that Jarrid Geduld’s performance is worth special notice. I don’t know that it’s the best acting I saw at this year’s Fantasia, but it’s close, and certainly the best acting I’ve seen in a long while that is also so intensely physical and action-oriented. You believe in Geduld’s Theo, and you believe in his ability to do all the action-movie things. You believe in him as a wounded man struggling with PTSD, and you believe in him as the hero who uncovers a conspiracy that’s just the right size — huge enough to be a massive overpowering threat, but not so huge as to be incomprehensible or beyond fighting. Geduld anchors a well-constructed movie that feels like the best kind of homage to the great action movies of the past: one that uses old ideas, and makes them new.