Creative disposal of earthly remains is nothing new. There have been countless examples, especially in the last ten years, as new generations seek ways to distinguish themselves from the mundane-ness of the past. We’ve seen furniture that converts to a coffin (“Chic design for life and death”), an option for turning your loved-one’s remains into a precious stone which is set into jewelry (“One-of-a-kind, just like them”), and organic burial “eggs” out of which grows an oak tree (“Life never stops”). And now there’s a way you can go out in a blaze of glory.

The legislative assembly of Maine is currently contemplating a bill which would allow Viking-style funerals.

History tells us that in the days of Viking warriors, dead heroes were laid out in a wooden boat along with their belongings. The vessel was also filled with hay and other flammables, and then put to sea. An archer (whom you hoped had infallable aim) then lobbed a burning arrow at the boat causing it to go up into an impressive pyre which consumed everything, before the charred remains were taken by the sea. An non-profit undertaker service organization in Maine called Good Ground Great Beyond, which is sponsoring said bill, owns 63 acres of property in the state, upon which they hope to offer “open air cremations” including a Viking-style funeral service. 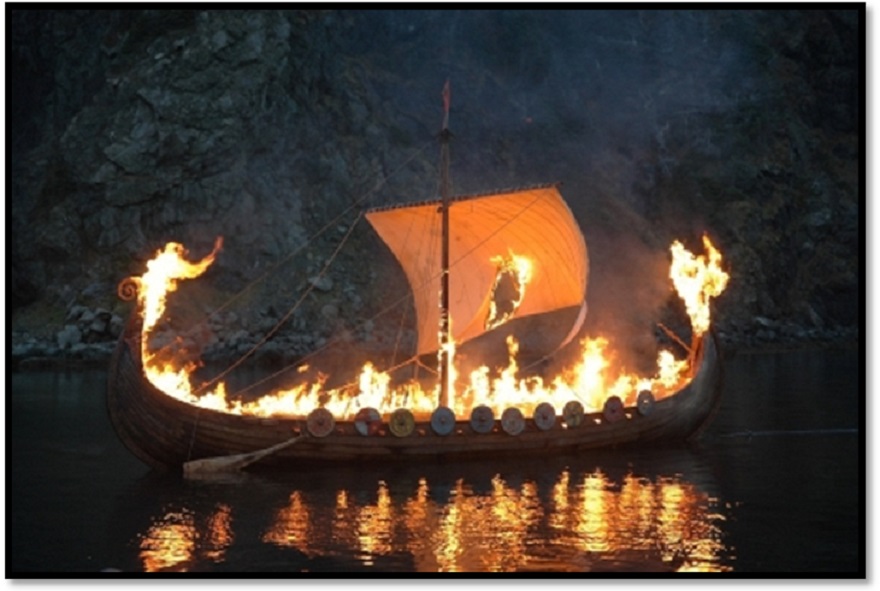 Said The Portland Sun Journal on March 24 this year:

A measure before the state Legislature this session would allow Mainers to choose a death ritual that stretches back to ancient times but has largely vanished from modern-day America: outdoor cremations. If adopted, it would let people in the Pine Tree State choose to go out like a Jedi or a Viking king in a blaze of glory in the open air.

I did a bit of digging and discovered even this is not an entirely novel idea. Colorado has two sites which officially allow cremation in this way. Only one of them is public and the state limits it to a dozen funerals per year. Here, linen-wrapped bodies are placed atop a steel grate inside a brick-lined hearth surrounded by concrete that’s a few feet high. Wood is piled under the grate to provide the necessary heat and juniper branches piled around the corpse. 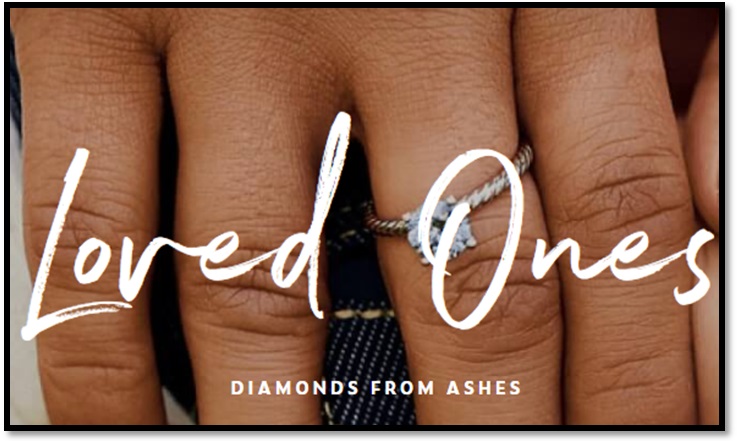 Turn your loved ones into precious stones

Families usually light the flame, something that holds religious value to many Hindus and Buddhists. Good Ground’s founder and Buddhist, Angela Lutzenberger states on a video posted on the group’s website, that she would “dearly love to have access” to open-air cremation when her time comes, calling it a natural way to bring together earth and sky, with the seen and the unseen. 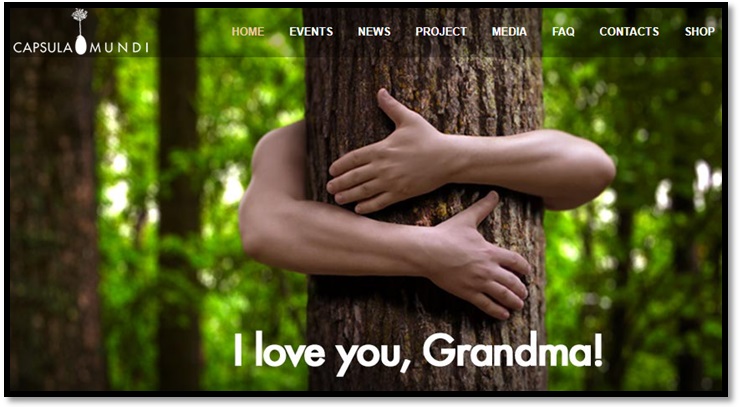 If, like me, you wondered if this concept was – well – okay environmentally; it is. In a report for the United Kingdom’s Ministry of Justice, Ivan Vince, an expert in combustion science, looked into the risks connected to open-air cremation and found nothing to worry about. Vince said that health risks are negligible beyond 500 meters and even those close up are taking no greater risk than they would at a bonfire the same size. He also concluded that funeral pyres held on woodland sites would have zero carbon footprint. 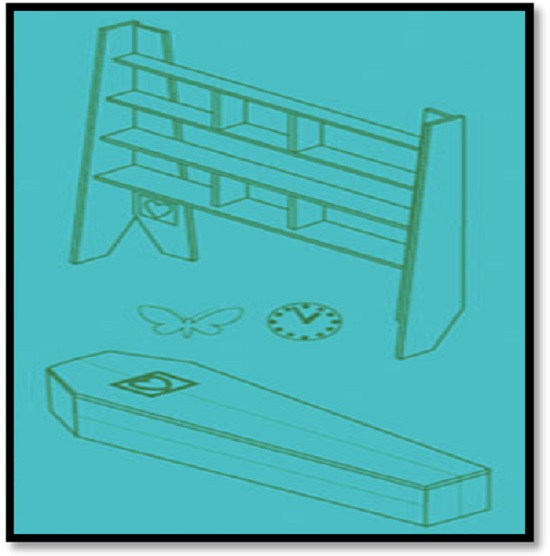 Furniture that converts to a coffin…

So many thoughts. So many…

A public hearing in Maine has yet to be scheduled on the proposal.

The Irish Celts generally cremated their dead and scattered their ashes – not that you’d know it, as every mountaintop in my vicinity has a cairn on top of it, but I guess that kind of treatment was only reserved for high-ranking chieftains? Burying your dead (aside from the odd ritual sacrifice) really only came into fashion with the rise of Christianity.

Aon, my envy is boundless. When can I drop in?

The Egyptians buried their dead of course, with only the rich being able to afford tombs. Common Egyptians ended up in the ground. It seems like the ancient Romans were all over the place (pyres, burials, mortuaries), likely due to their far reach and exposures to other cultures. The underground tomb of Agamenon in Greece is unbelievable and right up there with the Egyptian tombs I’ve visited, in terms of workmanship. Global burial rituals are fascinating, but a diamond ring…? That seems a tad creepy, even to me.

I’ve heard of it in relation to pets (still a bit weird) but yeah…..

Sounds like an expensive funeral. They can just cremate me and scatter my ashes to the wind…downwind. we don’t want a repeat of the Big Lubowski.

Surprised you didn’t mention cryogenic suspension (Alcor) as a way to go.

D- Having heard about “Disney on Ice” ever since I was a kid, cryogenics no longer seems odd enough to be on a list that includes turning your loved one into a nice pair of solitaire earrings. Oh, and be sure to put that “downwind” information in your final instructions…

[…] “Goth Chick News: Save the Headstone and Go Out Like a Viking.”—”The legislative assembly of Maine is currently contemplating a bill which would allow Viking-style funerals.” […]