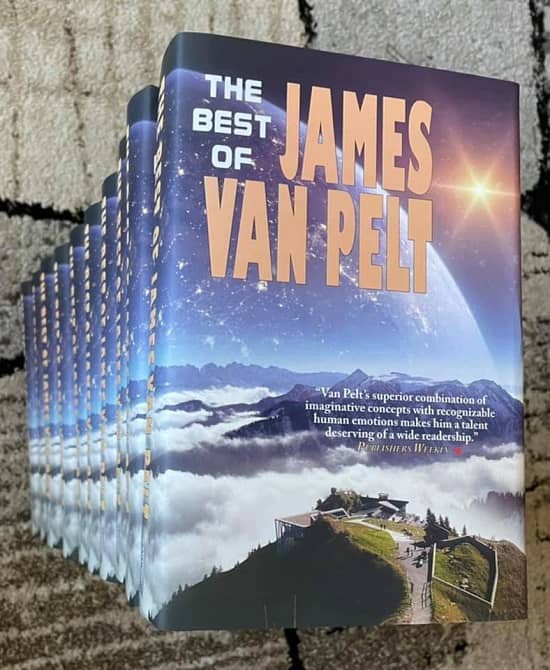 I’ve joined a new FB group called “Writers Helping Writers.” One of the members asked about marketing. This is what I said:

Marketing is easy. Effective marketing that actually sells books, however, is hard. My son works for Facebook, so he helped me with an advertising campaign on the platform. We had a $250 budget for one of my collections, The Experience Arcade and Other Stories. One of the ads reached 1,900 readers. 103 people clicked on it. We did sell books, but not enough to pay back our investment. We found the same pattern to be true on the other books we promoted on Facebook.

I have tried quite a bit with marketing: Facebook, Goodreads, advertising in convention bulletins and program books, signings, YouTube videos, readings, postcards, bookmarks, flyers, tee shirts. Also, my publisher has worked hard to get the books to reviewers (my latest book, The Best of James Van Pelt, received a starred review at Publishers Weekly! Hooray!). All of my attempts sold some books, but none of them profited more than I spent. I didn’t pay for any of the reviews, by the way.

The successful books I’ve had seemed to take off on their own. My first collection, Strangers and Beggars and Other Stories, was recognized by the American Library Association as a “Best Book for Young Adults” and has sold several thousand copies. I didn’t do anything to make that happen — I didn’t even know it was a thing.

My first novel, Summer of the Apocalypse, also did very well, and it continues to sell. The most effective “marketing” was also something I had no control over. I sold a short story to the John Joseph Adams Wastelands anthology that also had a Stephen King short story in it. The Wastelands anthology took off (my royalty checks for my contribution were larger than what they paid me for the story initially). Amazon listed the book, of course, and for some reason they did one of those promotions where people could buy Wastelands and Summer of the Apocalypse in a bundle. My book really benefited from that.

So, I don’t know what to tell you about marketing. Write a good book, do the best you can to make it visible, and hope for happy accidents and word of mouth.

Oh, and getting on The New York Times Bestselling Books list sells books, I hear. But… um… you have to sell a lot of books first to get there.

James Van Pelt lives in western Colorado. He has published five collections of short fiction — including Strangers and Beggars (2002), The Last of the O-Forms & Other Stories (2005), and The Experience Arcade and Other Stories (2017) — and two novels, Summer of the Apocalypse (2006) and Pandora’s Gun (2015), all with Fairwood Press. His last article for Black Gate was Stories That Work: March/ April 2020.

Pixel Scroll 12/15/20 All These Pixels Are Yours. Except Europa. Attempt No Scrolling There | File 770

[…] GETTING THE WORD OUT AND THE DOLLARS IN. James Van Pelt shares “The Frustrations (and the Surprising Successes) of Marketing Your Book” at Black […]

Our colleague Jeffrey A. Carver gave me good advice: the only book marketing that seems to actually pay for itself is a Bookbub listing for the ebook edition. It’s expensive, but I’ve more than made my investment back every time.