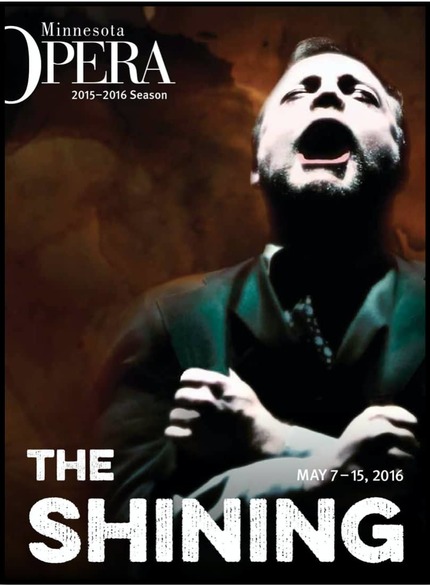 As much as I love the movie The Shining, I never thought I’d ever see that title in the same sentence with the word ‘opera;’ and yet here we are.

Turns out the Minnesota Opera, located in Minneapolis, has become known for showcasing rare and unusual operas. For instance, they’ve performed operatic versions of Where the Wild Things Are, Frankenstein, and The Handmaid’s Tale. They’ve even done one called Nixon in China. Admittedly, I’m not much of an opera fan. However, I understand there are those aficionados who make it a hobby of ‘collecting’ performances of strange operas and if this happens to be your thing, keep reading.

In spite of the fact you maybe imagining the result was a total horror, and not in the good way – surprise. The entire first run sold out in advanced sales and the critics agreed everything from the sets to the music to the performances were first class. The Wall Street Journal wrote at the time,

This musical version of Stephen’s King’s novel about the remote Colorado hotel that turns a man into a homicidal maniac succeeds at nearly everything it attempts. It marries the highest of art forms with one of the most suspect in popular culture. King’s story is opened up and realized in new ways, and opera actually looks fun for a change.

Until now, if you missed the original production, your only chance to see The Shining on stage would be to wait until next summer, when the Minnesota Opera plans to perform it again beginning in May 2021. However, due to the pandemic, the company is on hiatus and is instead streaming a series of recordings for free. They’ve decided to kick off their program with The Shining, which you can tune into through July 5. 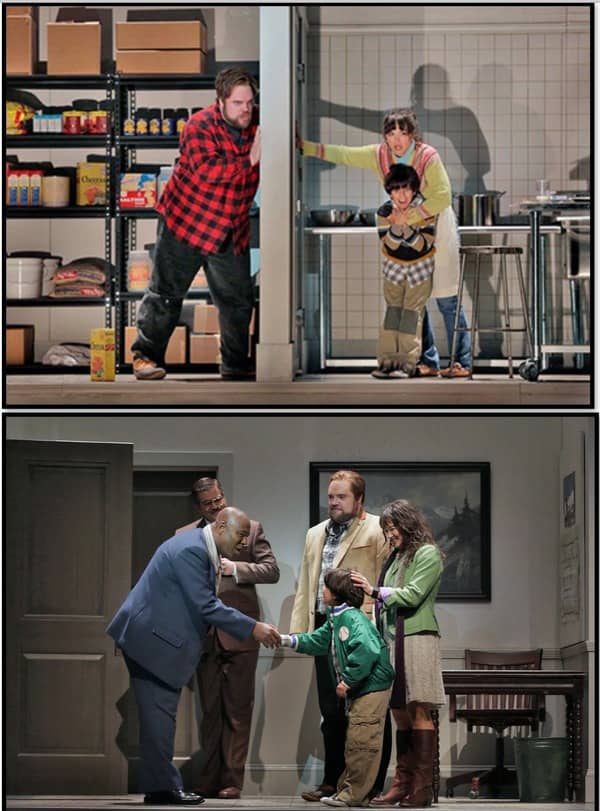 Unfortunately, the free audio stream doesn’t give you a view into the elaborate production design, which borrowed quite a lot from Kubrick’s film even though the story sticks to King’s novel. I understand the Overlook’s phantom residents were particularly well done, appearing in a combination of live actors and light projections, which at times delivered real audience scares.

If you’re concerned that this is opera in the Italian vein, fear not. The Shining is a modern production performed entirely in English. And let’s face it, we all know this story by heart anyway. It also might be less annoying to those of you who shun musical theater, as the entire script is sung. None of this breaking into song business in the middle of otherwise tense dialogue. I also read that in the vein of Rocky Horror, many audience members showed up in full gothic fancy dress, proving that even us horror fan girls and boys can mingle with the opera set. 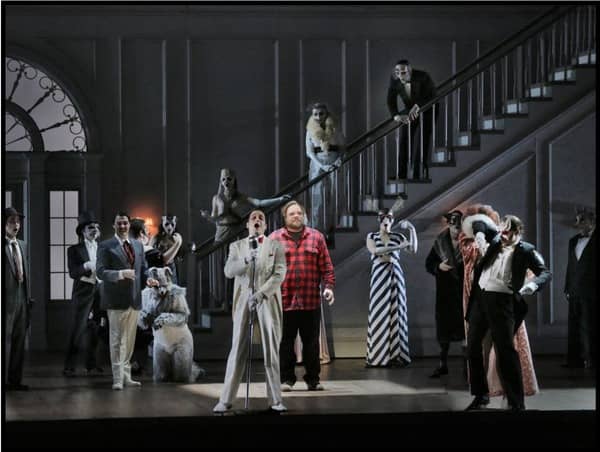 So, get out your black-veiled fascinator or your white satin cravat, then click the link below to check out The Shining opera for yourself.