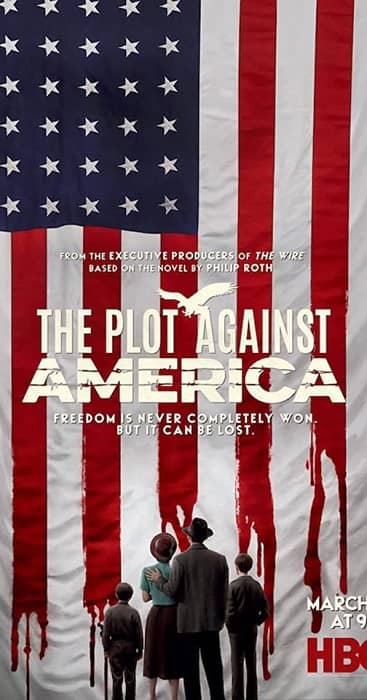 I watched the first episode of this show on the day that my Republican governor suppressed a free election, which I’m sure is one of those funny coincidences that we’ll laugh about when we’re trying to explain to the rising generation what an election was.

My feelings about the show are mixed so far. The novel is brilliant, if problematic. People who read a lot of sf/f mocked Roth for claiming to invent a new genre in this book, as if Murray Leinster and Philip K. Dick had never walked the Earth. But Roth’s novel is really different from any other alternate history that I’ve read. It’s a personal memoir of a time which did not exist, yet somehow did. It’s all very particular, filtered through the eyes and ears of a pre-teen boy — the things he hears his father shout at the radio, the appalling particularities of having to share a bedroom with his cousin who lost a leg in the war, trying to run away from home under a goyische surname so that he won’t be deported to Kentucky, etc. It’s sad and weird and funny as the narrative persona reflects on and reacts to the things he “remembers” as a child, some of which the author may actually remember from his actual childhood. This is categorically different from Professor Minott riding off to find death or glory on the shifting sands of parallel histories.

This great virtue of the book doesn’t really transfer to the screen. They have a capable young actor playing young Philip, but it’s much more difficult for movies and TV to pull off that restricted 3rd-person POV that Roth creates so skillfully in prose. The story is bigger on screen, with more voices, but also shallower. 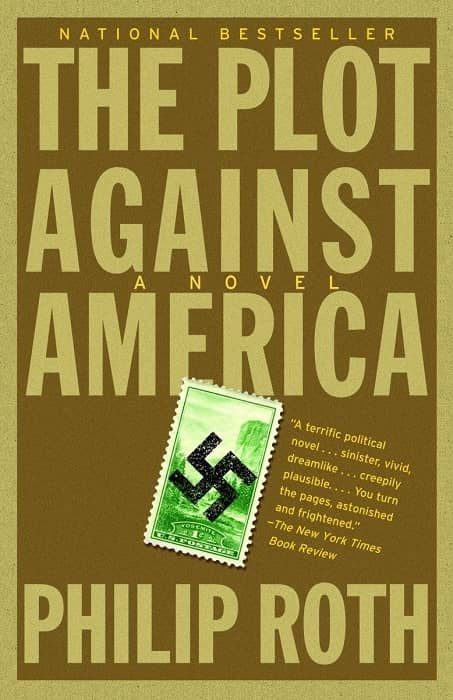 On the other hand, this gives women more prominence in the story, particularly Roth’s mother and aunt, who get to be more than young Philip’s mother and aunt. And the newsreel theater, which is such a big part of the novel, really comes into its own here.

It’s no Watchmen, as D and I agreed after watching the first episode. But there’s a lot there to like, and I’m guessing it’ll get better as it goes on.

This may annoy some of you, but: I really disliked the Amazon adaptation of PKD’s The Man in the High Castle. I thought it was ham-handed and sluggish, and I stopped watching after the first season.

I said that to say this: David Simon and Ed Burns are doing much more careful, skilled work in adapting Roth’s novel to the screen. They’ve got a great cast. The production has a lot of lived-in, period detail. Whatever the series becomes, it’s not going to be the Nazi-drenched action show that TMITHC became. I’m hoping that it might, in fact, be something great. In these weird times when there is so little to hope for, that’s not nothing.

‘It’s sad and weird and funny as the narrative persona reflects on and reacts to the things he “remembers” as a child, some of which the author may actually remember from his actual childhood.’

Yeah, this. Although I haven’t read Roth’s book, I suspect that this is what gives it that air of verisimilitude. Just as I suspect ‘Man in a High Castle’ works for the same reasons. Dick would have been ten at the start of the war. Roth would have been five. Both would have grown up at a time when a Nazi victory was a real possibility. It sounds like the P.K. Dick adaptation (the TV series) maybe over-focuses on the Nazis? What made the original book so interesting was that it didn’t.