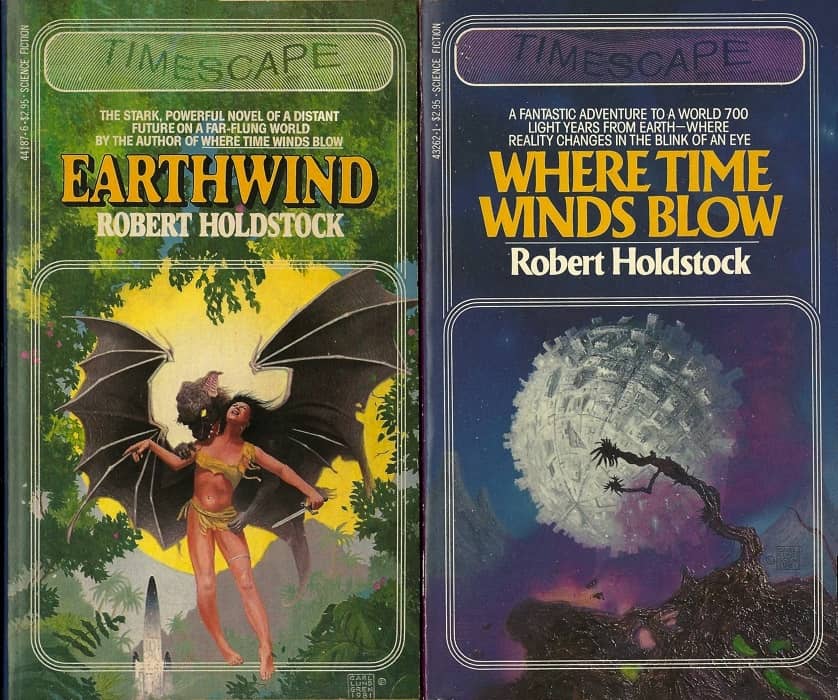 Robert Holdstock, who died in 2009, was one of the most important fantasists of the 20th Century. While he wrote over a dozen novels, he’s chiefly remembered for his breakout novel Mythago Wood and its sequels. In his review right here last year, James Van Pelt wrote:

I really can’t recommend Mythago Wood enough. In a time when everyone else was echoing Tolkien, Holdstock created a completely different take on fantasy (rural fantasy — if that’s a genre). I loved this story of two brothers, their estranged and absent father, and a patch of wood that was only three miles around but infinitely deep… Of all the books I’ve read, none has impacted me as strongly at the end as this novel. Endings are hard, so when I read a perfect one, I take notice…

Mythago Wood appeared in 1984. Holdstock published a number of novels prior to the huge success of Mythago Wood, including a pair edited by David G. Hartwell for his legendary Timescape imprint: Earthwind and Where Time Winds Blow, both published in 1982. The combination of Holdstock’s later fame, the Timescape logo, and the fact that neither was ever reprinted in the US has made both of these paperbacks of interest to collectors.

Thanks to Asimov’s repeated admonitions that editors matter, I began at an early age to pay attention to the humans responsible for the books I consumed en masse. When I knew which editors were behind the works I liked, I would follow them from company to company. Thus I first became aware of Hartwell as the person behind Pocket Books’ remarkable Timescape imprint.

Timescape licensed its name from Gregory Benford’s novel of the same name… Between 1981 and 19842, Hartwell published at least 171 titles (perhaps there were more; this is my best count). Some were original to the line, others were reprints. Many, like Gene Wolfe’s Shadow of the Torturer, are still well known…

The Timescape imprint was short-lived, lasting only from 1981 to early 1984. But it was long enough to produce no less than 170 titles. ISFDB has a chronological list here, and the diligent Marty Halpern, production editor at Golden Gryphon, has a list sorted by author here. 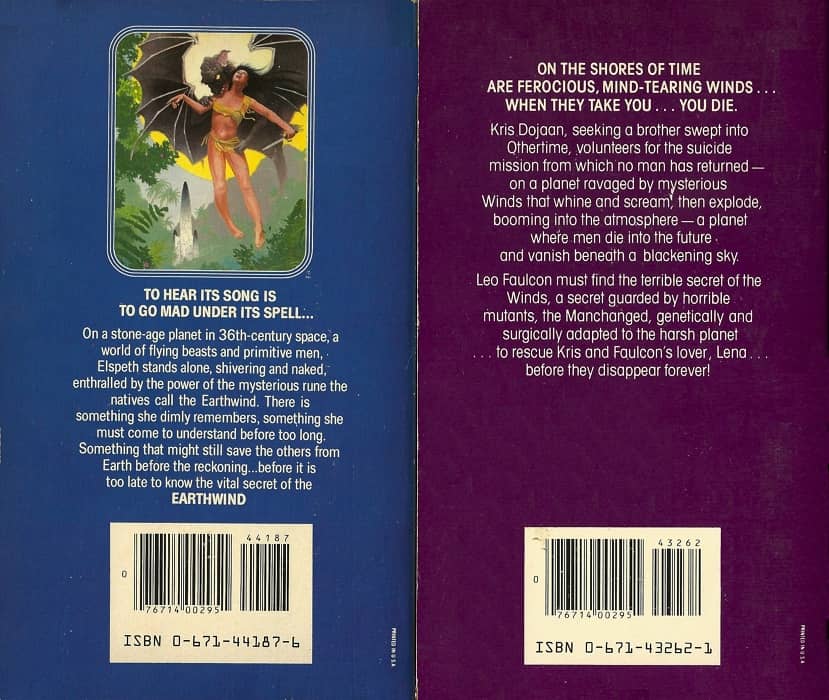 Back covers for Earthwind and Where Time Winds Blow 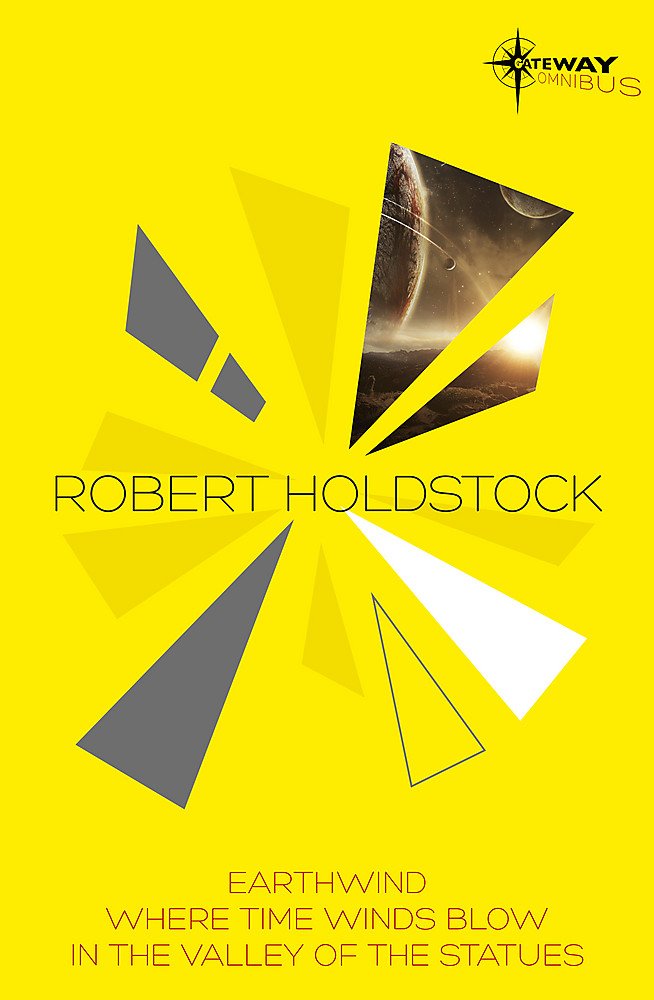 In his Goodreads review of Earthwind Angus Mcfarlane writes:

At its heart, this is a contemplation of determinism and the nature of time (again), not only whether the future is pre-determined but also the implications if it is known, partially or in full. Within the augmented reality of this story’s world, Holdstock seems to be speculating something about how we are different from our distant forebears, in one sense due to what we have lost, but in another gratefully so.

Earthwind was published in hardcover in 1977, and reprinted by Timescape/Pocket Books in 1982. It is 255 pages, priced at $2.95. The cover is by Carl Lundgren. It has been out of print in the US ever since, although it was included in an Gollancz/SF Gateway Omnibus edition in the UK in 2013 (see right).

Where Time Winds Blow was nominated for the British Science Fiction Award in 1981. Writing in the Evening Standard, John Naughton said:

Robert Holdstock weaves a tale around a question which increasingly troubles contemporary scientists as well as writers: Can time flow ‘backwards’ as well as ‘forwards’? Where Time Winds Blow describes a world whose inhabitants can be thrown into the future or the past by capricious winds. Humans living on the bizarre planet where this is possible are biologically adapted to conditions there. But they are psychologically unable to cope with it, and thereby hangs Mr. Holdstock’s excellent tale.

Where Time Winds Blow was published in hardcover in 1981 by Faber and Faber, and reprinted in paperback by David Hartwell for his Timescape imprint in 1982. It is 262 pages, priced at $2.95. The cover is by Carl Lundgren again. It has never been reprinted in the US, but like Earthwind it appears in the 2013 Gollancz/SF Gateway Omnibus edition.

I have to admit my first thought was “Did Robert Holdstock write a novel called “The Timescape”?”

If he had, Rich Horton would know! 🙂