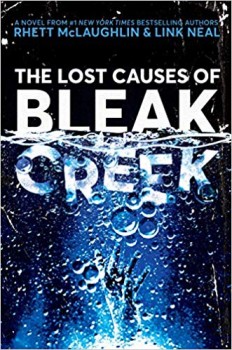 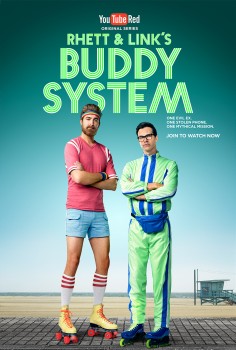 My summary of their accomplishments is essential to appreciating their novel beneath the surface level. Despite being husbands and fathers approaching middle-age, the duo’s on-air and onstage chemistry is dependent upon staying in touch with their shared childhood camaraderie. The fact that two small town kids from the Bible Belt could grow up and connect with people around the world and make them laugh at their often puerile hi-jinx, but also find them unfailingly interesting as they discuss just about any topic imaginable is because they always manage to  find a level where audiences feel comfortable and are reminded of their own childhood relationships with friends or siblings. Their sincerity also reaches out to the lonely and misunderstood and makes them feel they have found kindred spirits. That inspires loyalty which explains their amazing success at doing nothing more than having a good time. Watching them in their various formats (I should mention my daughter is a devoted fan or “Mythical Beast” as they are known) makes it evident that these two unlikely characters regularly elucidate Universal Truths that are worthy of serious consideration amidst all the time you’ll spend laughing at and with them (even when it’s in spite of yourself). 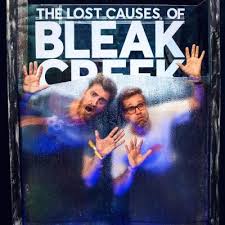 The idea that a small North Carolina town could provide a microcosm for global experiences of life seems highly unlikely, but for the first time since John Mellencamp and Garrison Keillor’s 1980s career peaks, small town America has managed to once again touch a nerve that proves timeless even to urban dwellers on other continents. Their novel, The Lost Causes of Bleak Creek is likewise set firmly in the confines of a small Bible Belt town in the early 1990s. The two protagonists, Rex and Leif, are thinly disguised versions of the authors’ younger selves. The obviousness of this fact does nothing to lesson the impact of this well-crafted suspense thriller. The twist that sets it apart from similar horror thrillers is that virtually everything that occurs in the book is a consequence of an individual’s response to conformity. The importance of this theme is repeatedly illustrated through the characters we meet.

The authors, unsurprisingly, excel at writing for duos, such as Janine and Donna – cousins who could also be female analogues of the authors if one of them broke out and pursued their dreams to be different while the other stayed behind to conform. Beyond examining the dichotomy between refusing to relinquish your dream and settling for a cookie-cutter, assembly line existence with no chance for individual expression, the book looks at the deeper issue of how society (in the form of institutions) responds to non-conformists and determines to suppress individuality. This is represented in the form of the sinister Whitewood Institute, a local reform school that calls to mind Synanon and The Seed at their worst. The Whitewood Institute functions as a stand-in for the excesses of any institution, whether religious or military, that has the ability to instill a cult-like or totalitarian hold over the lives of its members. 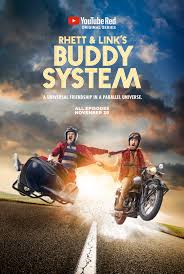 The extent to which this threat, which comes to involve rituals invoking a force beyond the everyday reality the institution claims to be protecting, functions as something other than a cliched horror story Satanic cult is in the authors’ successful delineation of Whitewood’s founder and headmaster. As the villain of the piece, Wayne Whitewood is unexpectedly shown to be a victim himself. The intrusion of reality into what was quickly seeming to be an effective slide from the safe and familiar into a Wicker Man-style horror story is quite moving as the reader understands how tragedy transformed an otherwise good man into one who commits atrocities. Understanding how the perpetrator is also a victim does nothing to minimize the reader’s desire for justice, but it makes what could be a cardboard villain seem as surprisingly real as the other characters in this town. It was this character observation that made up my mind about reading the novel for it was expressed by my seventeen year old daughter who read an Advanced Reader Copy of the book in a single day and was thrilled with it.

It is intriguing that the authors have built their career on directly and indirectly encouraging nonconformists to pursue their dreams (their own social media “followers” are dubbed “Mythical Beasts” within the context of their Youtube morning show) in sharp contrast to their novel’s traditional cultish institution that labels nonconformists who pursue their dreams as “Lost Causes.” From my perspective, the authors’ greatest strength is in the deft handling of two of the supporting characters: Ben, a slightly eccentric teen who likewise broke away from Bleak Creek’s definition of conformity but was left permanently scarred by the experience and Alicia, the free-spirited childhood friend both teenage protagonists find themselves attracted to in spite of their years of close familiarity. Much like the male-female double acts of Rex & Leif and Janine & Donna, Ben and Alicia figure as two sides of the same coin as characters whose willingness to follow the path of nonconformity may end in tragedy. There is risk in following one’s dreams which is why institutions from governments on down are able to thrive upon followers content to let other people make decisions for them.

We first learn of Alicia from both young men’s perspectives without discovering, until later in the book, that Alicia is mixed race and how that impacts the way others in the small town treat her and her parents. The decision to withhold this information from the reader allows you to get to know her free from preconceptions, just like the novel’s heroes and authors. If there is one simple truth at the heart of all that Bleak Creek holds, it is the purity of its  authorial viewpoint. Life and everyone the characters (and, by extension, its authors) encounter are viewed through the same sense of childhood wonder and belief in a better world if people would only trust their hearts. That, at its essence, is why the authors of this exceptional horror thriller have succeeded against all odds at every venture they have undertaken. Beyond the camaraderie they offer to the disenfranchised and despondent among their audience, they inspire them to hang on to their sense of fun, imagination, and belief that you can pursue your dreams and survive the waves of the bleakest creek and the largest ocean alike.