Andrew Liptak was fired from his position as Weekend Editor at The Verge two weeks ago, which means that we’ll no longer get to enjoy his monthly Best SF Books lists (you can see while we’ll miss them so much right here). Fortunately he was just hired on to write news items for Tor.com, and he’s picked up some freelance work at The Barnes and Noble Sci-Fi & Fantasy Blog, which seems like the perfect home for him.

In the meantime, Jeff Somers at the B&N Blog continues his excellent work cataloging the most interesting new releases each month. For August he’s itemized 22 items, including new books by Julie E. Czerneda, Kameron Hurley, Marie Brennan, R.F. Kuang, Tricia Sullivan, and many others. Here’s a few of the highlights.

Kira Jane Buxton’s debut puts a deliriously original spin on the viral zombie apocalypse as human civilization’s collapse is witnessed — and challenged — by S.T., a pet crow. S.T. may be a bird, but he loves many aspects of human culture, and he’s alarmed when his owner, Big Jim, begins to behave strangely and undergo physical changes. Realizing that something is terribly wrong, S.T. teams up with bloodhound Dennis and is soon tasked with saving as many pets as possible, even as humanity descends into chaos. It’s a darkly hilarious twist on the formula, proving again why the zombie novel subgenre is nigh-unkillable. 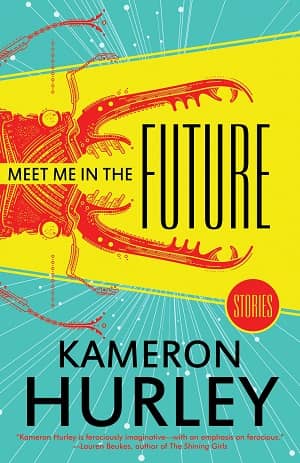 Centuries ago, a group of human genetic purists known as the Sturm waged a war to destroy any humans guilty of genetic manipulation or cybernetic augmentation. They came very close to destroying any human civilization that wasn’t “pure,” but were eventually defeated and driven into the distant reaches of the universe. Now they’re back, launching a devastating surprise attack that leaves humanity teetering on the brink. The only thing standing in their way is a rag-tag group: an untested military ship with a new captain, a bunch of low-down pirates, a princess, a criminal without a body, and a hero of the first war against the Sturm, as determined as ever to defeat his ancient foe. The gritty story of their survival is ideally pitched to fans of the character-focused realism of James S.A. Corey’s The Expanse series.

Saad Z. Hossain’s zippy new novella begins with Melek Ahmar — the Lord of Mars, the Red King, the Lord of Tuesday, Most August Rajah of Djinn — returning to Earth to discover, to his horror, that the humans that once worshiped him with reverential terror have pretty much forgotten all about him, embracing technological gods in his absence. In an ecologically ruined world, the humans have all installed implants that allow them to live inside microclimates while an AI called Karma monitors and judges their every move. Melek tries to spin up some chaos and revolution to inspire a bit of that old wrath-of-god belief, but finds the modern world a hard slog. He also catches the attention of Karma, putting him and his one human ally, the soldier Bhan Gurung, on a collision course with a grim future.

Kameron Hurley has emerged as one of the best and brightest writers in modern SFF, winning a Hugo for her non-fiction and being shortlisted for the Hugo, Nebula, and plenty of other awards for her fiction. This new collection brings together 16 short stories that are as much about breaking rules and subverting tropes as entertaining the reader. Hurley tackles your assumptions about military SF (‛The Red Secretary’), monster hunting (‛The War of Heroes’), and identity (‛The Fisherman and the Pig’) among many other things, all rendered with the author’s evident skill and grim imagination. (One of the stories, “Garda,” is a novelette that was first published on this blog.)

Finally we come to the exciting second novel in the Planetside series by Michael Mammay. We discussed the first volume back in July of last year. 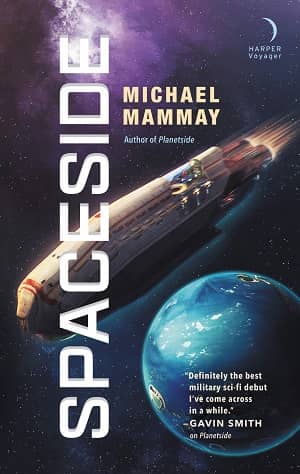 Last year, Michael Mammay’s Planetside delivered a near-perfect blend of detective story and military sci-fi. The sequel finds Colonel Carl Butler returning from his assignment in that book with a split reputation — part hero, part outcast. He’s once again forced into retirement, but this time he at least gets a cushy corporate job that capitalizes on his military reputation. When he’s asked by his bosses to investigate a devastating hack of a competitor’s computer systems—a hack no one will take responsibility for — Butler finds himself caught in a dangerous web that has him doubting his own mind even as he suspects he’s onto something much bigger than simple corporate espionage.

The Barnes & Noble Sci-Fi & Fantasy Blog is a great resource for folks who can’t read every book every month. Here’s a few of our selections from their recent articles.