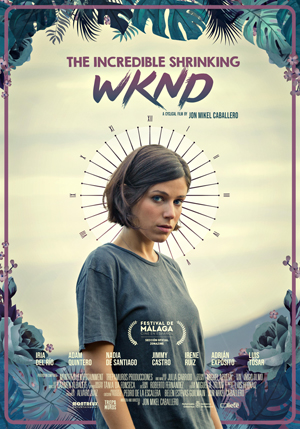 The evening of July 20 saw me stay at the De Sève Theatre after the Born of Woman showcase for a feature film written and directed by Jon Mikel Caballero: The Incredible Shrinking Wknd. It’s a time-loop story, a subgenre that strikes me as having increased in popularity significantly over the past few years. We’re at the point, then, that a time-loop story has to do something different to stand out. So what does Wknd do?

It’s the story of Alba (Iria del Rio), newly turned 30, who’s spending a weekend partying at a cottage in the country with a group of acquaintances as well as her boyfriend of three years or so, Pablo (Adam Quintero). Alba’s generally thoughtless and lives for the day; despite having spent time at the cottage when she was young, she forgets to bring bottled water to a house with no indoor plumbing. Pablo wants something more, and in an argument one night breaks up with Alba. And then, not long after, reality resets and Alba gets to live through the weekend again. And again, and again; and then she notices the weekend’s getting shorter, and the time she has to live through is dwindling.

I’ll note to start with that the movie’s technically well-done. It looks very fine, with colours that establish moods, and a good variety of visually-interesting natural settings. Iria del Rio gives Alba a charismatic energy while making it clear that charisma’s covering up a certain kind of emptiness; there’s less to Alba than there appears, in a nicely-calculated way.

Narratively, the movie’s clever, almost a necessity in a time-loop story. The dialogue’s solid, and there’s a very nice visual idea (best left for the viewer to discover) that brings out the way the weekend’s shrinking. That twist itself is handled well, giving an increasing sense of tension as well as contrasting nicely with Alba’s tendency to care only about the present.

It gets a little odd in that Alba herself doesn’t reset, which becomes a minor plot point. If she gets drunk in one go-round, say, she’s hungover in the next. This is perhaps a way to talk about consequences, but it raises questions about the mechanism by which the time-loop exists in the first place and whether matter’s actually being transported through time. This is a film largely uninterested in such questions, though, and indeed the lack of concern with why the loop exists and why it works as it does is one of The Incredible Shrinking Wknd’s more frustrating aspects. 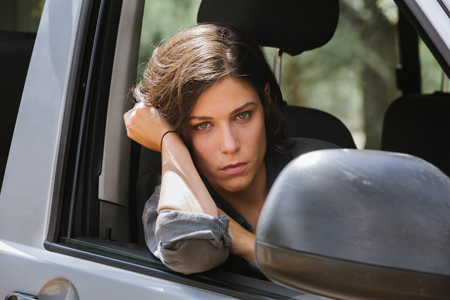 What I ultimately found more frustrating was the film’s approach to Alba’s character, and to how she resolves the loop. Alba necessarily has to start thinking ahead to get out of the loop before it collapses, and that’s logical enough. But I’m not sure how deeply the experience will change her, given that as a personality she seems to reset fairly frequently. Why is the loop, however traumatic or surreal, going to be different?

Worse than that to me was the way the film dramatises the kind of change she goes through. There’s a moralistic sense of a grasshopper struggling to become an ant in this film; Alba as a character who Learns Better and so is able to Fit In. Specifically, there’s dialogue about work and the importance of earning a living that sets up a theme that feels simplistic, not only disconnected from the actual economy and the real world in which we live, but flat in a way that posits a clear and unconvincing right way and wrong way for a character to be.

Perhaps the worst thing is the way Alba resolves the time loop and what she decides she most wants. Which is to keep Pablo. There’s nothing wrong with this within the logic of the movie; Pablo comes off as a decent if perhaps unimaginative guy. But the logic itself is questionable. It’s a little disturbing to see a woman who at the start of the movie is if nothing else independent and strong-willed, deciding to bend all her intelligence and strength toward keeping a man. Why move from living for partying to living for Pablo? Is there no other way for Alba to live for herself, in which the relationship might figure but leave room for other aspirations as well? 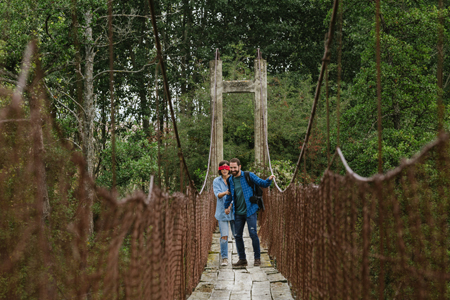 I don’t think the movie answers those questions, with the result that it’s entertaining and engaging for most of its running time but is ultimately unsatisfying. A subplot about Alba’s father seems to hint at another way it could have gone, other important values, but is left to my mind underexplored and even baffling. Material about her childhood and time capsules she left in the area feels excessive if not unlikely.

The Incredible Shrinking Wknd is very smart about a lot of things. Alba’s lack of care for the future makes a good character hook to use in a story about a time loop. It certainly brings out how the days blur together for her and how the passage of time is relatively meaningless. And it subtextually works to have her be the age is she is, her 20s just gone. It’s a character-based take on a time-loop story, then, in a way that’s relatively unusual.

Unfortunately, the story the movie seems to want to tell is different than the one it actually puts on screen. Alba’s not just a more interesting character at the start of the movie than at the end, she’s freer and even perhaps more capable and independent. The flaw of The Incredible Shrinking Wknd as a story, for me, is its inability to make maturity valuable or dramatically interesting. Here it is a diminishment, an acceptance of the world as it is and of society as it is. However unwittingly, the movie depicts a world that is worth challenging, if only through a determined hedonism which rejects a work ethic that allows for exploitation of the individual and the uprooting of families. Instead of continuing to oppose the powers of the world, though, Alba becomes a woman dedicating her life to a man. It’s very sad, as the ongoing relentless march of time is often sad, but the movie I think fails by not recognising tragedy.