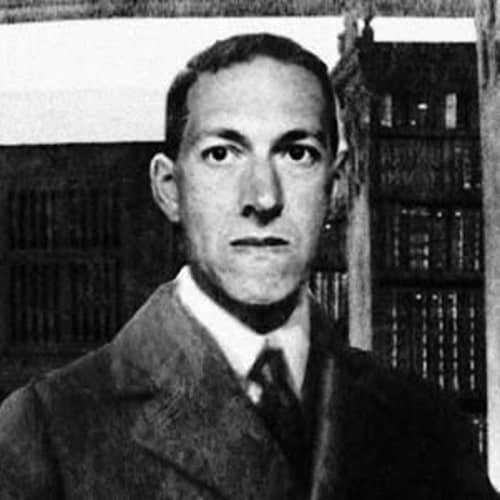 One of the most exciting books to cross my desk this summer was an advance proof of The New Annotated H.P. Lovecraft: Beyond Arkham. It’s the follow-up to Leslie S. Klinger’s monumental 928-page The New Annotated H.P. Lovecraft, published by Liveright in 2014, which Harlan Ellison called “an Olympian landmark of modern gothic literature.” Beyond Arkham is an absolutely gorgeous book, packed with 22 more Lovecraft stories, including several of his most famous, and 200 vintage photographs and illustrations. Liveright gave us an exclusive sneak peek of the final cover, and it’s truly a work of art. We want to share it with you below. But first, here’s the description.

No lover of gothic literature will want to be without this literary keepsake, the final volume of Leslie Klinger’s tour-de-force chronicle of Lovecraft’s canon.

In 2014, The New Annotated H. P. Lovecraft was published to widespread acclaim― vaunted as a “treasure trove” (Joyce Carol Oates) for Lovecraft aficionados and general readers, alike. Hailed by Harlan Ellison as an “Olympian landmark of modern gothic literature,” the volume included twenty-two of Lovecraft’s original stories. Now, in this final volume, best- selling author Leslie S. Klinger reanimates twenty-five additional stories, the balance of Lovecraft’s significant fiction, including “Rats in the Wall,” a post– World War I story about the terrors of the past, and the newly contextualized “The Horror at Red Hook,” which recently has been adapted by best- selling novelist Victor LaValle. In following Lovecraft’s own literary trajectory, readers can witness his evolution from Rhode Island critic to prescient literary genius whose titanic influence would only be appreciated decades after his death. Including hundreds of eye- opening annotations and dozens of rare images, Beyond Arkham finally provides the complete picture of Lovecraft’s unparalleled achievements in fiction.

Ready? Feast your eyes on the beautiful cover for The New Annotated H.P. Lovecraft: Beyond Arkham, arriving from Liveright on September 24. 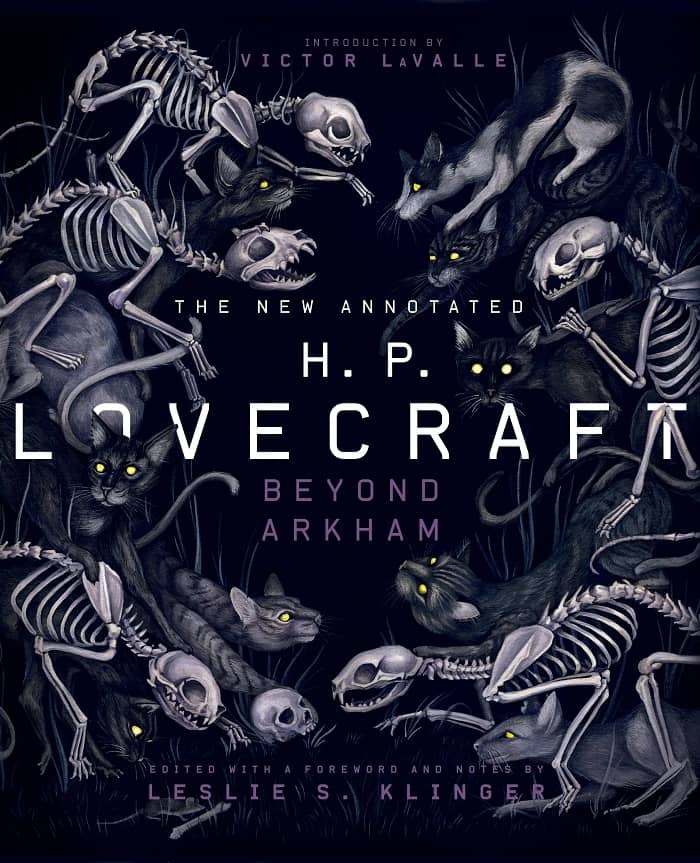 Beyond Arkham is edited with a Foreword and notes by Leslie S. Klinger, whose previous works include The New Annotated Frankenstein (2017), The New Annotated Sherlock Holmes (2005), and Annotated Sandman (2012). Here’s Leslie on the striking cover to his latest book.

“Cats and rats are prominent in several stories by HPL included in this volume, and Lovecraft probably liked cats more than many of the people he came in contact with! I also love how the dead and living creatures are intertwined. This cover is truly creepy — what more could one ask for a volume of truly creepy tales?” — Leslie S. Klinger, editor of The New Annotated H.P. Lovecraft: Beyond Arkham.

The book also includes an introduction by Victor Lavalle, author of The Ballad Of Black Tom, The Devil in Silver, and The Changeling.

Here’s additional details on the book from the publisher:

With this The New Annotated H.P. Lovecraft (to be published by Liveright on September 24, 2019) we are going Beyond Arkham. Whereas the first volume included twenty-two stories that mainly took place in HPL’s fictional town of Arkham, MA, this new volume, edited by Lovecraft expert and annotator extraordinaire Leslie Klinger, reanimates twenty-five of Lovecraft’s spectacular stories, which come together with those in the first volume to constitute the balance of his significant fiction.

Here are a few highlights from the collection that are sure to shock and amaze:

• “The Outsider,” a probing psychological horror about an individual who, having been imprisoned in a castle for as long as he remembers, tries to break free and reestablish contact with humanity;
• “The Music of Eric Zahn,” an achingly beautiful story about isolation from society and one of Lovecraft’s most subtly crafted tales about artistic genius;
• “The Tomb,” from 1916, which was HPL’s first published story; and “The Dream-Quest of Unknown-Kadath,” written between 1926-7, which was never published in his lifetime and was his last attempt at fantasy-writing.

Not only a celebration of Lovecraft’s literary brilliance, this collection takes a fresh and critical look at how, as Alan Moore said, the comic book legend and figure of cult-worship is truly “an unbearably sensitive barometer of American dread.” Here, we see the fascinating underbelly of HPL’s fiction, the experiments that later became the stories that are now cherished favorites — though, some of Lovecraft’s most beloved stories are actually in this new volume.