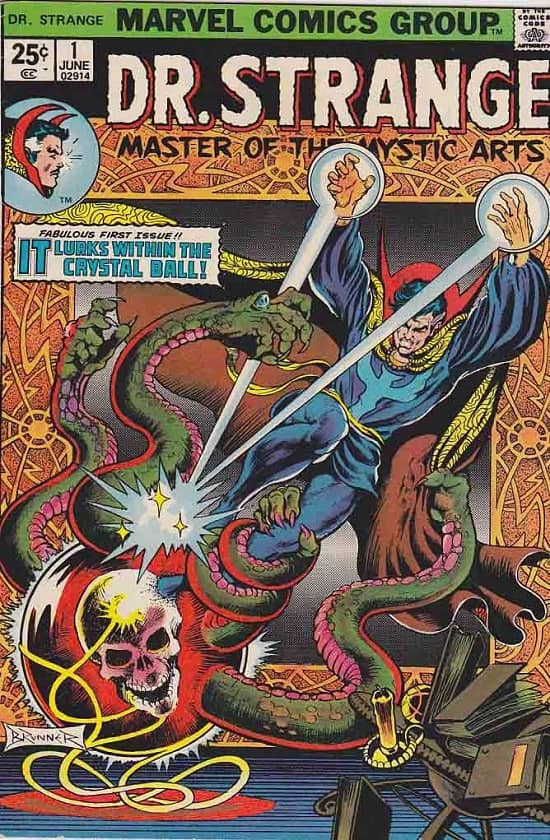 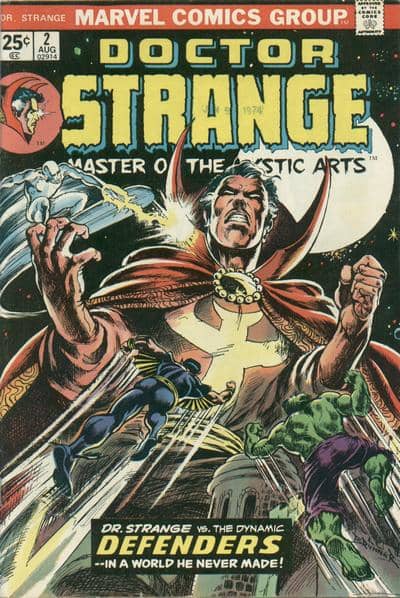 I think I’d forgotten how cool Gene Colan’s art was, co-creating with the equally legendary Steve Englehart. I’d seen his art recently in some rereads of the original Captain Marvel, Marvel Spotlight with Son-of-Satan, and in last year’s read of Tomb of Dracula, and appreciated him more than I remember. And I think my artistic tastes have grown as I’ve matured, and where once I might have longed for something more closely realistic, like Byrne or Perez or Michael Golden, I think I was more receptive to seeing Colan’s art for its emotion and power. 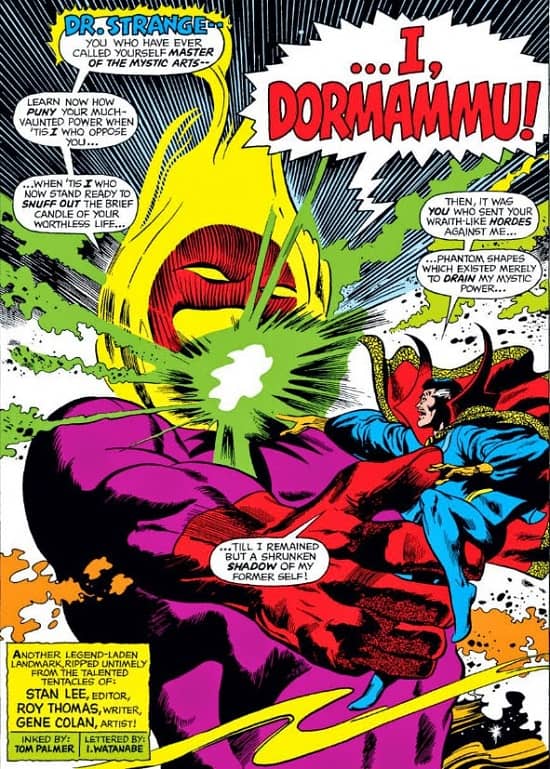 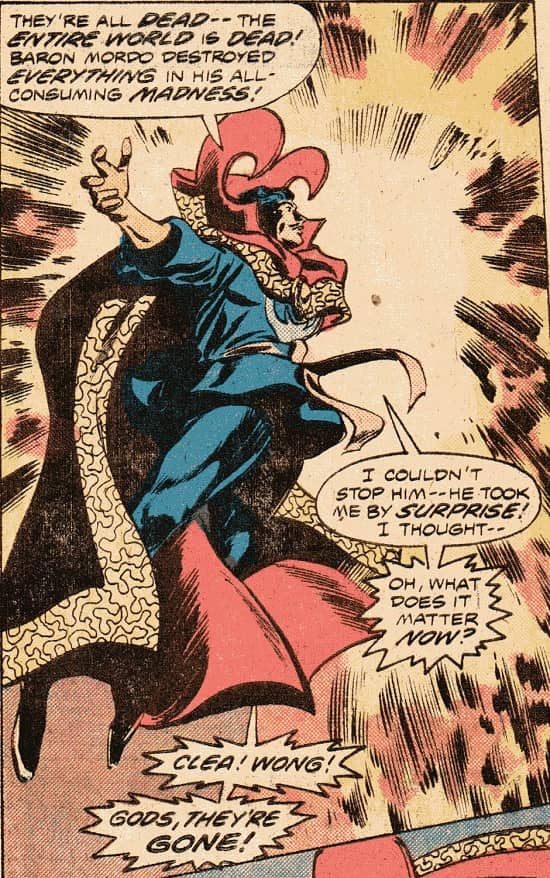 Englehart too, along with Roy Thomas were some of the first writers to import Lovecraftian flavours into the Marvel Universe. Lee and Ditko has lain the psychedelic foundation of Strange but the early 1970s were a boom time for the expansion of the Strange mythos, as well as reunions and conflicts with old foes, like the invasion by Dormammu and Umar and his second encounter with Dracula. 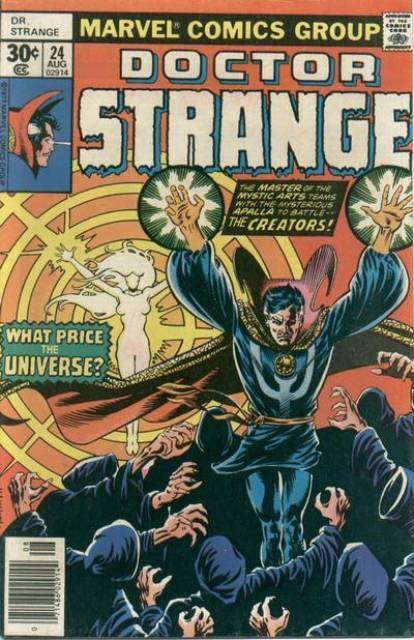 A whole cycle of fate began to change as Strange entered a 4 or 5 book saga to stop gods of the stars themselves from altering the universe with their own war. Incidentally (spoiler) Strange failed and the whole universe was messed up. Strange faced his messed up self in this twisted universe, received the return of the Ancient one, and sought the aid of Eternity only to fail to stop the destruction of the entire universe. 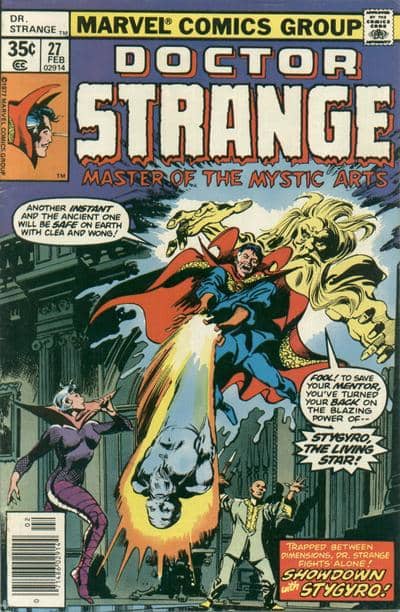 Fascinatingly, Strange pleads his case and an exact duplication of the universe is recreated, with the attendant existential crisis that hits Strange. 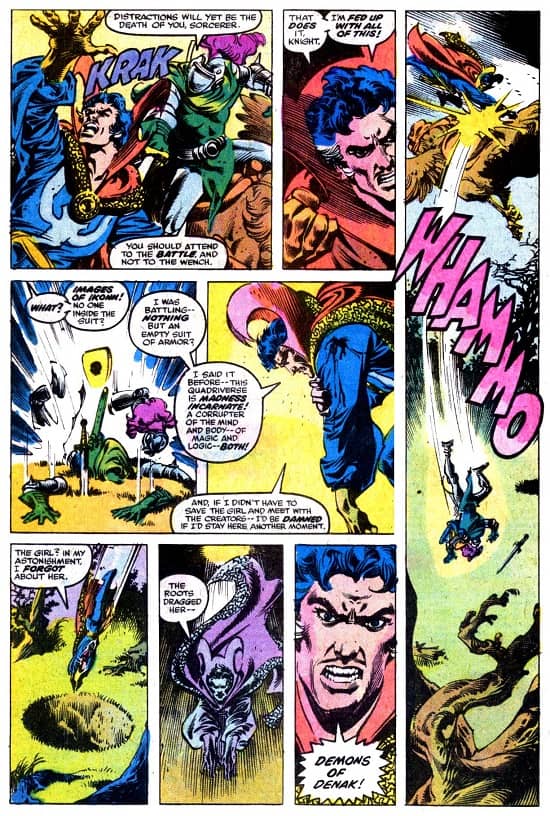 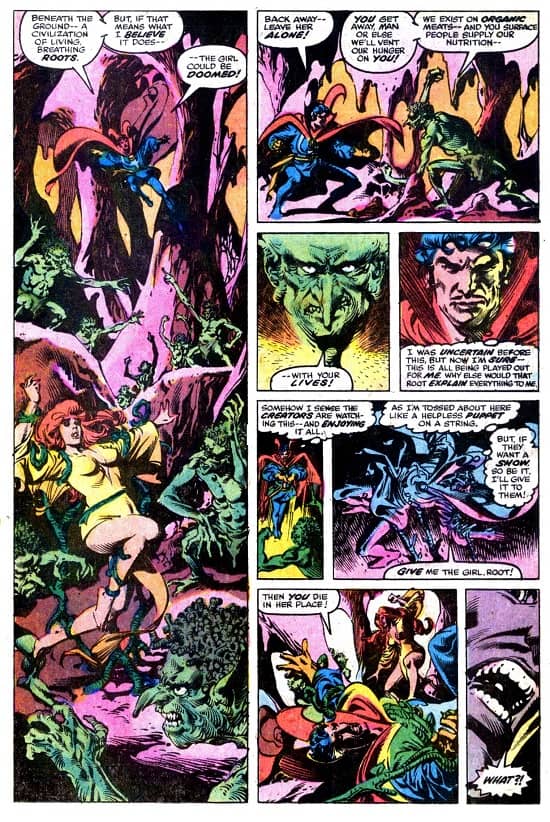 This sounds like a lot and it sounds in summary like it might feel incohesive, and while I might have scratched my head as a few points, the plot lines thread together well. What is surprising is that the story lines and character arcs are as cohesive as they are because in this period fill-in artists and fill-in writers begin to take turns. In fact, in more than a few months, the talent roster shows that Doctor Strange was fighting hard to ship on time, with pinch hitters picking up the slack. And yet, it is charming, spooky, moody, cosmic, spectral and personal. 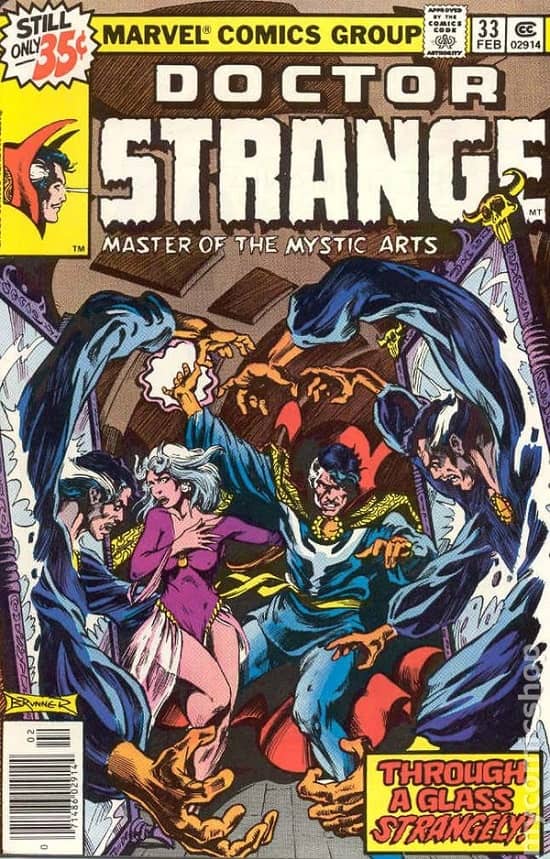 I only reached issue #37 so far; there’s a gap in Marvel Unlimited and with travel I couldn’t go to my longboxes, but I really got into the renewed Lovecraftian menace, where we’re introduced to the architect behind Strange’s recent travails, the Dweller in Darkness. 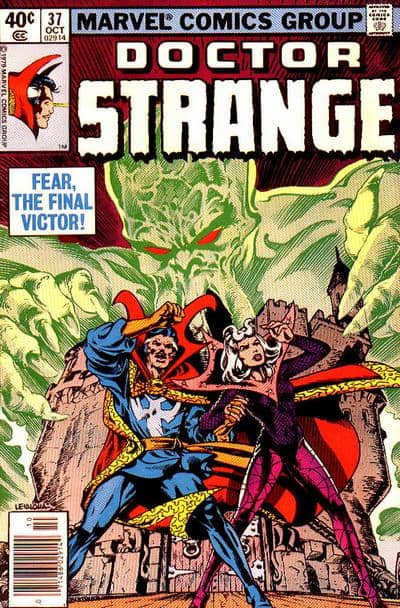 I know I’m supposed to be reading new comics — we’re living in a Golden Age of comic book voice and theme and genre that I try to keep up on, but time wasn’t my friend and I needed something from the Bronze Age and it was so much fun to reread these.

Incidentally, in this vein, I just discovered a new podcast (linked here) that I think is just for me: Into the Weird. It’s about the weird series and stories and characters of the Marvel Bronze Age. I downloaded all ten episodes that I could find and will be following them on my upcoming road trips.

Derek Kunsken writes science fiction and fantasy and horror in Gatineau, Quebec. His space opera heist novel The Quantum Magician was nominated for the Locus, the Aurora and the Chinese Nebula Awards. Its sequel is coming out in October, 2019 from Solaris Press and is called The Quantum Garden.