In 2018, Mark Waid and Jesus Saiz launched a new Doctor Strange series at Marvel. I’ve been a fan of Strange since I started comics (issue #34 was one of the first four comics I ever read). He was my gateway to Lovecraftian cosmic horror, The Defenders and Steve Ditko.

The series premise is pretty simple. Strange, the Earth’s Sorcerer Supreme, starts to have difficulty with his magic. As time goes on, his ability to perceive magic vanishes. Things like the Eye of Agamotto and the Cloak of Levitation become common objects to him, baubles of no apparently specialness. He scours the Earth for some solution, but finds none. 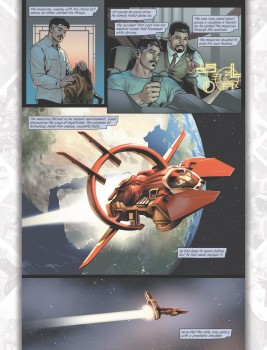 He talks with Tony Stark who points out that Strange may be restricting his search too much. Strange is looking for magic on Earth, but surely there’s magic in space, on other worlds, something that might trigger a renewal of Strange’s magical perceptions and powers.

This is an interesting idea and one I’ve puzzled over in my nerdier moments — is Strange the guardian or our whole dimension, or just the Earth? Waid answers cagily. The Earth has its threats, as do other worlds. And they have their own magics. 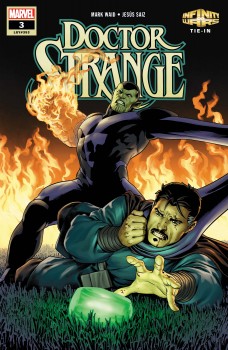 Unsurprisingly, Stark has a spaceship for Strange. And his adventures begin. I won’t say anything about what happens next (spoilers), but he meets some enemies and allies, and discovers new kinds of magic, in a way that I don’t think I’ve seen since the end of the 1974-1988 Dr. Strange series written by Peter Gillis. Strange’s new allies are great and the view of other worlds (even Skrull sorcerers) are pretty cool. 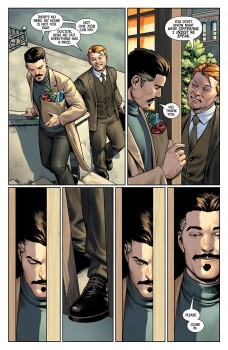 The series doesn’t stay in space all the time (of course), and one of my favourite issues is #9 which is a quick single-issue “you messed with the wrong guy” story. In this case, an urban developer tries to muscle Strange into selling his house. There are many more layers and implication than this, but it remind me of one reminded me a lot of a similar issue in the series I grew up on where some ambitious mages thought is would be a good idea to try to invade Strange’s house in Trojan Horse fashion. So much fun. 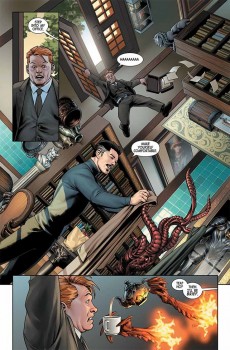 This is a fun series with an interesting premise. I’m only on issue #9 of the 16 or 18 issues that are out so far because I’m reading via Marvel Unlimited, so I’m very much looking forward to the next arc. If you’re a Strange fan, movie or comic, this is worth checking out.

Derek Künsken writes science fiction, fantasy and horror in Gatineau, Québec. His first novel, The Quantum Magician has been nominated for the Locus, the Aurora and the Chinese Nebula. Its sequel, The Quantum Garden, is already available for pre-order wherever you get your books. Derek tweets about writing and comics at @derekkunsken.