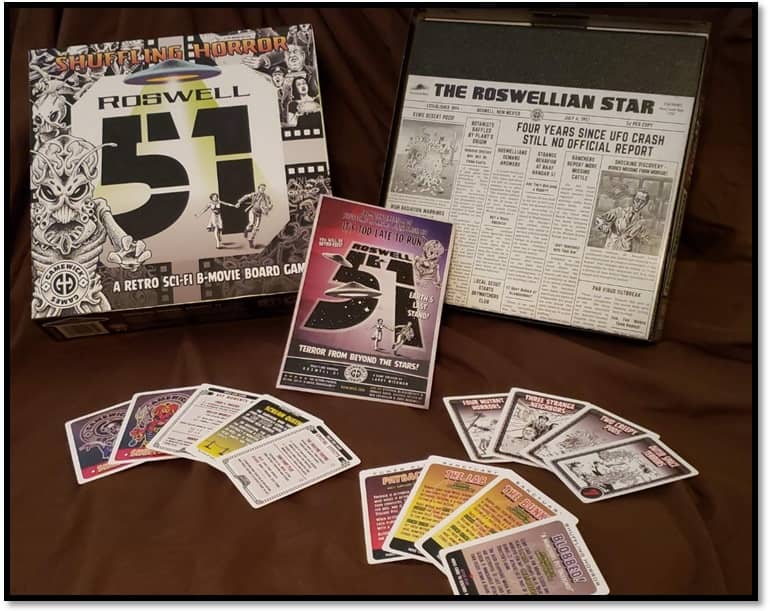 You know how you feel when you meet a new friend and there’s an instant connection? Someone you know will just ‘get you’ and who you’ll now want to spend all your time with, texting them, stalking them on social media, finding out where they live and driving by, and…

The point is, I just met this guy Larry Wickman.

Now Larry has quite a lot going for him. For a start, he’s a big fan of Black Gate, and right behind that he’s an indie game designer. Not of slick VR stuff, but of the righteous RPG-card game variety, the kind of games that consumed a large chunk of the youth of most of us here at BG, and which a lot of the guys upstairs still spend a lot of time playing when they’re supposed to be writing. Which alone would make Larry a very popular guy around here — but now there’s this.

Larry is the creator of a series of board games called Shuffling Horror, and this is where his most recent honor lies: the title of Official Game Designer of Goth Chick News, as bestowed by me. 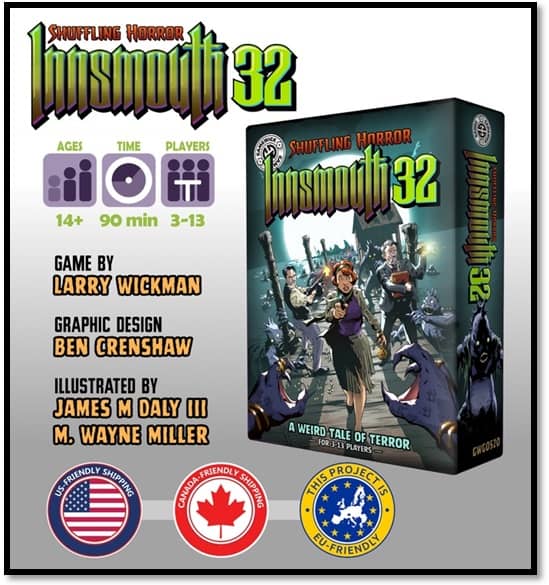 See, Shuffling Horror is, as you may have surmised, are horror-movie-themed games utilizing cards and dice. His two earlier releases, which I can’t believe I missed out on, are called Pittsburgh 68 and Roswell 51 (P68 and R51 for you cool kids).

P68 is a card game only, and has one player starting out as a zombie with the rest of the players on the run as survivors. As survivors are infected, they become part of the rampaging undead and whomever is left uninfected at the end is the winner. Larry ramps up the action in R51, adding in a board and a Game Master role. The GM is the director of a retro, sci-fi, horror movie who controls the action (I couldn’t help but think of Ed Wood here) while the players try to wend their way through disastrous events, plot twists and a terrifying mash up of outer space invaders ala Plan 9 From Outer Space.

As you all know, part of the fun of these types of games is the artwork and the cards alone are entertaining, not to mention the total cinematic immersion and the copious “insider” references which you don’t have to know to enjoy the game, but makes it all the more awesome. This is a must-have for fans of RPG card and dice games, and horror movie fans alike. Not to mention how well this lends itself to hosting a 1950’s retro theme game night – I have a life-sized Bela Lugosi standee if you want to borrow it. 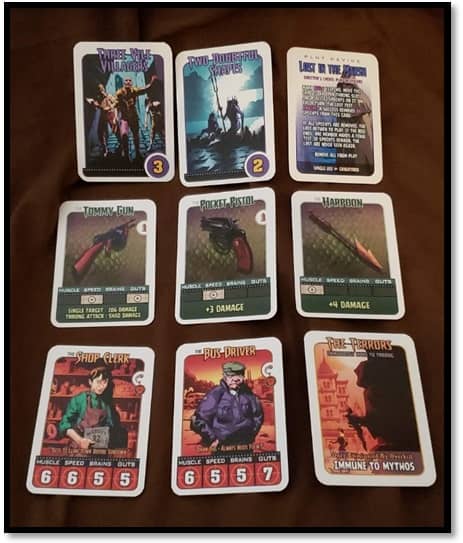 And if all of that wasn’t enough, Larry has a Kickstarter campaign going through May 31 to help bring his latest creation to life.

Innsmouth 32 will be the newest addition to the Shuffling Horror family. If the name hasn’t given it away, this one will focus on the world of H.P. Lovecraft with the GM controlling the cultists and deep ones, and all other players trying to make it out alive. Larry gave me an early look at the artwork and illustrators James Daly and M. Wayne Miller really brought it for the Lovecraft fans. Larry includes “featured art cards” which show the monsters up close. Sometimes the awesomeness of the art loses some of its oomph when shown smaller on the Movie Deck layout, so he wanted everyone to see how cool the art is up close.

Roswell and Innsmouth are not games that you can crack out and play immediately, as it takes a GM to digest the rules beforehand. However, once a GM runs it a few times, the rules fall into the background much like they do in D&D. From a player standpoint, these are games anyone can jump into with no prior experience. Larry now has a big fanbase here at BG and if these games sound like something you would enjoy, grab a copy of P68 and R51 on Amazon or at these select gaming stores nationwide. Then head over to Kickstarter and support the indie game industry by getting in early on Innsmouth 32. 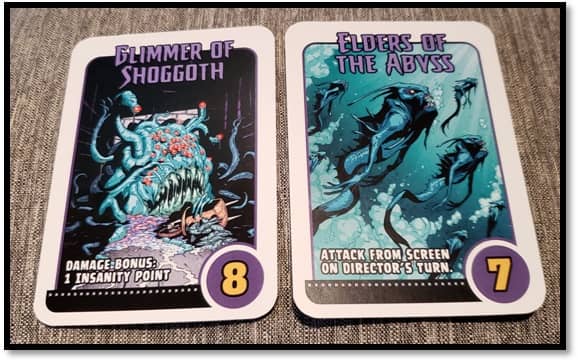 Oh, and Larry – that’ll be my black car parked outside your house this weekend.

Have you played any of the Shuffling Horror offerings? Post a comment here or drop a line to sue@blackgate.com.