I first met Myke Cole at a World Fantasy Convention some years back, but I feel as though I’ve known him a little longer because John O’Neill published him in Black Gate, and Myke’s fiction is direct and compelling and intense, rather like Myke himself.

The second novel in his new series has just debuted, and I thought it high time to sit down with him to talk about the book and his writing.

HAJ: Suppose you bump into me on an elevator with a copy of your book, and I ask what the book’s about. What do you tell me?

Myke: It’s about the weight of expectations, and the struggle to do what’s right in spite of them.

I’m interested in your brief description and want to know more, so what else do you say about it?

The weight of expectations are falling on a young woman in a suit of badass power armor, so she’s got a fighting chance 🙂 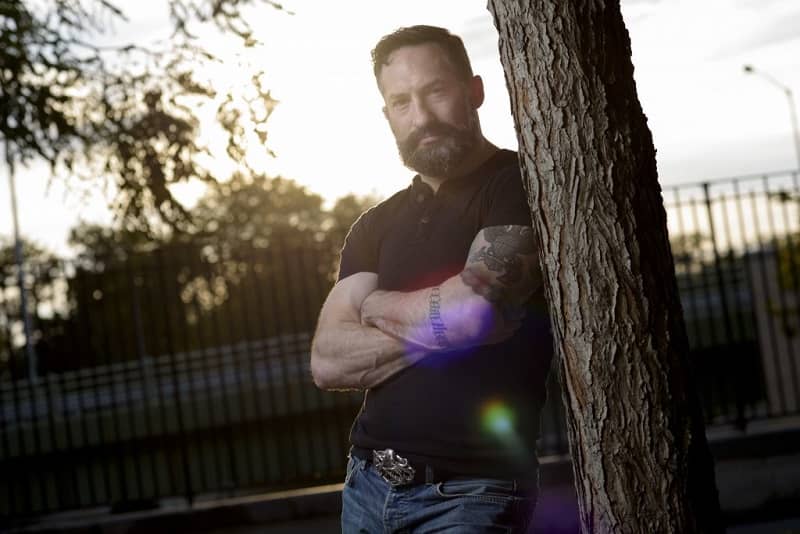 I have to ask – is this a standalone, or is this the start of a series? In either case, it sounds as though it’s a story about personal responsibility, and heroic action. That appeals to me a lot, because I don’t see those subjects covered as often as I’d like.

The Queen of Crows is the second book in The Sacred Throne trilogy, following up on The Armored Saint, which came out this past February. The idea came to me from the sense of isolation I get when people label me a “hero” because they know I fought in Iraq. I know it’s a compliment, but it’s incredibly isolating. Once you slap a label on someone, all need to get to know them is abdicated. Worse, there are all kinds of expectations that come with the appellation. Things I have to do, and things I have to NOT do if I am to live up to this label that I didn’t ask to wear.

At the end of The Armored Saint, Heloise performs an act of heroism that elevates her to the status of a saint, with all the baggage that label implies. And sure, she’s a saint, but she’s also a 16 year old young woman with her humanity to contend with. And she’s trying to lead an army in rebellion that expects her every act to be a passion play.

All most of us want is to be treated like everyone else. And it’s rough when you’re denied that, when that choice is replaced with a definition you didn’t get to make yourself. It stuck with me, and this is the book where I kick it around a bit.

Do you think writing the book helped settle your feelings about being labeled, at least a little?

I never set out to write a book in a conscious effort to work out issues in my life, but they always manage to work their way into my art. Both the Shadow Ops and Reawakening trilogies dealt with military service members whose loyalty to their country was put at direct odds with their own moral code, forcing them to choose between loyalty and decency. Only in hindsight do I see that I was working through the ethical conflict that I still feel over my role in the Iraq War. It’s the same thing here, I think. Only now as I consider the finished book is it so clear to me what I was wrestling with as I wrote it.

And yes, I do think it’s helped me to work through it. The wonderful thing about speculative fiction is that because it isn’t “real,” it allows you tackle the deeply personal, political, or socially current at a remove. Trying to grapple with how society labels you is tougher when you face it head on. It’s a bit easier when it’s happening to a young woman in a suit of arcane power armor in a world stalked by six-armed devils.

Of course, in the end, it wasn’t much easier. This is because I came to love Heloise like my own child, and putting her through all that wasn’t easy to do. But of course I have to serve the story above all things, and unfortunately for her, that’s where the story takes her.

I know you have a strong interest in ancient military history, and I assume that there are battles depicted in your newest trilogy. How much does your study of history impact the description of warfare? And I assume your own experience in the military colors your depiction of conflict as well? 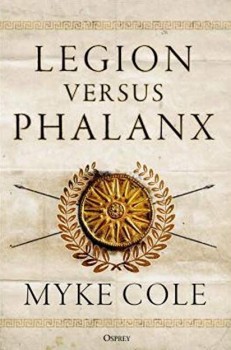 Enormously. When you read the siege and major field battle in The Queen of Crows, you’re going to see all kinds of combined arms tactics from ancient/medieval warfare. From siege towers and supply concerns, to skullduggery and psychological warfare. I feel much more comfortable writing these kinds of scenes after the research I did for Legion Versus Phalanx. Warfare changed enormously from the Hellenistic world to the early medieval period (where I have set The Queen of Crows), but there are universal elements that definitely apply.

As for my personal experience, obviously the technical aspects don’t really apply. Modern asymmetric warfare (the kind I fought) is much much MUCH different than the formation/maneuver based conflicts of the ancient and medieval world. We don’t really do “set piece” battles these days. But the emotionality and internality of being in a war remain largely the same, and I drew hard on that to write The Queen of Crows.

The challenge, of course, is that Heloise is a 16 year old woman. When I fought in Iraq, I was a mid-30’s dude. More importantly, Heloise grew up a peasant and a factor’s apprentice. I had thousands of hours of training before I ever set foot in a warzone. So, it was critical that I kept Heloise’s lens in mind when I wrote her in battle.

What do you wish writers would keep in mind when creating warriors? Are there any specific aspects most of them get wrong?

I wish that writers would embrace a warrior’s humanity. I get really exhausted and bored by caricatures of fighting people who are sober, cool-headed, unconflicted, unflinchingly brave. I have been on ops with Navy SEALs, the German KSK, the Polish DWLąd. I have never met a warfighter like that. The warriors I know are just people, like any other. They have certain skills and they’re less likely to quit when pressed than some. The mythology doesn’t help anyone. It slaps on that hero label I talked about earlier, and it creates an unnecessary barrier between a population and the military that serves them.

What’s next for Myke Cole, writer?

The Killing Light is in another round of edits and will be turned into my editor at Tor by the end of the month. My first history book, Legion Versus Phalanx comes out in a couple of weeks.

After that I have two books under contract that will center around a future Coast Guard running ops on the moon. The first will be titled 16th Watch and will be followed by (tentatively titled) 16th Sunrise.

Thank you, Myke! Myke Cole is easy to keep up with over on Twitter, Facebook, or on his web site. Some of our previous coverage includes:

The Queen of Crows has just been released, and is available through all the usual channels.

i really want to read these because they remind me a little of dragon age story wise, and i enjoy the way he writes, but the pricing on these are so suspect. is this the new thing, at least for TOR where novellas are all coming out at 10+ bucks for 200 or less pages? even if it was my favorite author i cant see paying 10 or more for that little. i guess i am old and stuck in the old 6.99-7.99 for a 300+ page paperback. i’ll speak with my wallet, but will certainly look for a sale at some point.

[…] I was traveling all of last week, and the way my phone has been glitching it just made Internet access a challenge. So I’m a little late getting this Black Gate link to you. My friend Myke Cole was interviewed by yours truly about his new book, the second in his new series. We also make casual reference to a really nifty sounding military history book he wrote. You should check out his work, and the interview. […]