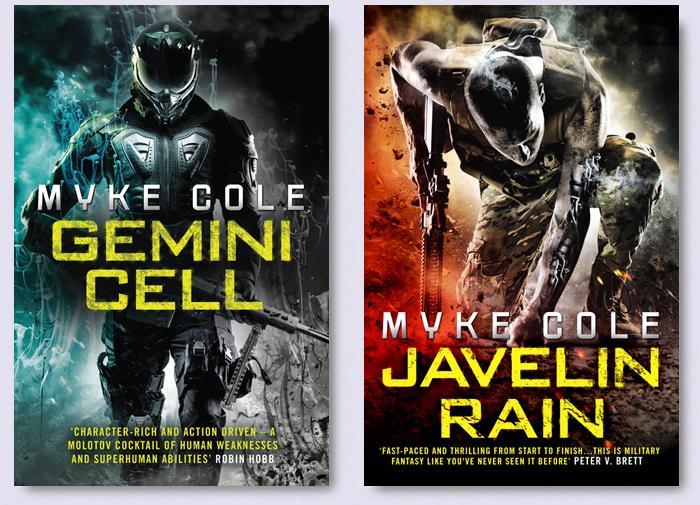 While this is technically the fifth book in Cole’s Shadow Ops series, it’s really a sequel to the prequel novel Gemini Cell. Set in a future in which magic’s reappearance in the world is just beginning to erode the old order, Jim Schweitzer is a U.S. Navy SEAL serving with the Gemini Cell — until he’s killed in action. And then brought back from the dead via occult means. His escape is coded “javelin rain,” indicating the worst possible security threat — one that must be stopped as quickly as possible, by any means necessary. As Schweitzer discovers his resurrection has made him immortal, his family certainly isn’t, and he has to use all of his skills — old and new — to protect all that is important to him. Combining military heroics, espionage intrigue, and magic-infused action, Cole adds new layers to one of the most unique SF/F universes on shelves today.

We covered B&N’s picks for the Best SF and Fantasy of 2015 here.