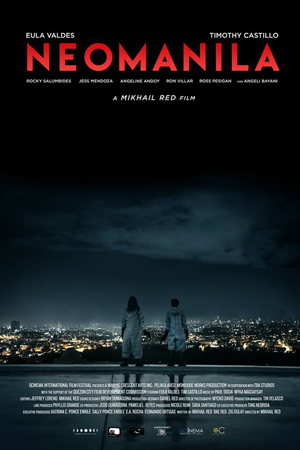 You can tell a bit about an audience at Fantasia just from how they react to what goes on screen before the movie starts. You don’t get trailers before a movie, though sometimes you see a trailer for that year’s festival, using brief clips of several of the films playing that edition of Fantasia; this year’s trailer often drew cheers. You get a couple commercials, from a very limited selection; there’s one particular commercial for Nongshim noodles that’s played for several years and often draws warm applause for its earnestness. And of course there’s the meowing, an audience tradition — after the light goes down and before the movie starts, people in the audience meow, others shush them, still others make other animal noises. How much of any of this you get depends on how playful the audience is, and how excited they are for a crowd-pleasing thrill-ride. Which means, from the noise an audience makes before a film begins, you can tell what kind of a film you’re about to see.

The first film I saw on Monday, July 16, was a neo-noir movie from the Philippines called Neomanila, and there was no meowing and no applause for the Nongshim commercial at all. This was a serious crowd that had come to the J.A. De Sève Theatre to see a serious and dark movie. Which is what they got, and a good one, too.

Neomanila was directed by Manila-based Mikhail Red, and written by Red with Rae Red and Zig Dulay. Toto (Timothy Castillo) is a kid in Manila whose brother’s been arrested, and the police are leaning on him to give up a drug dealer in exchange for his brother’s freedom. Toto’s gang is leaning on him not to flip. Toto finds the dealer’s dead, anyway, killed by Irma (Eula Vades), who offers Toto a job to pay his brother’s bail. Toto gets drawn deeper into the world Irma and her partner Raul (Rocky Salumbides) inhabit, where behind the facade of a pest control shop they run deadly missions against alleged drug dealers. Things build, but only grow darker, more despairing. This is a downbeat film, and the ending doesn’t shy away from the logic the story builds.

This is very definitely a crime movie, with a highly realistic approach to depicting Manila’s underworld. Note that I don’t just mean that it’s trying to be mimetic, but that in the fullest sense it’s trying to be realistic — echoing Italian neorealism, a politically aware film shot on location and focussing on the lives of the urban poor, telling stories of desperation that dive deep into the characters’ psyches. On the other hand, Red’s talked about the filmic language of the movie, noting devices he consciously uses to build narrative tension as well as similarities to Leon: The Professional and Blade Runner, and saying it has a “very comic book feel to it.” I’d say that may be overstating things a little, but to say that the movie’s an experimental neo-noir is quite fair. 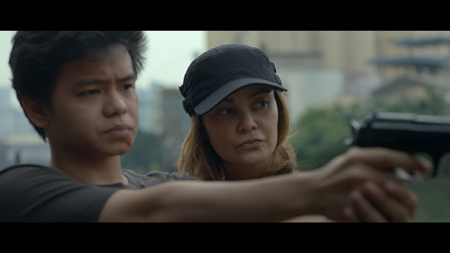 Going back to that interview, it’s worth pointing out that Red’s aware of the tension between realism and genre: “I always prefer that my films have strong social commentary. I use genre to deliver my message. It’s easier that way to reach the masses. And in a way, you’re slowly smuggling in something important, something meaningful. And then they absorb it, even subconsciously.” This is interesting because while there are structural aspects to the film that situate it within a genre, those conventions feel less important than the character aspects. Put another way, while watching the movie it feels shapeless yet coherent, and so not very much like a genre piece. Step back, and you can see how there’s a familiar armature of spiritual overtones (a sermon’s half-overheard early in the film), a morally compromised lead, a femme fatale, a betrayal, and so forth. One might argue that it reinvigorates the idea of genre, and specifically of noir, making old ideas feel new. One might also argue that it uses genre conventions to fit a shape to the sprawl of realist material.

Either way, there’s a stylish lo-fi aesthetic to the film, which seems to be built out of grime and a little neon. Most of it seems to take place at night, the time of noir, and in the overlooked urban spaces away from centres of power or wealth: back alleys, overgrown vacant lots, Irma’s empty echoing pest control shop, a motel room or two, a cramped jail. Intriguingly, a climactic scene in an abandoned factory filled with mannequins doesn’t feel spooky — tense, but not wandering near the uncanny valley. There’s no expressionism here. The film’s too real for the frisson of horror mannequins can create. The killers wandering about with guns drawn are horror enough. 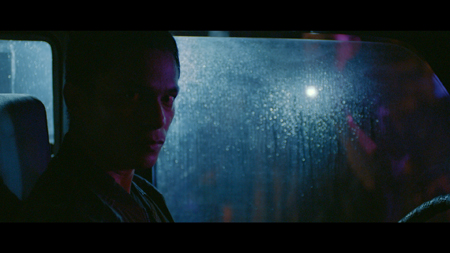 It’s immersive, avoiding lengthy expository dialogue for briefer and more elliptical discussion. We follow Toto closely, handheld photography showing us the world through his eyes, an immersive choice that mostly works. One notable exception is the film’s first sequence, an assassination in a busy nighttime marketplace that does a lot with sound; generally much in this film happens offscreen, audible but not always visible. It adds to the paranoia: is that guy really watching Toto? Are the sirens close by after him?

The story, as I’ve said, is both noir and not-noir. I find it breaks down into longish sequences of scenes — when Toto’s sent after a woman with a baby who might also be carrying drugs, for example. There’s a set-up to his mission. Then what he does during it. Then what happens after. The tension keeps building, and only when everything’s done is it released. We never really find out key aspects of what’s happening or why it’s important for Toto to do this thing. Only that he does it. And then we follow him, as he tries to do what he’s told, and maybe doubts what he’s about, and we watch him working out his choices, and the whole thing gains in tension from the violence we know is just waiting and from the narrow claustrophobic setting he has to navigate physically as well as morally. 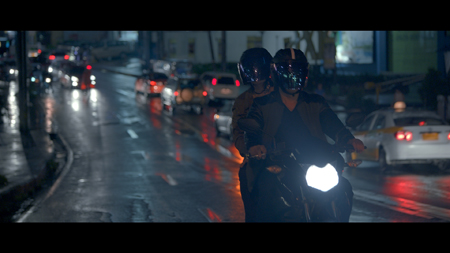 Nothing’s perfect. Some of the choices I thought were a little obvious, as making Irma’s day job pest control, and using rats as a recurring image when informants, metaphorical rats, are key to the movie. A doubling of Toto with another character is too plot-centred to make the kind of thematic sense it seems to be aiming for. And there was a plot point near the end of the movie that made little sense to me: Irma shoots one person and then tries to shoot another, when so far as I could see it would have made more sense for her to shoot the second person and stop there. Still, even that perhaps sets up a kind of Chinatown-like sense of despair: everything’s doomed to fail. The very end of the movie seems to bear that out.

I know very little about the current situation in the Philippines. This is very clearly a political movie, though, if only in the way it chooses to show people from a certain milieu: the way it depicts the humanity of the urban poor, of people caught up in crime. In how it shows them being affected by violence all around them. In the interview with Red I linked to above, he said that “every hit in this film, every assignment where they actually kill a target is a reference to an actual news event.” And: “for research, for a couple of weeks, I was with the Manila Police District every night. We would hang around near the police station — Nightcrawler level. We would go to the actual crime scenes, and I recorded a lot on my phone.” The violence and the reality aren’t at odds. They’re the same thing. 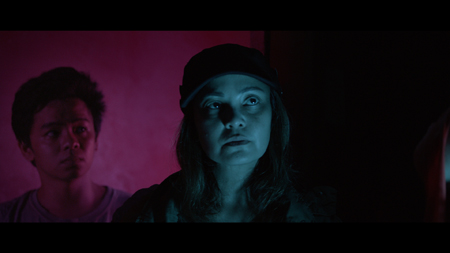 There are a lot of grace notes in this film: the way Irma bitterly points out fake brand name watches and shoes in a local market, for example, and the way she then looks away from a passing cop. The acting’s uniformly strong. The writing and especially the editing are sharp. The violence doesn’t feel romanticised or exploitative; there’s a credible ratio, I thought, of preparation for violence and talking about violence to the actual doing of violence. I don’t know what’s actually real here. These lives are far from mine. But the point of a work aiming at realism is to feel real. And that’s what Neomanila does.