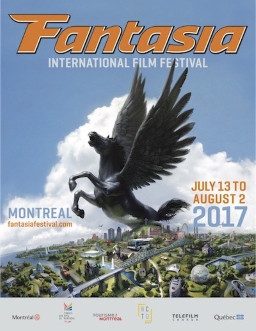 With another year’s worth of Fantasia reviews now finished, I thought I’d take the time once again to look back at what I saw and write a general overview of the films as a whole. Doing so this year, though, leads to thoughts about film on a slightly larger scale than just Fantasia alone.

I saw a bit more than fifty movies this year at Fantasia. That includes films from a range of genres, but I want to write here about the fantasy and science-fiction movies I saw. And more than that, I want to write about what I’m seeing in the cinema of the fantastic in general.

What I want to observe, mainly, is this: it’s becoming increasingly clear to me that we’re in a golden age of fantasy and science-fiction cinema. Obviously there are any number of summer blockbuster films coming out of Hollywood. But there are also epics from China, and lavish manga adaptations from Japan. And more than that, from around the world there are intelligent, gripping and more-or-less independent genre films being made. There’s a flood of work out there to watch. What surprises me, given all this, is how little I hear about it.

Distribution and marketing still play a significant role in determining what films make it to theatres, and, perhaps more important these days, what films get written about online. It’s easy to hear about a Marvel movie, or even about a major Netflix original movie. But there’s a lot out there beyond those things. You can’t help but notice, for example, that Netflix doesn’t carry the Japanese adaptation of Death Note; use that service and you’re stuck with the whitewashed adaptation for American audiences. 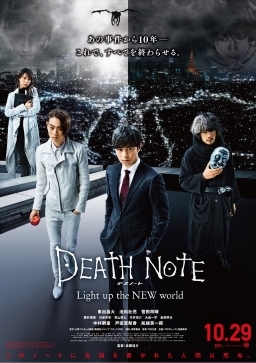 But there’s a lot of work out there that fans of written SF/F would enjoy, films with the complexity of a good genre novel. It seems to me that these movies don’t get discussed as much as they deserve to be, in fandom circles or beyond. There are film-specific circles, obviously, industry people and cinema enthusiasts. But I’m always struck by little crossover there is between film fans and prose-oriented genre fans. I don’t really understand the division. Unless it’s a function of a lack of awareness of what’s out there.

As I write this up I’ve got E.T. playing on Netflix in the background. Netflix is a tremendously convenient service. It carries an awful lot of movies and TV shows. Follow its algorithms and you’ll find enough genre programming to keep you busy for years (although those algorithms seem to have an odd insistence lately that I should watch Bright). But even so, it doesn’t have everything; not even a large fraction of everything. And what it does have doesn’t always come up in much online discussion. So far, in the months since Fantasia ended, Netflix has added two movies I saw at the festival, God of War and Bushwick. And it’s added some others that played the festival and which I didn’t see (offhand, I know it’s added Colossal and The Little Hours). Four movies I know of, then. There were about 130 feature films at Fantasia. You can’t expect Netflix to add everything. But then it’s also not as though everything plays at one festival.

My point’s larger than one festival and one streaming service. As I say, there’s a golden age of genre cinema going on, and almost nobody’s talking about it. You can find a couple of articles, here and there. But even then there’s a (somewhat understandable) focus on Hollywood studio movies. In fact many of the best movies I’ve seen the last few years have been lower-budget works; from this year I’ll mention The Honor Farm and Indiana. And of course movies from around the world have to be brought up as well, wonderful work like Junk Head, November, and The Laplace’s Demon. There’s no particular reason for these films to be difficult to find; we have the technology for anything to be available to anyone at any time. Partly economics get in the way. But partly, I think, it’s not immediately obvious to people not immersed in the film world how much variety is out there. I’m not even sure how many North Americans know about the amount of big-budget manga adaptations that exist, never mind smaller-budget productions without a source material. 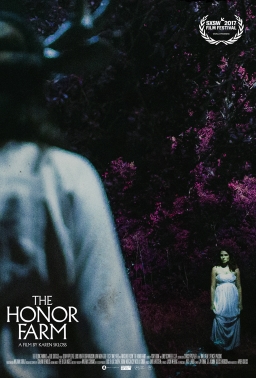 I don’t really know what the answer is. I’d like to think that writing about what I’ve seen on this site will help get across to people how much there is to see; how wide the film world is. Personally it’s been wonderful for me to learn about those things, and then beyond that, to learn how much has been done over the years, how traditions have been built, and how fans and critics are out there analysing these films and drawing connections and doing the sort of thing that fans and critics are supposed to do. What feels like it’s missing is the connection that ought to exist between that system of critical endeavour and the equivalent critical system for prose. Works in different media that share a genre ought to be able to speak to each other more freely than they do. If they could, I suspect both would be enriched.

And I suspect audiences might be able to find work that appealed more directly to them. I don’t at all begrudge big-budget films their audiences or their mind share. But the more precise Amazon’s and Netflix’s recommendation algorithms get, the more we’ll be able to find works that are more exactly what we want to see — if there’s a range of work available to cover the spectrum of audience desire. My argument is that the work exists. It just needs to be made available and made known.

It’s always been difficult for good work to find an audience. If there’s more good work than ever before, there is accordingly more difficulty in letting people know about it. I look at the way technology’s developed over the last ten or twenty years, and I have some hope that audiences will have an easier time of getting to the works that will matter to them. Because as I look at the development of film over the last ten or twenty years, I see genre work becoming easier and easier to make, in part because of the development of technology. I don’t think that will change. I think there are only going to be more and better genre works made in the years to come. And I’m looking forward to being able to watch them, at Fantasia or elsewhere.