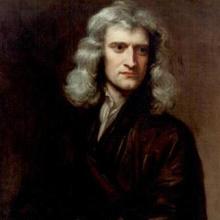 They say it’s the question most often asked of writers, but to be honest, no one has ever asked me where I got my ideas. Maybe I’ve been asked where a specific idea came from, but that was more of a “how did you think of that?”

Every idea comes from somewhere different. Harlan Ellison said he used to tell people he got his ideas from a post office box in . . . was it Peoria? Brooklyn? Sometimes how you got the idea isn’t very interesting, so you make up a good story to explain it when someone asks. Sometimes you can’t identify the somewhere until after the idea has been used. And sometimes you can’t identify it at all.

I’m fairly certain that Newton did start thinking about theories of gravity and motion by watching objects fall – though I’m not so sure about the part where the apple conked him on the head. Was he the object “at rest” when he came up with the laws that cover inertia? Did the equal-and-opposite-reaction stuff come from playing billiards? I don’t know. I know more about Berkeley than I do about Newton, and we all know where the Bishop got his ideas. 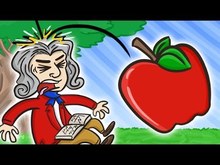 Any cat owner knows where Newton got the idea for the cat door.

Did Da Vinci, or maybe it was someone else, really get the idea for the helicopter watching maple keys being lifted by the wind? Do maple trees even grow in Italy? 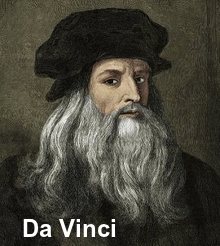 I once got an idea while putting away shoes. I had a pair of very nice made-in-Spain stilettoes, you know, the kind where the heel is so high it’s built around a steel shaft? Well, naturally it occurred to me that it would make a great weapon – I mean, after all, stiletto, right? It would be hard to stab someone with it in the normal areas, if I can express it that way, heart, kidneys, liver, etc. But I was pretty sure you could jab someone in the eye, or the temple, and that might do the job. Then I thought it would be more interesting if the shoe was used as a projectile . . . anyway, I never ended up using this specific idea, though the scene I was thinking of setting it in did become a fight scene in my first novel, The Mirror Prince.

It would have been nice to have one of those jelly models of people they use in CSI to test my flying stiletto heel idea, which reminds me that I once got an idea from that TV show, or rather, the concept of the show. What if the crime scene investigators were psychics? They could just touch the evidence and know all there was to know about it, right?

Actually, that one’s a good example of how an idea all by itself isn’t a story. You certainly couldn’t tell a murder mystery story using psychics as CSIs, since there wouldn’t be any mystery. So what if being psychic was the problem, instead of the solution to the problem? I didn’t realize it until just this minute, but I actually got two books out of that idea, or three, if you count that one of them has a sequel.

The first one is Shadowlands, which is the follow-up book to The Mirror Prince. It’s a primary world fantasy, and the protagonist is hiding the fact that she’s a psychic by pretending to be a profiler. The second is the novel that’s coming out in August, Halls of Law where the country that uses psychics as part of their law enforcement gets invaded by people who think that psychics are an abomination and should be wiped out. You can look for that one under my Spanish name, VM Escalada.

My answer to this chestnut of a question is this:

“From the same sources, and in the same ways, as you. What do you do with yours?”

Love it. Sometimes, if there’s a blunt instrument handy, I heft it and say “You’re giving me one right now.”

“I know more about Berkeley than I do about Newton, and we all know where the Bishop got his ideas.”

Harlan Ellison frequently used “Schenectady” as the location from where he received his ideas. I always found that an amusing way to answer the unanswerable.

THAT’S it, Schenectady. Thanks.