Tor.com is one of the most successful and acclaimed sources of genre short fiction we have. They routinely lead the field in award nominations, as they did with this year’s Hugo nominations. And as recently as 2014, they swept the short fiction categories of the Hugo Awards.

They publish one new work of short fiction every week, completely free, at the Tor.com website. But because they don’t have regular issues, I don’t do a very good job of including them in our regular magazine coverage. So that means I have to report on them as best I can every few months. Which brings us to today’s massive catch-up post featuring 30 stories and 11 flash fiction pieces — enough to fill two decent-sized anthologies.

And what a dazzling list of contributors! Over the last 6+ months Tor.com has published brand new fiction from Peter S. Beagle, Carrie Vaughn, Yoon Ha Lee, Lavie Tidhar, Max Gladstone, Jo Walton, Kelly Robson, M. Dellamonica, Theodora Goss, Allen Steele, S.B. Divya, Stephen Leigh, and many others, plus reprints from Ken Liu, Ellen Klages, and others. All of it gorgeously illustrated by a talented group of artists, and available online completely free. You owe it to yourself to check it out.

Here’s the stories published at Tor.com since our last update. Links will take you directly to the stories.

“Reverse Documentary” by Marisela Navarro
Wed Nov 9, 2016
original fiction, edited by Ann VanderMeer
Dark Fantasy, Fantasy || Dino is a documentary filmmaker, haunted by the ghost of his ex-girlfriend who was killed in a car crash while with another man. As Dino shoots his latest documentary on the vandalism occurring in the woods of his hometown, he tries to move on from her unexpected death. But when his life starts to look up, the ghost encroaches on his property. The focus of the film begins to blur as the lens of the camera shifts onto Dino, the director succumbing to his ghostly obsession.

“Dragons of Tomorrow” by Kathleen Baldwin
Wed Nov 30, 2016
original fiction, edited by Susan Chang
Fantasy, Young Adult || After the collapse of civilization Nora and her family live a quiet life in the Midwestern Plains until a great fiery god of the sky descends and makes her an irresistible offer—an offer that will take her away from those she loves forever. “Dragons of Tomorrow” is a standalone story by the author of the Stranje House series, available now from Tor Teen.

“The Story of Kao Yu” by Peter S. Beagle
Wed Dec 7, 2016
original fiction, edited by Jonathan Strahan
Fairy Tales and Folklore, Fantasy || “The Story of Kao Yu” is a new fantasy short story by the legendary Peter S. Beagle which tells of an aging judge traveling through rural China and of a criminal he encounters. Of the story, Beagle says it “comes out of a lifelong fascination with Asian legendry — Chinese, Japanese, Korean, Indian, Indonesian — all drawn from cultures where storytelling, in one form of another, remains a living art. As a young writer I loved everything from Robert van Gulik’s Judge Dee mysteries to Lafcadio Hearn’s translations of Japanese fairytales and many lesser-known fantasies. Like my story ‘The Tale of Junko and Sayuri,’ ‘The Story of Kao Yu’ is a respectful imitation of an ancient style, and never pretends to be anything else. But I wrote it with great care and love, and I’m still proud of it.“

“The Autobiography of a Traitor and a Half-Savage” by Alix E. Harrow
Wed Dec 14, 2016
original fiction, edited by Carl Engle-Laird
Fantasy, Historical || Oona’s blood is a river delta blending east and west, her hair red as Tennessee clay, her heart tangled as the wild lands she maps. By tracing rivers in ink on paper, Oona pins the land down to one reality and betrays her people. Can she escape the bonds of gold and blood and bone that tie her to the Imperial American River Company?

“The Thing About Growing up in Jokertown” by Carrie Vaughn
Wed Dec 21, 2016
original fiction, edited by George R. R. Martin
Science Fiction || The Wild Cards universe has been thrilling readers for over 25 years. In Carrie Vaughn’s “The Thing about Growing Up in Jokertown,” a group of teenage jokers yearn to explore outside the confines of their strange little neighborhood and get a real taste of the Big Apple.

“Microbiota and the Masses: A Love Story” by S.B. Divya
Wed Jan 11, 2017
original fiction, edited by Carl Engle-Laird
Romantic, Science Fiction || Moena lives in a world of her own making, sealed off from the deadly pathogens of Bangalore in her own personal biome. But when she meets Rahul, a beautiful man working to clean up his city, her need for him draws her into danger. She will risk her health and her work to satisfy her lust for Rahul, and may find love along the way.

“The Atonement Tango” by Stephen Leigh
Wed Jan 18, 2017
original fiction, edited by George R. R. Martin
Science Fiction, Superheroes || The Wild Cards universe has been thrilling readers for over 25 years. One act of terrorism changes the life of Michael “Drummer Boy” Vogali forever in Stephen Leigh’s “The Atonement Tango.” Now without his band, Joker Plague, Michael must figure out a way to re-build his life — and seek revenge.

“The Virtual Swallows of Hog Island” by Julianna Baggott
Wed Jan 25, 2017
original fiction, edited by Ann VanderMeer
Hard Science Fiction, Science Fiction || In “The Virtual Swallows of Hog Island,” a programmer finds himself working for the self-proclaimed “Bad-Boy of Virtual-Reality Therapy.” While his boss is breaking new ground and breaking the rules and his coworkers are engaging in questionable uses of the latest technology, the lonely programmer is in a state of mourning over his deep personal losses and must figure out his own form of therapy.

“The Greenest Gecko” by Ploy Pirapokin
Wed Feb 1, 2017
original fiction, edited by Ann VanderMeer
Fantasy || After an unusual public incident in which the frail, elderly president is revitalized, geckos are now considered to bring good luck. At the Ministry of Merit, Fon is secretly in charge of building the next Gecko Cannon for the family of president Bankim’s eightieth birthday. She is honored to be assigned this duty and works diligently to create and deliver this extraordinary machine.

“The Old Dispensation” by Lavie Tidhar
Wed Feb 8, 2017
original fiction, edited by Jonathan Strahan
Science Fiction, Space Opera || A space opera adventure set in a universe controlled and run by Jewish religious authorities. An enforcer is sent to a distant planet where he discovers an android who changes his mind about what is right and wrong.

“Extracurricular Activities” by Yoon Ha Lee
Wed Feb 15, 2017
original fiction, edited by Jonathan Strahan
Science Fiction, Space Opera || A space opera adventure set in a distant future where an undercover agent has to go behind enemy lines to recover a lost ship and a possible traitor.

“Excerpts from a Film (1942-1987)” by A.C. Wise
Tue Mar 21, 2017
original fiction, edited by Ellen Datlow
Horror || “Excerpts from a Film (1942-1987)” by A.C. Wise is a disturbing horror novelette about a young woman, who like many others, goes to Hollywood to become a star and is haunted by the murders of several other aspiring actresses. And of her influence, rippling up through the years, on the man who “discovered” her and on film itself.

“Ecdysis” by Julianna Baggott
Wed Mar 22, 2017
original fiction, edited by Ann VanderMeer
Science Fiction || Our young narrator has many skins. Shedding and taking on new ones help them to find their way back home after leaving to avoid more tragedies and assaults. But what price do they have to pay to acquire the one true skin that fits the best?

“When Stars Are Scattered” by Spencer Ellsworth
Wed Apr 5, 2017
original fiction, edited by Claire Eddy
Science Fiction || Ahmed is a doctor working in a far flung outpost of humanity. His way was paid for by the leaders of his faith and his atheism is a guarded secret. His encounters with the “kite people” will cause him to doubt his whole worldview however when the aliens start dying and escalating tensions between religious extremists threatens to destroy the colony’s peace. “When Stars Are Scattered” is a moving story about alien contact, religious intolerance, and the redemptive power of the divine channeled through the spirit. Whether that spirit is human or alien.

“Mental Diplopia” by Julianna Baggott
Tue Apr 11, 2017
original fiction, edited by Ann VanderMeer
Apocalyptic and Post-Apocalyptic, Science Fiction || There seems to be a strange new disease spreading around the world. People are getting stuck in the past in mostly happy memories. They are straddling the line between now and then. Although the disease ends in death, the infected seem to go willingly. The epidemiologist seeks the answers to this viral mystery while she is falling in love and yet trying not to get infected.

“A Burden Shared” by Jo Walton
Wed Apr 19, 2017
original fiction, edited by Patrick Nielsen Hayden
Science Fiction || What we do for one another is a mystery.

“The Awakening of Insects” by Bobby Sun
Wed Apr 26, 2017
original fiction, edited by Diana Pho
Hard Science Fiction, Science Fiction || Patterns emerge in the most unexpected places as a scientist studies the flora and fauna of a new world.

“Hexagrammaton” by Hanuš Seiner
Wed May 10, 2017
original fiction, edited by Ann VanderMeer
Science Fiction || Each man has a measure of luck given by destiny, but not a drop more. Has the luck of an unusual guide responsible for the passage of visitors into the deep buried bellies of alien ships just runout? His newest client, a young woman named Janita, proves to be a member of the resistance carrying in her body an alien civilization’s gift to humanity. Will either of them become the devil’s martyr? One story gives life to another, waiting all along…

“Sanctuary” by Allen Steele
Wed May 17, 2017
original fiction, edited by Jonathan Strahan
Hard Science Fiction, Science Fiction || An edge of your seat hard SF adventure as colonists on a new world find that nothing is what they expected and that travelling to a distant star is far more dangerous than they’d ever imagined…

“Red” by Ramsey Shehadeh
Wed May 24, 2017
original fiction, edited by Ann VanderMeer
Contemporary Fantasy, Fantasy || A young man grieving for his lost sister steps into the world of their favorite board game, in a desperate attempt to find her.

“Shape Without Form, Shade Without Color” by Sunny Moraine
Wed May 31, 2017
original fiction, edited by Marco Palmieri
Dark Fantasy, Fantasy || Haunted by starlings in the dark, a young woman spirals into an altered state of consciousness. 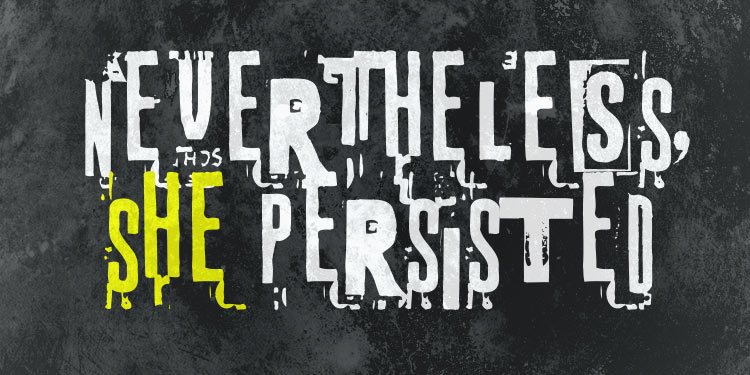 “Nevertheless She Persisted” has become a galvanizing cry for people of all genders in recognition of the struggles that women have faced throughout history.

This sci-fi/fantasy flash fiction collection features sharing unique visions of women inventing, playing, loving, surviving, and – of course – dreaming of themselves beyond their circumstances.

See the complete fiction catalog at Tor.com here, and sign up for their excellent weekly newsletter here.

We last covered Tor.com with their August-November fiction.

See our Late May Fantasy Magazine Rack here, and all of our recent Magazine coverage here.

I liked all the Nevertheless She Persisted stories, Amal El-Mohtar’s most of all. Lapidary craftsmanship, ruthless truth, heartbreak. Read it now.