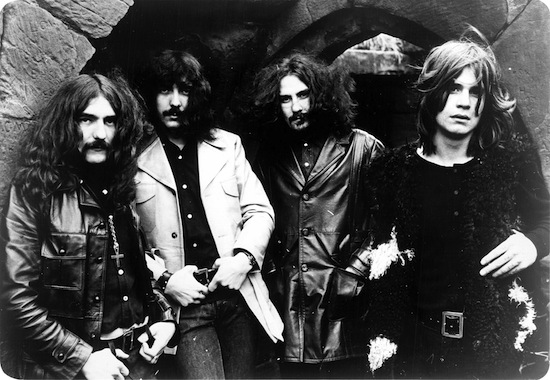 OK, that’s small potatoes compared with all the other crap going on, but it was the end of an era. I bet I’m not alone among Black Gate readers and writers in being a Black Sabbath fan. Unfortunately I never got to see them in concert and now I never will.

They did teach me a lot about writing, though. As an author I get tips and inspiration from lots of different sources, not just other writers. Sure, I have a fondness for the great prolific authors and the literary giants, but I often learn more from the greats in different arts. Perhaps that’s because there’s a certain distance that allows you to see what they do more clearly. With other writers I tend to spend a lot of time looking at the nuts and bolts of their work, while with musicians and painters that’s not the case. I know very little about playing the guitar, and nothing about painting a landscape, so I focus more on the philosophy behind the work rather than the techniques of the work itself. 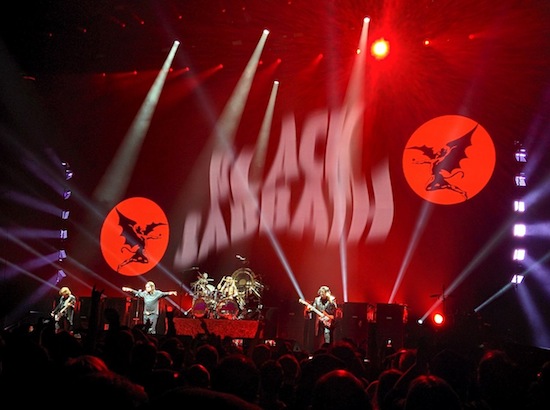 So what can Black Sabbath teach writers about writing? Plenty.

Persistence pays off. Black Sabbath started in 1968 as an unknown band in Birmingham playing the local pubs. Nineteen studio albums and hundreds if not thousands of concerts later, they are one of the legends of rock and roll. In fact, they were legends when I discovered them back in the early Eighties. They already had the wealth and fame but did they retire and sit on their laurels? Nope. They continued to play and produce new work. If they hadn’t put in that extra thirty years of work, would people still remember them now? We can all name prolific writers whose most famous novels were written decades ago. But they keep working on their art because that’s what they do. 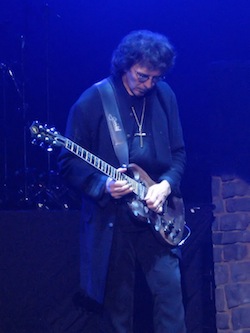 If life gives you lemons, kick life in the nuts. In the early days of the band, they all still had day jobs. Guitarist Tony Iommi worked at a sheet metal factory. One day he was working on a metal cutting machine when it sliced off the tips of his middle and ring fingers on his right hand. He was seventeen. The doctor told him he’d never play again. Of course, he hadn’t lost any sort of career, the band was still playing pub gigs, but his dream was to be a guitarist. So when he got back from the hospital he melted down a plastic bottle of dish soap and made prosthetic fingertips so he could continue to play. He wasn’t going to let a “disability” stop him.

Turn adversity into an advantage. Iommi credits his fake fingertips with helping him fashion a new sound. He doesn’t touch the strings or create chords the way other guitarists do. The prosthetic tips meant he can’t feel the strings and has a tendency to press down on them harder than usual. Also, he has trouble bending them. To compensate for the latter problem, he tunes the guitar to lower pitches to make the strings easier to bend. He says the sound comes out bigger, stronger, and critics agree. Writers can take the lumps life has given them and use them to gain greater insight into the world, and therefore their work.

You can’t escape your labels. In an interview with the BBC, they admitted they used to hate being called a heavy metal band. The term came about in the Seventies and was immediately applied to them. They objected, saying they played heavy rock, but the label stuck. It wasn’t long before they embraced it. It’s what their fans loved, and they loved their fans, so why not? As a writer’s career grows, people will start applying labels to their work. This is unavoidable so you might as well accept it.

You can always bounce back no matter how dumb you act. I’ve had one or two missteps in my career, but nothing compared to biting the head off a bat. No, that isn’t an urban legend, it actually happened. Ozzy says the aftertaste was terrible. Sure, if he was a Gospel singer instead of a heavy metal star it might not have been so easy to get past that, but writers have the advantage that they can always work under a pseudonym.

You can mispronounce Aleister Crowley’s name and not be consumed by demons. In the song “Mr. Crowley,” Ozzy mispronounces the name of the famous occultist. Crowley was irritated by people saying his name wrong and made up a little ditty to set the record straight: “My friends call me Crowley because that I am holy. My enemies call me Crowley and wish to treat me foully.” While this isn’t specifically writer’s advice, it’s good to do your homework in case a flock of demons flies through your window, sent by the Great Beast himself. You might not be able to bite off their heads in time to save your soul like Ozzy did.

(And yes, I know that song is from Blizzard of Oz and not a Black Sabbath album, so don’t flame me in comments section or I’ll cast a curse on you.)

Have fun! It will show in your art. It sure shows in theirs. Plus not everyone is going to become a multimillionaire from their art so you better enjoy the creation, it may be your only reward.

Don’t forget where you came from. They started their career in Birmingham, and they played their last gig in Birmingham. The last song of that last gig was their first hit, “Paranoid”. Their final concert was bound to be a sold out show and they could have gotten a bigger venue in New York or London or Berlin, but they chose to go home. Their fans, not their bank accounts, came first. Class act, gentlemen, class act. You will be missed.

Sean McLachlan is the author of the historical fantasy novel A Fine Likeness, set in Civil War Missouri, and several other titles. His novel The Last Hotel Room, about the Syrian refugee crisis, is on sale for $1 through the Amazon US Kindle store for all of February. Find out more about him on his blog and Amazon author’s page.

This is weird. Just a couple of days ago I was listening to some of my Sinatra CD’s (I’m a Frank fanatic) and I was thinking that you can learn so much about good writing from the great American songwriters – not from their career travails, but from their songs; the wit and concision of the Gershwins, Irving Berlin, Cole Porter, Lorenz Hart, Johnny Mercer etc. is a masters course in memorable writing.

Now I hop onto BG and see this article. It must mean something…but what?

Ahem. I was a big Heavy Metal fan as a teenager (not something I ever brag about, funnily enough) and saw Ronnie James Dio play in Dublin a couple of times.

Great article. I’m a head-banger from the 80’s and still jam to this kind of the music and the new hard stuff too.
Black Sabbath, Ozzy, and Dio, along with many other of the heavier rock bands, like Blue Oyster Cult (who were supposed to be USA’s answer to Black Sabbath), Deep Purple and even many of the later bands like Metallica, have a heavy influence by sci-fi/fantasy and horror genres.
So it makes sense that so many, what we now call, “geeks” dig this music too.

[…] Internet Notes for this month: – I passed around a humorous jpg about writing that I found on Facebook.  It’s attached at the bottom of this post. – An article on Black Gate: What Black Sabbath Can Teach Us About Writing […]