Last week, M Harold Page posted an interesting article here on Black Gate about achieving a steady word count as a writer, giving some insights into his own practice. He said,

Many newbie writers would screech in horror and say no one can write that fast, while most MFA snobs would turn up their noses and say it’s impossible to write anything of worth at that rate, that writing must be an agonizing process of constant revision and polishing. They’re both wrong, as Page’s own writing attests.

The fact is, however, Page’s speed is rather modest. Mine is about the same, so I’m not knocking him. I know how hard it is to keep up a good momentum while maintaining your responsibilities to family, not to mention the distractions of the Internet and local pub. I’m fortunate enough that writing is my day job, so at least I don’t have a separate career getting in the way of my productivity.

Page and I may both have a bunch of books to our name, but we are mere henchmen, mere spear carriers to the great Deities and Demigods of publishing — the truly prolific. Dean Wesley Smith, who has written well over 100 novels and about 500 short stories and only seems to be picking up speed, recently shared a link to an interesting blog post titled 17 Most Prolific Writers in History. I have a lot of quibbles with this list, as I’m sure you will too, but while it isn’t authoritative or entirely accurate, it’s certainly inspiring and daunting in equal measure.

The queen of the word count pantheon is without a doubt Corin Tellado (1927-2009), a Spanish romance novelist who wrote about 4,000 titles and sold more than 400 million books. She got her first novel published at age 19, and the editors liked it so much they asked her to churn out a novel (really a novella of about 20,000 words) every week. This she did until her death at age 81. For part of this time she raised two children as a single mother, which must have cut into her writing time but certainly helped with her motivation.

I saw a television interview with Tellado here in Spain. She demonstrated her technique for the audience by dictating her latest novel to a typist, telling the story as fast as the typist could get it down. Tellado was completely ignoring the cameras, totally in the zone and loving every minute of it. Without that kind of focus, she would have never written even a tenth of the novels she did.

Coming in a distant but still jaw-dropping second is Brazilian writer Ryoki Inoue, who despite not having ever been to the American West has written some 1,000 Westerns. He’s also written in numerous other genres, especially espionage. Like Tellado, many of these novels are only 100 pages long, and he often wrote several a week.

In a fascinating article in the Wall Street Journal, this former doctor who quit medicine to write full time gives some valuable tips on keeping up productivity. If a scene is bubbling in your brain, write that first regardless of its place in the story. Also, write several projects at a time so that if you feel uninspired with one, you can hop to another. I’ve used both of techniques for years and they’ve worked well for me.

I’ve never tried to write a 198 page novel over the course of a single all-nighter, however. I’ll leave Inoue the sole claimant to that honor.

If Tellado is the Mother Goddess and Inoue the Zeus among writers, there is a large pantheon of writing gods and goddesses who have chalked up several hundred novels each. Most of them focused on romance or Westerns, two genres that readers buy in bulk and that generally have short word counts. Western writers such as Paul Wheelahan and Keith Hetherington have each written hundreds of novels. 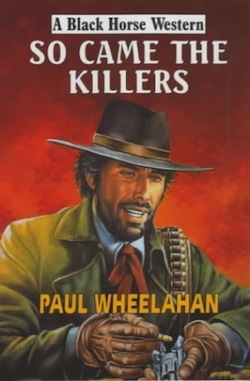 Westerns have been in the doldrums for some time now, but are making a comeback thanks to the ebook revolution. There are several good Western writers still working, such as James Reasoner, who has published 335 novels, which probably only earns him demigod status. Ben Bridges is more of a hero, lagging behind with only about 100 books, but he’s straddled the genres by writing both Westerns and romance.

Then there are the people who write everything, like Australian Sally Odgers, who has 366 titles in her bibliography if I counted right, including children’s and YA books in every imaginable genre, plus historical novels, romances, mystery, thriller, humor, nonfiction, and (go figure) how-to-write books.

Now the naysayers may object that these writers are churning out routine fare, nothing special. To that I ask, if their stuff is so mediocre, why have editors bought them by the metric ton? These writing gods and goddesses are obviously entertaining sizeable audiences over the course of decades, and that’s a mark quality in my book.

And then there’s Lionel Fanthorpe. I first came across this epically bad science fiction writer at an Eastercon a few years back, when I picked up a copy of UFO 517, attracted by the old-school cover and bizarre tagline. The dealer pointed to a number on the spine and said, “See that? That makes it collectible.”

That ridiculous sales pitch and the fact that I’d heard Bron Fane was the pen name for sf’s most prolific author made me buy it. I’m so glad I did. Neil Gaiman once warned, “Do not read too much Lionel Fanthorpe at one go, your brains will turn to guacamole and drip out of your ears.”

He’s right. Despite Fanthorpe having written more than 180 science fiction novels by speaking into a tape recorder while hiding under a blanket to avoid any distractions, I get the feeling that he isn’t at heart a prolific author. His stuff just doesn’t make any sense. When you have to go on for a page about your character brushing her teeth, you know you’ve lost the plot, or more accurately in Fanthorpe’s case, you never had a plot in the first place. Read his fan page, I guarantee you won’t be sorry.

So where do I stand compared to these immortals? Down in the tar pits, I’m afraid. I started my writing career in 1999 at a student newspaper. In the following few years I worked for two other newspapers, had a brief stint at the New Delhi bureau of Reuters, and freelanced for magazines. That got several hundred articles under my belt. I then landed a regular job at Gadling, a great travel blog that paid decently and sent me around the world. I managed more than 1000 posts between 250-1500 words before the site folded. As for standalone books totaling 40,000 words or more, including nonfiction and titles ghostwritten for other people, I recently topped 30. If you include all standalone titles, I’m well over 70. That’s because I do a lot of 12,000 word history booklets for a client on a work-for-hire basis. My name is inside most of them but not on the cover or Amazon listings because they would bury my novels!

Impressed? Don’t be. Considering that I started 17 years ago and for more than half of that period writing has been my day job, I’m actually pretty lazy. This article was written as a way to motivate myself.

Bye for now, I have a history booklet due Friday, and one of my own Westerns and a ghostwritten thriller due at the end of July.

I’m also toying with the idea of writing one of those 100 page books in a week just to see what it’s like. . .

…up for a challenge, Page?

In “The Pulp Jungle,” Frank Gruber describes his meetings with Frederick Faust, better known as Max Brand, and says that Faust wrote 14 pages each day without fail. No more, no less. That, apparently, adds up to 1.5 million words each year. He kept up that pace for thirty years, which makes a total of 45 million words. He also drank two quarts of whisky each day, in addition to other alcoholic drinks. You can do the math on that if you want.

In Portuguese, we use the word romance for both the genre and for a book the size of a novel of any genre, so it might actually mean something different, depending on the context 😉

My main argument is that it’s average word count that matters. Barfing 100K words in a week is no good if it then takes you a year to disentangle the mess.

The prolific writers deserve a deeper analysis, I think. However, my current thoughts are:

Some people are just gods.

Beyond that, the really prolific writers tend to fall under one of the following brackets:

3. No partner or children/low maintenance partner who provides lots of space and looks after the children.

So, for example, I would take you up on your writing challenge, but

1. I am researching a historical setting for a YA series right now.

2. Each volume will be 75K long and the first three books will come to 225K words, so there’s a lot of planning to do.

3. The kids are about to finish school for the summer, and my wife is having a busy time at work.

Aw shucks, I was hoping for a public write-a-thon right here on BG! Two writers. Two books. One week. Two cases of Carpel Tunnel Syndrome. But yeah, I got plenty of stuff on my plate too.
A swordfight? No thanks. I trained in epee, it wouldn’t survive the first parry against a longsword.
The impressive thing about these writers is that were able to right decent prose in such a short time, as evidenced by their editors continually buying their stuff. Lionel Fanthorpe is the exception. He doesn’t seem to have had an editor.
I think your points 1 and 2 are spot on. Number 3 isn’t as big of an issue as most people think, at least once the kids are at school or nursery. When we had our son my wordcount didn’t suffer except for those first two years. Once he was away for part of the day, my wordcount actually went up because I got so focused. I knew I had to get my job done before he came home, because once he did I’d have to put my writing aside in favor of a wonderful little boy who demands and deserves my attention. And yeah, the wordcount goes down a bit in summer, both due to watching the kid at the skate park (a large portion of being a parent is being a cheerleader) and generally enjoying the summer.