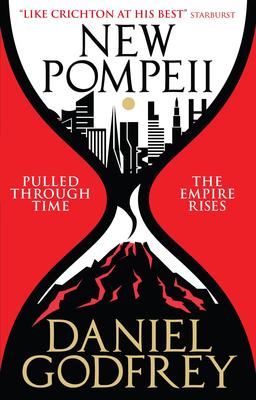 Calling New Pompeii a delightful mix of genres is something of an understatement. Alan Smale (Clash of Eagles) says it’s “That rare science fiction novel that reads like a thriller… an astonishing debut.” Gareth L. Powell (The Recollection, Hive Monkey) concurs, calling the novel “A smart, intriguing thriller in the tradition of Michael Crichton and Philip K. Dick.” And Barnes & Noble calls it, “Deliciously Readable.” And yeah, it’s their job to sell books, but you gotta admit they don’t say that about everybody.

Whatever the case, New Pompeii has one of the most original and intriguing premises I’ve heard this year. Not bad at all for a debut novel. Here’s the description.

In the near future, energy giant Novus Particles develops the technology to transport objects and people from the deep past to the present. Their biggest secret: New Pompeii. A replica of the city hidden deep in central Asia, filled with Romans pulled through time a split second before the volcano erupted.

Historian Nick Houghton doesn’t know why he’s been chosen to be the company’s historical advisor. He’s just excited to be there. Until he starts to wonder what happened to his predecessor. Until he realizes that NovusPart have more secrets than even the conspiracy theorists suspect.

Until he realizes that NovusPart have underestimated their captives…