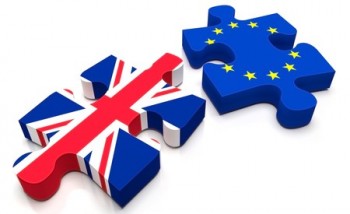 “Brilliant!” I thought — this was three and a half years ago, you understand. These days I’m more likely to use the word “awesome.” But I digress…

I had received an invite to a Science Fiction convention in Luxembourg. I was expecting a relaxing weekend, sitting in an empty room. You see, everybody knows Luxembourg is tiny, and since they never had a convention before this, the organisers were doomed to struggle for numbers. They might get twenty people, I thought. Thirty tops…

I’ve never been so wrong in my life. The place was swarming with people. In fact, it was the largest Con I had ever attended outside North America. But where the hell did they all come from?

My mistake was to think of Luxembourg as a country. Well, it is, but that’s not what’s important here. What’s important, is that it no longer possesses any borders. People arrived from Paris and Brussels by trains that never even slowed down when they passed from one state to another. They drove by car from Germany and only realised they had crossed over from their own country when they started spotting road signs in French.

Then, they reached the Con — thousands of them, overwhelmingly young, buying wonderful Belgian frites with the same currency they already had in their pockets.

I sat in the sunshine speaking to people, sometimes in French, but mostly in an English that many of them had honed by spending time studying or working in the UK. I admired their incredibly creative costumes, and more than one person sported a t-shirt with a Union Jack on it, because in the heart of our continent, among the youth, Britain was seen as cool; as forward looking; as open. 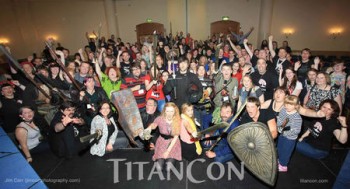 This was Europe as it was always meant to be. Friendly, vibrant, thriving. Made possible, not in spite of, but because of decades of regulations and the harmonisation of national laws. It’s what the young see when they travel. It’s their country now, the one they would “want back” if ever they were to lose it.

I get to experience a little of that here in Ireland too.

I remember the bad old days, growing up in Donegal, and having to pass over the border. I remember soldiers scarcely older than myself, armed with big guns, passing down the aisle of the bus while everybody stared at the back of the seat in front of them.

Yet now, when I attend my favorite convention — TitanCon in Belfast — I just hop into my car, and keep driving until I reach the hotel. Nobody says “boo” to me. I don’t have to wait in a line of traffic while every fourth car is searched for contraband or terrorists. It’s all so… frictionless. Sure, the road signs are in miles, rather than kilometers, but that’s actually charming. The only thing I miss, really, is the Euro.

I’m heart-broken over the UK’s vote to leave us. I’m terrified that the lovely European dream I experienced in Luxembourg might soon be at an end and I’m working hard to stave off bitterness and resentment. I want the future to be “brilliant” again, the way I thought it was, or at least, the way it might have been.

Peadar O’Guilin’s last article for us was The Iron Dragon’s Daughter: A Wholly Biased Review;. His new novel The Call will be released by David Fickling Books on August 30, 2016.

I suspect that leaving the Union was a mistake, but if it was, it was a democratic one. This I also know – one thing that truly infuriates people is to have their genuine troubles and concerns (whatever the best solutions to them might be) dismissed as inexplicable hallucinations or contemptible stupidities by those whose elevated social or economic position shields them from those very troubles. (Not that that’s what you’re doing, Peadar, but many of Europe’s elites have been unrepentantly guilty of it – and that bird has now come home to roost.)

We shouldn’t need Political Union to come together. Making a Cage larger is still a cage.

The original Liberals wanted to dismantle Government, not add more layers to it.

I am a True Communist and that is why I support Brexit and I hope Frexit is next.

Thanks for commenting, folks! I’m not going to get into the weeds of why chickens have come home to roost, or who the true owners of those chickens are.

My intention in writing this was simply to show a point of view that I never once saw in 20 years of exposure to British media.

If you think of Europe as some giant, remote, bureaucratic edifice, you’re never going to understand why so many of the young feel betrayed by this decision.

How people think of the EU is separate from how they think of Europe.

People on the Continent are fed up with it too.

I think it’s a real pity, Peadar. Especially as it seems to have been a decision based more on assumptions than any hard intel (and pretty unpleasant assumptions too). That said, the UK has always made its scepticism about the great EU project pretty clear (I’m sure you’ve seen this clip from ‘Yes Minister’: https://www.youtube.com/watch?v=37iHSwA1SwE) so maybe this is just something they need to do.

In regards to the North: there’s talk about re-introducing border controls but my English girlfriend reckons the UK is more likely to treat anybody coming in from Northern Ireland – e.g. on a ferry – the same way they would anybody from the continent: ie, by demanding to see their passports. It’s easier to police one island than one-and-a-half islands.

I think of the European Union as as a remote bureaucratic edifice, ruled by a cabal of archpriests of the free market, high finance and globalisation. I see this people as having no respect for the common man and common worker, and I have seen the way they have humiliated Greece, and reduced that country to a state of deprivation that has brought no solution. Unfortunately I do not see any way to fight them from inside, so I think that breaking free from the European Union is the only way. Being funded on principle that are wrong at the core, the European Union will collapse nonetheless, I think, or turn to some more explicit form or tyranny. Sorry if I sound too dramatic…for the record I am a 34-year Italian PostDoc working at the University of Oxford, so from an economical point of view I have a lot to lose an little to gain from this vote…but I support it nonetheless. Regarding the young people, according to some surveys (I would have to check the source) only 36% of them voted, so they were largely unconcerned. But the core point it NOT immigration and Corbyn true feeling I think document clearly that there is a left-wing argument for getting out of the EU

Even more comments! Thanks! Quite a lot of hostility towards the EU.

This is why I wrote my article. Not because there aren’t negative aspects to the European Union, which of course, there are, but because those are the ONLY aspects I ever see in the media.

I think the analogy between fandom and cold war science is a good one… but I would counter that in cold war science, yes they all got together to celebrate science, but I think it was crazy hard for those behind the iron curtain to get to those conferences, and they would be deemed “suspect” for attending that conference upon return.
And I think (at least this is one thing I got) that the author fears is that all of a sudden it becomes harder to cross borders for a con, a sizable chunk of fandom will say “why bother? Not worth the time/expense/hassle.”
Mick.