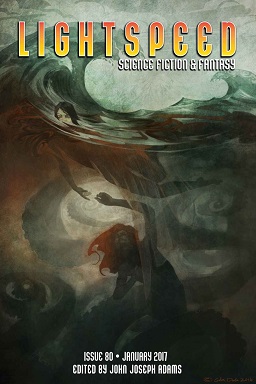 Black Gate author Jeremiah Tolbert (“Groob’s Stupid Grubs”) has had a nice run of stories in Lightspeed recently, including “Taste the Singularity at the Food Truck Circus” (August 2016) and the Dungeonspace tale “The Cavern of the Screaming Eye” (October 2016). Charles Payseur at Quick Sip Reviews speaks very highly of his new story in the January issue, “The West Topeka Triangle.”

The story unfolds at a time that many would point to as the golden days of modern America. Reagan’s America. And for Jason, growing up at that time means mostly absent parents and a neighborhood and world that seems poised to swallow him up. He’s not exactly popular, and as part of his social isolation he is obsessed with a theory that his town has a triangle like the Bermuda Triangle that explains a string of disappearances. And I like how the story builds this world… It’s also a world that’s full of danger, not just because people are disappearing though that comes to dominate the story, the mystery of what’s happening. For Jason it’s a diversion, a way to escape a stifling home life that seems to defy any attempt to change it… It’s a weird but also haunting story that lingers for me, that remains like a weight on my chest.

This month’s Lightspeed offers original fantasy by Kat Howard and Jeremiah Tolbert, and fantasy reprints by Jeffrey Ford and Kima Jones. It also has original science fiction by Adam-Troy Castro and Molly Tanzer, along with SF reprints by James S.A. Corey and Mary Rosenblum. The non-fiction includes an editorial from John Joseph Adams, author spotlights, movie reviews by Carrie Vaughn, Book Reviews by Andrew Liptak, and an interview with Kij Johnson.

The exclusive content in the ebook version this month includes Judith Berman’s Nebula-nominated novella “Awakening,” which originally appeared in Black Gate 10. Along with the story by Jeremy Tolbert, and the reprint from BG author Jeffrey Ford (who wrote the brilliant “Exo-Skeleton Town“), it’s making me positively nostalgic.

The cover this month is by Galen Dara. Here’s the complete contents for the January issue.

“Rates Of Change” by James S.A. Corey (from Meeting Infinity, 2015)
“The Whole Crew Hates Me” by Adam-Troy Castro
“Tracker” by Mary Rosenblum (from Asimov’s SF, 2004)
“Nine-Tenths of the Law” by Molly Tanzer

“Seven Salt Tears” by Kat Howard
“Daddy Long Legs of the Evening” by Jeffrey Ford (from Naked City: Tales of Urban Fantasy, 2011)
“The West Topeka Triangle” by Jeremiah Tolbert
“Nine” by Kima Jones (from Long Hidden: Speculative Fiction from the Margins of History, 2014) 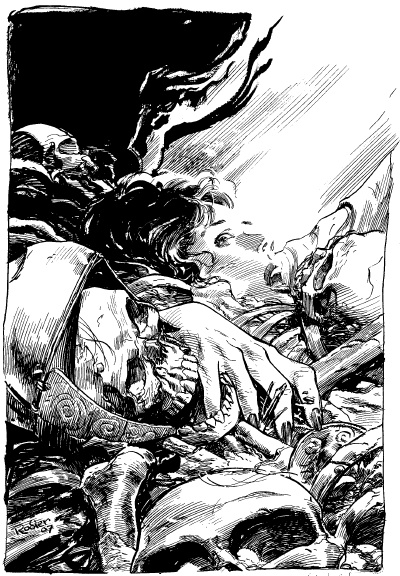