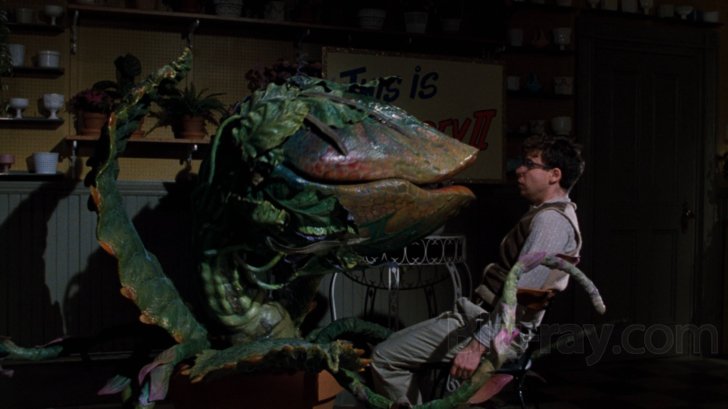 My last belated movie review “Towards a Unified Theory of Hudson Hawk” ruffled feathers and inspired what the political class calls ‘spirited debate.’ However! I made the following statement in that review :

Is there any movie genre so thoroughly degraded as the musical? Where once they roamed the Theater Landscape in thunderous, glittering fabulous herds, their numbers are now constrained to a few preserves in boutique dinner theaters, and I suppose, the breeding program that is Glee. Oh sure, a few attempts to re-introduce them to the wild have happened, ending tragically vis-à-vis Moulin Rouge.

It has come to my attention that I made a woeful error (some might even say a merciful deletion) of omission! My sin is compounded by the fact that there was a great and grand musical, that it had a plethora of 80s stars, and it was a sci-fi, and a re-make to boot! I refer, of course, to 1986’s Little Shop of Horrors, itself a remake of the 1960 Roger Corman film of the same name.

I’m not sure how I could have forgotten this. Rick Moranis, Bill Murray, Steve Martin, and with Martin Robinson spearheading ever increasingly complex puppetry/animatronics that would make Jim Henson blush!

A quick summary is in order: Little Shop of Horrors is about a hapless florist shop worker named Seymour who raises an alien plant that feeds on human blood and flesh. Yeah, that’s pretty much it. The plant grows bigger and stronger until it finally (spoiler alert) turns on Seymour. 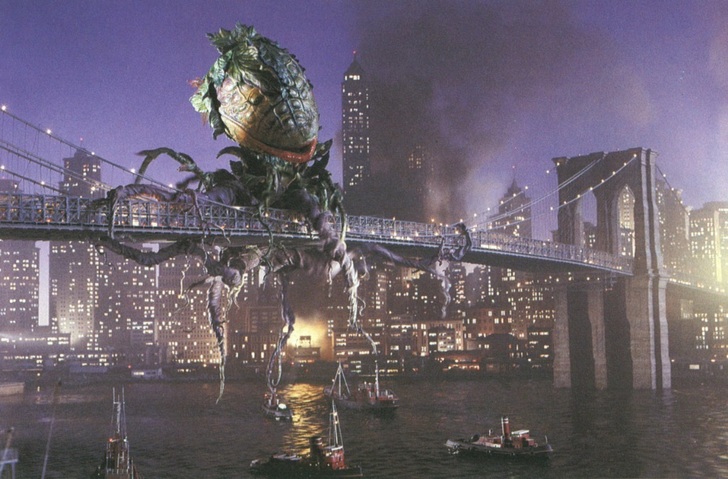 But here’s where things get weird(er). Seymour (double spoiler alert) manages to beat the treacherous plant with good ‘ole electricity.

…are you sitting down?

I know that seems like a strange thing to ask, but here’s the deal. I gotta lay a TRIPLE SPOILER ALERT on you. That isn’t the actual end of the movie. At least not the original end. The original end has Audrey II easily punking Seymour and then it, and its interstellar brethren and progeny conquer (and presumably destroy) the world in a pair of vast ranging musical numbers. Turns out those scenes did not test well with the focus groups, and so they re-did the ending to have Seymour win. 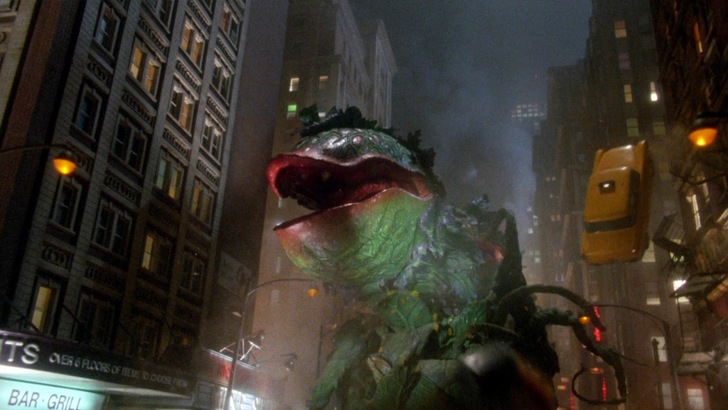 However, we live in an age of wonders, and like some mouldy worm-riddled tome in the back of an old bookstore, there exists forbidden and esoteric lore within easy grasp of just about anyone thanks to the internet.

I found the video clip of the original (and, it appears, incredibly expensive) ending, and here’s the thing, it is probably the most, well, Lovecraftian movie ending I have ever seen. And I’ve seen straight-up Lovecraft movies. These plants are huge; they destroy humanity and have a great time doing it. Bellowing laughter as they sweep aside our pathetic attempts to resist them or save ourselves. The Great Old Ones awoken and running wild in the world, the earth flames with a holocaust of ecstasy and freedom — that kind of thing. 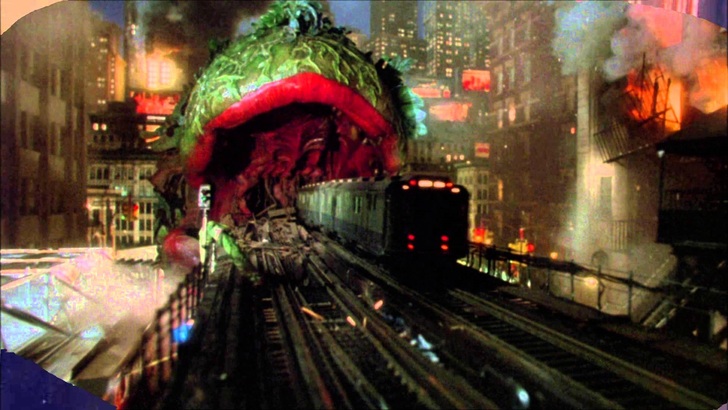 Unlike Hudson Hawk, you don’t have to take my word for it, you can watch the entire thing below:

The first five minutes of so are when the hero finally gets the Big Cosmic Horror Crap Hammer dropped on him, as per many Lovecraf stories (although in this case — fourth spoiler alert — he is devoured instead of driven mad). At 5:28 we get into the destruction of New York City.

It is worth noting that our carnivorous alien overlords use the Brooklyn bridge as a trampoline (7:56), destroy a power plant with backpressure (8:38), and in a move that would make a shoggoth sit up and take notice, totally do a number on the subway (10:25).

Check out our previous Belated Movie Reviews below:

Adrian Simmons is an editor for Heroic Fantasy Quarterly. His last Belated Movie Review for us was Towards a Unified Theory of Hudson Hawk.

Sweeney Todd was a full blown musical. Labyrinth also comes to mind even though David Bowie is the only person doing any singing.