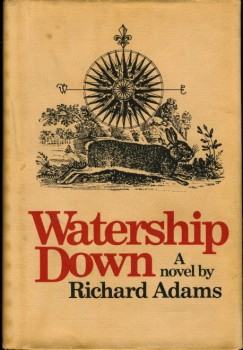 “I announce,” read the Times of London’s review in 1972, “with trembling pleasure, the appearance of a great story.”

This is not the typical language of a contemporary book review, but then the book in question, Watership Down, was not a typical book. It was and is a fantasy with wide crossover appeal, a mythic adventure with rabbits as the principal characters. That’s right, rabbits: those long-eared good-for-nothings whom we humans largely dismiss as being dumber than a box of rabbit-sized rocks.

Having read and adored the book in my early teens, I determined it was time to share it with my twelve-year-old son, who still craves his daily dose of bedtime story. And why not? I’d get to read a tale I had not revisited for more than thirty-five years, and I’d get to gauge my son’s reactions every step of the way.

To say he was impressed would be an understatement. As we approached the closing chapters, he wanted extra, before-bed reading time, but in the same breath kept exclaiming how he didn’t want to finish. “Are there more books about Hazel and Bigwig?” he asked. “Are there?”

Spoilers follow. If by some terrible chance you, gentle reader, have not read Watership Down for yourself, then please, close this page. Go do something else. Purchase a copy of Watership Down, for example. You can always return here once you’ve read to “The End.” 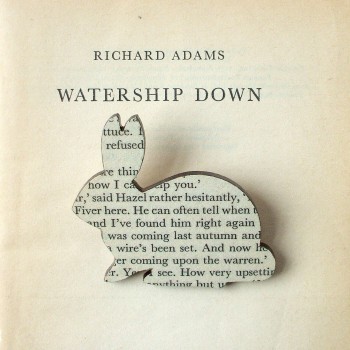 The author in question is Richard Adams, who later wrote The Plague Dogs and Shardik. The former is an exercise in fragmented narrative (the dogs are escaped lab animals, and their damaged minds cut the reader’s experience into ribbons); the latter is magisterial, plodding, an attempt to show how humanity establishes what is and what is not miraculous. (For my Black Gate review of Shardik, click HERE.)

Watership Down was Adams’s first novel, and it has, from the get-go, a child-like sensibility, a certain uncluttered but thorough clarity. This makes perfect sense given that these stories, like Dodgson’s Wonderland cycle, began as tales told aloud to children (in this case, his own). Even when the saga turns dark (death is never far from our heroes’ lives, and nor is deprivation), the prose remains straightforward, and Adams’s perspective comes across as clear-eyed and unsentimental. He delves into the various rabbits’ thoughts as need be, but never at the expense of his own stance as the reporter of record, the man on the scene. Adams isn’t part of the story, not at all, and yet you can imagine him there, off to the side like a naturalist, half-invisible and taking notes. His only goal? To get it all down, so that we can enjoy the events of the story in their purest, most unsullied form.

In the opening chapters, the story is one of escape (from an endangered warren), but the escape necessitates a quest, that being for a new home. The story-form shifts accordingly, and for the next third of the book, we chart the (pilgrim’s) progress of our weary, distractible heroes. Types emerge, as they always do in stories of groups, and so we get the leader, the warrior, the joker, the storyteller, the speedster, the Cassandra, the brilliant thinker, and the dissenter. A few of the rabbits never develop into full-fledged characters, but this is a wise move on Adams’s part. If he’d let the periphery challenge the center, the center might not hold. 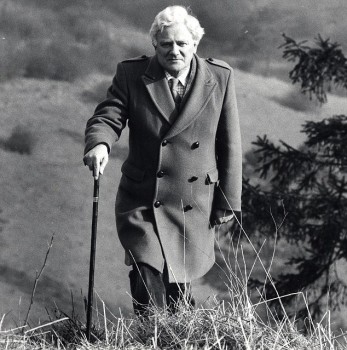 By the midpoint, the new warren has been founded, and only then does Adams reveal the disaster he’s been building to all along: all the rabbits who’d set out on this cross-country Odyssey are male. No warren can survive without does, without litters of new rabbit kittens. How, then, to find female rabbits?

The remainder of the book drops the first quest in favor of this requisite second, and it’s here that the slow accretion of character from the first half of the book really pays off. It turns out that reaching Watership Down was the easy part for Hazel and Company. The real test, the test of finding, approaching, and then doing battle with the militarized warren called Efrafa is where everything comes to a head.

Efrafa is a study in despotism, dominated and maintained by the grim General Woundwort, a rabbit of fearsome proportions who serves as a perfect metaphor for our contemporary world. Woundwort’s every move is predicated on security; every freedom he takes from his Efrafan populace is justified by the need for the warren’s collective safety. True, rabbits face danger from all sides, but Woundwort’s logic insists that only his strict rules and organization can protect the masses.

Adams contrasts the lax, laissez faire approach of the Watership Down warren with Efrafa at every turn. You may recall the Benjamin Franklin quote made the rounds of the internet a few years back: “Those who would give up essential Liberty, to purchase a little temporary Safety, deserve neither Liberty nor Safety.” While the quote is perhaps taken somewhat out of context, the comparison it seeks to make remains salient, and Watership Down takes great narrative pleasure in exploring these same conflicting impulses.

If by all this I’ve made Watership Down seem like a dull philosophical slog, think again. The storytelling is 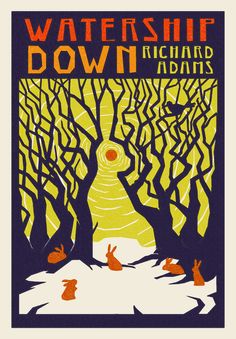 pacey, the escapes and battle sequences top drawer. Adams is a natural with delaying payoffs, and suspense of all kinds. My son was convinced that certain rabbits were going to die (in part because of the formulaic series books he keeps reading, Rick Riordan and the like, or Erin Hunter’s Warriors sequence, which frankly owe a marked debt to Watership, and a fair share of apologies, too). I credit Adams with repeatedly proving my son wrong.

Have I mentioned the extraordinary rabbit mythology that Adams deploys at strategic moments throughout? No? You mean I’ve gotten this far and haven’t yet cited the rabbit prince El-ahrairah and his trusty sidekick, Rabscuttle? My mistake. Think of the Native American stories involving Coyote the Trickster, and you’ll have the general lay of the land, but don’t expect stale retreads. Each of Adams’s legends feels fresh, never recycled, and every last one relates directly to the trials faced by Hazel and his friends.

In short, 1972 did indeed mark the appearance of a great story. Nor has it lost its power, not one whit, and when I tried to read the final chapter, where readers must say good-bye to Hazel, I had to stop several times for tears.

Surprised by my hesitations, my son asked, “Why have you stopped?”

When I said, “I’m crying,” he wriggled in panic under the bedclothes and begged me, “Don’t cry. If you cry, I’ll start crying, too.”

Such are the hazards of truly brilliant stories.

I teared up a little just reading the description of YOU doing it. A marvelous book deserves a marvelous end, and Watership Down gives us one.

It’s a big favorite around here, and Shannon cites it as her absolute favorite.

Watership Down is one of the precious few modern works with the simplicity, profundity, and power of myth. It is beautiful.

There is much to love, but I always go back to Bigwig’s heroic stand against General Woundwort, a battle of rabbits in which he somehow looms like Beowulf, like Achilles, like Conan.

I never found much in the author’s other works, but Watership Down makes that immaterial. I owe this author nothing but gratitude.

I agree with Howard and John. Watership Down is my all-time favorite fantasy novel. It is virtually unparalleled.

I’m so glad you gentlemen are in agreement!

Mr Hocking: yes! Bigwig’s last stand is a moment of martial perfection. “My chief rabbit told me to guard this burrow and that’s what I’m going to do.”

Mark, was this purposefully written as a memorial to Adams, who just died? Or was that a coincidence?

At any rate, excellent article. And a reminder of one of the truest “guilty non-reads” in my life. Honest, I’ll get around to it sometime.

I’m in agreement; it’s a really fine novel. Interestingly, no matter the skill with which it’s described in a review, it never sounds as good as it is in the reading of it. The story and characters capture the reader and carry that reader along to the end. Wonderful.

I really disliked Plague Dogs, and didn’t care much for Shardick either. But Watership Down? Superb.

Rich: I had no idea. I wrote the piece two weeks back.

Great tear-provoking read, Mark At 96, Adams’ passing isn’t a surprise, but coupled with your piece, I think I might pick up WD for the first time in nearly thirty years.