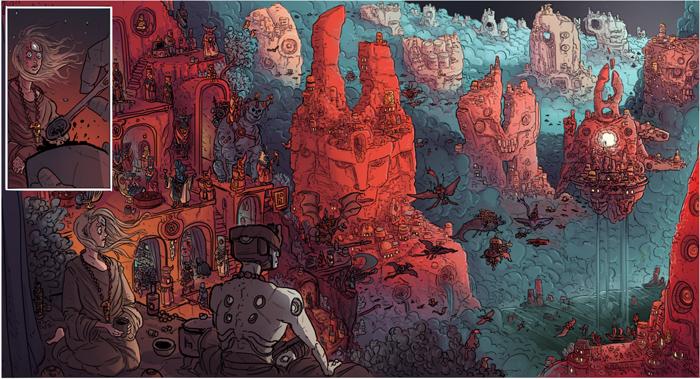 For almost a decade now, my cliché detector has been set a little too high. This affects what I like to read (if I’ve seen it before, I’ll often take a pass) and what I write (the weirder the environments and situations, the more fun I have).

I keep an eye on lot of comics and in the last years Karnak, Monstress and Nameless have caught my eye, among others. But during the summer, I got to read Kill Six Billion Demons, by Abaddon. 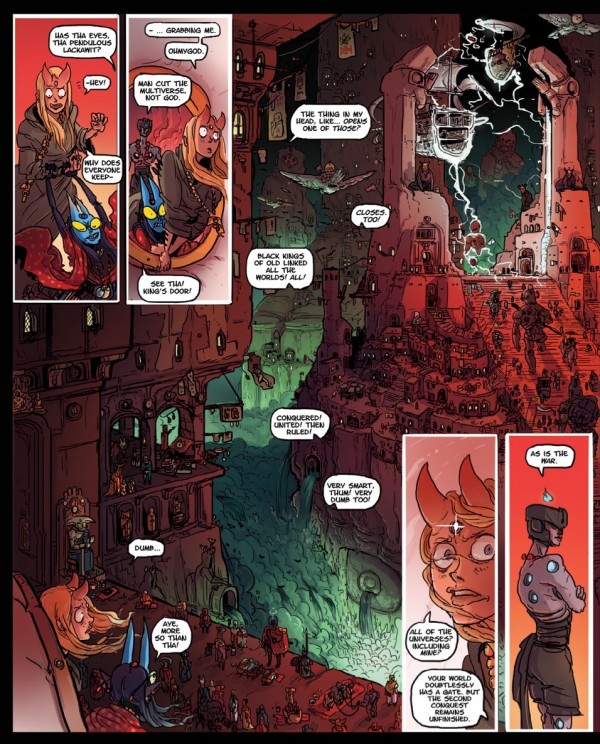 Now this is a webcomic running since 2013 (have a gander here if you like), and the first volume has been collected into a 108-page paper edition by Image Comics.

I gotta say, this one *really* blew the barn doors off in terms of originality, scope of vision, and explosive visuals. 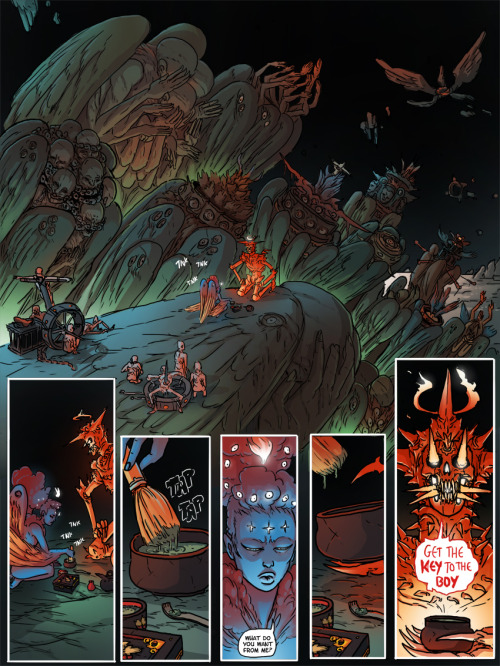 So what is it?

Well, it’s legitimately so many things that I honestly wouldn’t want to try finding what genre shelf to put it on in the book store.

It’s cosmic fantasy, inspired by Hinduism and kinds of philosophies I don’t often get exposed to (Greek gnosticism anyone?) It is vaguely sci-fi, and deeply mythological at the same time.

It stars a college student called Allison, who is trying (really awkwardly) to have sex with her boyfriend.

In mid-effort, her boyfriend is swiped by some inter-dimensional horsemen and Allison gets a key (an eye in the middle of her forehead). 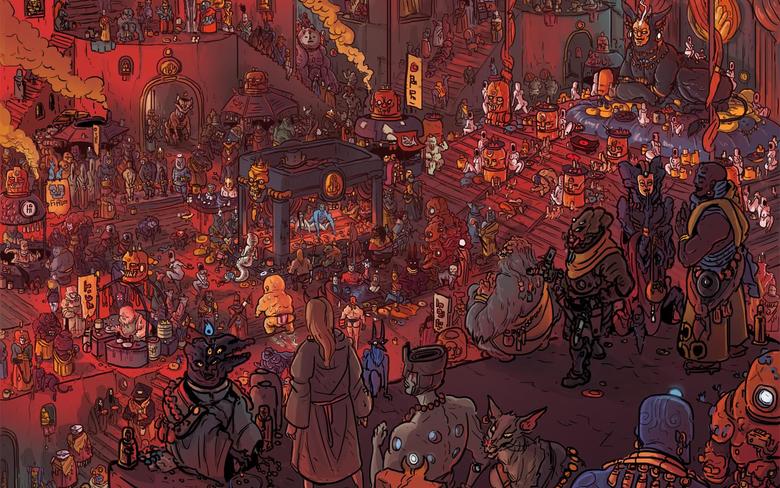 She is swept into a weird multiverse of several hundred thousand individual universes that are in an uneasy, restive peace.

It turns out the key she’s got in her head would let anybody attack her dimension, and lots of people do. She is guided through the looking-glass world by a weird, kick-ass religious warrior with holes through his or her body.

This first chapter is the reader’s experience of the multiverse through Allison’s eyes. It’s disorienting, unsettling, inspiring, fascinating, beautiful, and cuts across a vast scope of time and space. 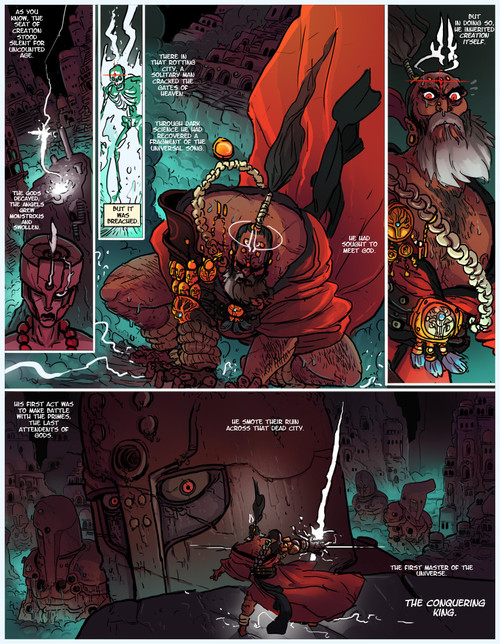 I was blown away by how organic so much of the weirdness is — spectral and decaying gods litter the landscape, and people ride parasitized giants, that occasionally die of existential ennui.

Cities lay on vast disks over the void, and gods all appear in so many different shapes that it makes Perdido Street Station look tame by comparison. The art is stunning.

If you like some of the images I’ve posted, I highly encourage you to take a gander at the webcomic. But the collected Image edition is the first in the series, and if you buy it they’ll be more likely to make more of the paper editions. 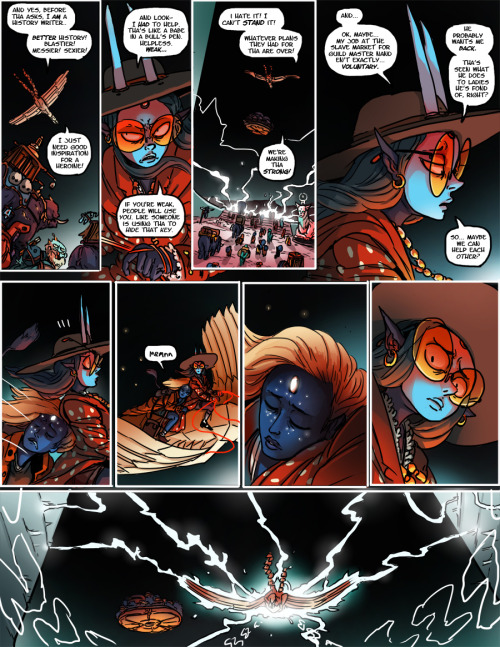 Derek Künsken writes science fiction and fantasy in Gatineau, Québec, and tweets from @DerekKunsken. His story Way of the Needle, an all-alien-kung-fu story is an example of the weird he sometimes like to try (and it won the Asimov Award!). You can listen to it for free at Escapepod.

I discovered this comic a few months back, and went to a big reading binge catching up. It’s great stuff!

It’s what Planescape should have been!