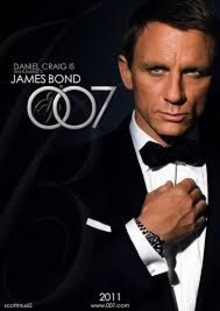 Lately I’ve been looking at adaptations, both novel-to-movie, and novel or movie to TV series. I been talking about them in terms of what I thought was successfully done, and occasionally pointed at my favourites. In their comments people observed that while they agreed, for the most part, with my suggestions, they had suggestions of their own. All of us had to admit, however, that we were sometimes unfamiliar with either the source work, or the adaptation, or even both.

Have a look for yourself, here, and here.

One of the things I didn’t look at was movies or TV series adapted from story cycles, or from book series. The most successful of the latter has to be the Bond franchise, from the novels by Ian Fleming. How many movies have been made? 26? 27? Edgar Rice Burroughs’ character Tarzan has appeared in both movies and TV series. It seems there’s a new Tarzan film every 20 years or so, but none have been as successful as the Johnny Weismuller/Margaret O’Sullivan films of the 1930’s and 40’s. Do we need to mention Perry Mason? 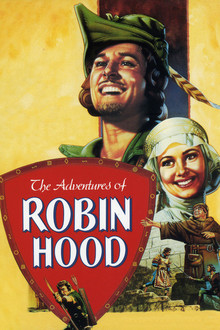 Then there’s Robin Hood, another character who appears regularly in movies and TV. The best in my opinion is still The Adventures of Robin Hood, starring Errol Flynn in the title role, and featuring Basil Rathbone, Claude Rains and Olivia de Havilland. As a child I loved the TV series featuring Richard Greene. I can even tolerate Robin Hood Prince of Thieves, despite the silly title and the wobbly accents, but I admit it’s mostly because of Morgan Freeman (“I have fulfilled my vow”) and Alan Rickman (“With a spoon!”). If I can paraphrase Tanya Huff’s comment on the film version of The Hobbit, “If you don’t think of it as Robin Hood, you’ll enjoy it.”

I thought Master and Commander was a good adaptation of the complex series of novels by Patrick O’Brian, and I would have liked to see more. There’s the films based on the OZ Books by L. Frank Baum (why has there never been a TV series? Or was there an animated one?). Hercules has also been a popular character on both the big and small screen.

Then there’s the mini-series. Many people have thought that this format is the most successful way to adapt novels to the screen. The adaptation of Stephen King’s The Stand comes to mind, as does IT, and there’s also Roots (Alex Hailey), which started off the whole mini-series phenomenon along with Shogun (James Clavell). 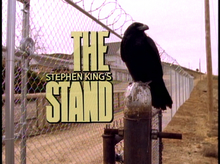 But what about adaptations that weren’t successful? Flash, adapted by George MacDonald Fraser from his own novels, gets a down-check in the comments to my novel-to-film adaptations. While I thought the mini-series of The Stand was successful, I don’t think the same can be said of The Shining. I think most people agree that the Kubrick film was superior.

I mentioned The Hobbit movie above, (“If you don’t think of it as The Hobbit . . . ) and here I have to recuse myself, because I never got around to seeing the film(s), in part because of the negative reaction I saw everywhere.  Same thing with Dune (1984). By the time I got around to seeing it, it had already disappeared from theatres. I understand there was a mini-series (2000), but I’ve heard nothing about it one way or another. 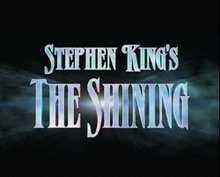 I did think the LOTR films were successfully adapted, though of course not everyone agrees. One of the worst adaptations I’ve ever seen is the movie Troy, based on Homer’s Illiad. At least, I think it was. With all that wooden acting and dull dialogue it’s hard to be sure.

And speaking of wooden acting: Conan the Barbarian anyone?

I think the biggest issue would be the transition from “Pulps” to “Literature”. Until tv became dominant and literacy dropped -not just the ability to read but the appreciation of using the talent- stories printed were very popular and often done in serial format. There were hundereds of Doc Savage stories, published monthly I think, novel length…

But for a time they moved to attempting ‘literature’, I remember hearing that some authors literally sued others over saying their style read “Pulpy”. And of course the push for “Diversity” which spearheaded modern PC and then wrecked the paperback industry even before cable expanding could…

HBO has been pretty successful with “Game of Thrones” but that was just to steal the wind of Tolkien and Potter.

For a good series we’d need a regular serial story published in a popular venue for an ongoing time. There are plenty of media outlets that could do this for little more than space on a website and having a few good art pieces done to illustrate the stories…

BUT – and I think the barrier here – is that they’d be beholden to a writer then. Not that there aren’t tons of very good writers who’d plan ahead of time so no dastardly suprises … But rather they want to own and control 100%, not even 99.5% or less and to get it for a pittance and guaruntee profit. Terrified of a flop, so will vote on established properties not risk on new ones. That’s why there’s so much “Re-make” being done these days – scarily predicted in Jack Womack’s “Random acts of senseless violence”.

To me The Maltese Falcon (Bogart version) is one the finest book to movie adaptations. One of the very worst–Dean Martin’s four Matt Helm movies that thankfully didn’t kill the book series by Donald Hamilton. Also Gregory Peck as Horatio Hornblower did very well making one movie out of three novels though Ship of the Line was VERY shortened for its part of the movie. Just saying.

As a Flasman/MacDonald Fraser fan, I have to agree with the fact that Royal Flash is actually pretty bad. Which is weird, considering the same team did the two Musketeers movies from Dumas, and those are still the best adaptation available for the source material.

But sometimes being unfaithful to the original is the way to go – Jonathan Gash’s Lovejoy novels are pretty fun, but the TV series, that basically ditched and/or rewrote the main characters, is if possible even better, adding a level of humanity that the books sometimes lack.
Fact is, some things that work in books don’t work on film – and vice-versa, of course.

Oh, and the Dune mini-series is pretty good – but after all I sort-of liked the movie, too.

@ Allard: I love that version of The Maltese Falcon, and I think the changes from the novel are absolutely in keeping with the criteria that Wm. Goldman talks about (see my previous posts for what these are).
I’d also have to say that the adaptions of The Thin Man are pretty wonderful, though the changes are rather more apparent.

@Davide Mana: Have a look at my previous posts for Wm. Goldman’s advice on when and how to stick to the source when adapting for the screen.
I haven’t seen Royal Flash, but as you’ll see, one of the comments in the previous posts agrees with you. I thought the Lovejoy series was wonderful, but I never managed to get my hands on one of the books.

To Violette: I read primarily for entertainment. I watched a few Lovejoys when A&E was running them and tried one novel and came away unexcited. The book tends to overload one with a load of information about antiques and the ending was almost like reading an early Simon Templar novel which -to me- was far away from the light humor of the TV series. My advice-try one to see the differences but if the TV show is the attraction these will let you down. In fairness I only read the one and can’t even recall the title which for me is a bad sign. I saw Royal Flash at the theater and liked it as a send-up to Prisoner of Zenda but there is little that stays with you afterwards and have never seen it since it’s original premeire. I read the book following it and then the first novel but that left a bad taste in the mouth (SPOILER Alert–I have issues with rape scenes and was never comfortable with Flashman after that so stopped. I have enough trouble when it happens in Conan the Barbarian stories. (A Witch Shall be Born)