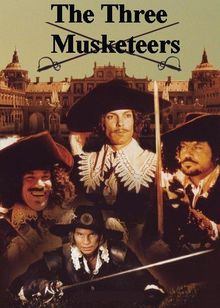 Last time I was having a look at William Goldman, both his screen and novel writing. You can see the whole post here, but for my review of my top ten movie adaptations, I’d like to repeat what Goldman says about writing screenplays:

Here is one of the main rules of adaptation: you cannot be literally faithful to the source material.

Here’s another that critics never get: you should not be literally faithful to the source material. It is in a different form, a form that does not have the camera.

Here is the most important rule of adaptation: you must be totally faithful to the intention of the source material.

— from Which Lie Did I Tell?

In another spot, and I’m paraphrasing here, because now I can’t find the quotation, he tells us how a book has maybe 400 pages, and a screenplay has around 135 pages, and not full pages at that, so what do you think happens between one version and the other? 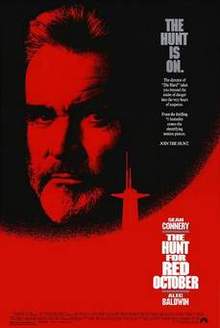 I want to begin by saying that I’m making no judgments (well, hardly any) on which is the better version, the book or the movie. I’m only saying I thought the adaptations were good. Anyway, in no particular order, here are my top ten film adaptations (at least for this week) with the screenwriter, the source material, and the director identified.

The Princess Bride
William Goldman from his own novel, directed by Rob Reiner
I can’t think of anything new to say, at least not today, about what is probably my favourite movie of all time.

The Shawshank Redemption
Frank Darabont adapted and directed from the Stephen King novella (Rita Hayworth and the Shawshank Redemption)
The single greatest change from novella to movie was casting the Red character as a black man. Whether that was done because they wanted Morgan Freeman, or whether it was done beforehand, I don’t think matters. A couple of other things were changed (the kid whose testimony could have freed Andy Duschesne wasn’t murdered in the original) but in each case it was done to underline some aspect of character or plot that the conciseness of screenwriting (see above) necessitated.

Stand by Me
Raynold Gideon from the Stephen King novella (The Body), directed by Rob Reiner
Besides launching the careers of everybody involved with it except Wil Wheaton, a really spectacular adaptation. 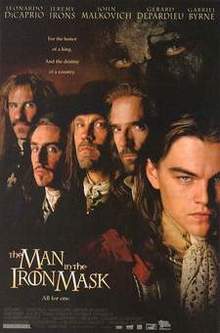 The Three Musketeers
George MacDonald Fraser, from the Alexandre Dumas novel, directed by Richard Lester
Okay, Lester’s version probably is funnier than the novel, but that’s only because Dumas doesn’t have much of a sense of humour. There is a great deal of potential humour in the story and the circumstances, and director and screenwriter made the most of it, but without glossing over the dark parts. The movie feels the realest of any of the many adaptations I’ve seen, and has some of my favourite swordplay.

The Green Mile
Frank Darabont adapted and directed from the novel by Stephen King
I’ve read the book only once, but I’ve seen the movie several times. What could very easily have been a mushy, melodramatic, version, turned into a splendid movie, in the hands of the screenwriter, the director, and the actors. And no Hollywood ending.

Hearts in Atlantis
William Goldman from the Stephen King novel, directed by Scott King
William Goldman wrote the screenplay, so I’m already prejudiced in its favour. As I think I mentioned last time, the events of the movie cover only about the first third of the material we’re given in the novel. Goldman did exactly what he tells us to do, he remains faithful to the author’s intention. 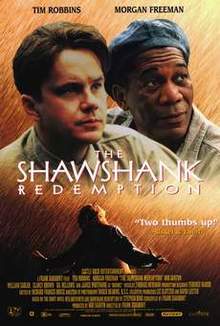 The Hunt for Red October
Larry Ferguson, from the Tom Clancy novel, directed by John McTiernan
I didn’t read the book until after I’d seen the movie – not usually the order in which I do things. I was happy with both versions. Though this early novel didn’t need it, Clancy’s later work certainly benefits from the trimming needed by the requirements of film adaptation.

The Count of Monte Cristo
Jay Wolpert, from the Alexandre Dumas novel, directed by Kevin Reynolds
All screen versions of this story make the same change – Edmund Dantes gets the girl in the end. Yes, it’s the “Hollywood” ending, but I think it’s a case where remaining true to the events in the original book doesn’t do the story, or the audience, any favours. By leaving out about 2/3 of the plot, Wolpert follows Goldman’s advice, and only loses (for me) the sense of intricacy that exists in the novel. This version in particular is well cast, with Jim Caviezel at his menacing best, and Guy Pearce showing all his dangerous, smarmy, arrogance.

Man in the Iron Mask
Randall Wallace adapted and directed from the Dumas source material.
If you haven’t figured out by now that I love the Dumas stuff, you should have. This has to be one of the strongest casts for a period film there is, and it has one of my favourite lines, from Aramis: “I’m a genius, dammit, not an engineer.” Not even the fact that everyone is speaking movie French (English with French syntax, which makes the only French actor sound strange) can ruin this one for me.

Lord of the Rings Trilogy
Fran Walsh, et al, adapted from the work of JRR Tolkien, directed by Peter Jackson
Again, I don’t think there’s much I can add to the massive amount of material on this one. I’m sure you have your own ideas of how successful the adaptation was. For me, it worked, and worked well.

That’s it for now. Of course there are plenty of adaptations that I think were successful, but these are my top ten at the moment.

Violette Malan is the author of the Dhulyn and Parno series of sword and sorcery adventures (now available in omnibus editions), as well as the Mirror Lands series of primary world fantasies. As VM Escalada, she writes the upcoming Farman Prophecy series. Find her on Facebook and follow her on Twitter @VioletteMalan..