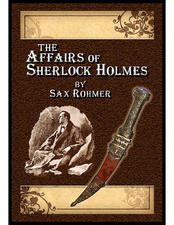 Public domain is a tricky issue. We all know the horror stories of a certain  bloodsucking literary estate who clings to the last remaining copyrights of their Victorian property and frequently demand exorbitant fees for usage in new works. There are also tales of a well-known property where a dubious claimant to the literary rights regularly files nuisance lawsuits and is often paid off by the big conglomerates just to avoid the hassle of dealing with the allegedly loopy individual in question. Both have generated their share of sympathy for the public domain cause.

Greedy bastards only interested in money and wealthy loons fighting to prove they own something they don’t are certainly unlikable characters. I know a good number of publishers and writers who thrive upon reviving properties that have slipped into public domain. So long as too many cooks aren’t in the kitchen churning out new soups with the same basic ingredients, it should be a harmonious situation that serves to keep the originals in print and grows fan interest in otherwise forgotten characters.

Personally, I am grateful to work with a literary estate. My own experience has been positive and it seemingly lends a degree of authenticity to be officially sanctioned as a continuation writer. Of course, nothing you do will ever be anything other than a footnote to the original and many people will resent your good fortune, legitimately dislike what you do with the material, or ignore you as a matter of principle. That is both understandable and predictable.

None of this addresses what goes wrong when the limits of public domain status are pushed and literary Frankenstein monsters result. Some may not be bothered at the thought of reading Hamlet and finding an unexpected sequence depicting the rape of Humpty Dumpty, but that’s what public domain is all about – the freedom to shit on anything and defend it as your legal right to do so because the work is pre-1923. Witness The Affairs of Sherlock Holmes by Sax Rohmer.

Never in his lifetime did Sax Rohmer write a Sherlock Holmes story. Holmes was certainly an influence upon his work, but he never tried his hand at continuing the character just as Edgar Rice Burroughs never wrote a Mowgli story and Robert E. Howard never wrote a Tarzan tale. Thanks to the loopholes of public domain status, that has now changed and a rather pricey tome called The Affairs of Sherlock Holmes by Sax Rohmer has made its way from Lulu.com to Amazon and Barnes and Noble. 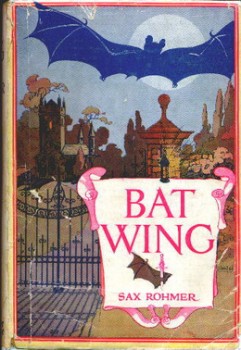 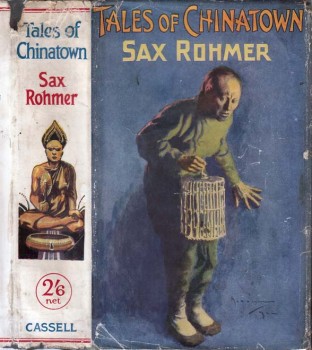 The cover and spine list the author as Sax Rohmer and the last page of the book and the back cover flap include a photo and bio of Rohmer. The latter concludes with the curious remark that Rohmer married his wife after a “year-long star-crossed love misadventure” and suggests their marriage “would make a marvelous subject for motion pictures or novel.” Considering Rohmer’s serial infidelity and their painful agreement to keep their marriage intact while knowing things would never be the same between them, one wonders just what sort of “motion picture” or novel the real author of this sham envisions.

I find it interesting that the original source material is never acknowledged (something not even L. Sprague de Camp attempted while trying to convince readers all Robert E Howard characters were essentially Conan). We have instead a disclaimer stating:

“NOTICE: This book is a pastiche prepared from Public Domain sources. No Copyrighted Materials were used in this project.”

The last sentence, peculiar capitalization and all, is italicized as if to suggest no authentic Sax Rohmer stories were injured in this botched abortion. There is a brief foreword where author/editor Alan Lance Andersen takes pastiche writers to task for failing to live up to the standards of the original. He also warns the unsuspecting reader that “originally, Rohmer’s stories used different character names – due to Conan Doyle’s copyright protection” leading one to conclude the Paul Harley and Red Kerry stories being rewritten were cut from the same cloth as Solar Pons and that Rohmer intended them to be Sherlock Holmes tales originally. This, of course, is pure unadulterated bullshit.

Further enlightenment comes from “literary historian” John Kennedy Melling who assures us “the editor of this book has experience in radio, conjuring, and interactive theatre – which ensures that these stories will intrigue new readers without upsetting original Sherlock Holmes aficionados.” And if not, that interactive rabbit he pulled out of his hat will surely distract them. There follows an introduction by Mr. Andersen where he placates our fears by stating he only selected Sax Rohmer’s “little-known stories” for revision. There is also a lengthy preface by Mr. Andersen, more of an essay actually, recounting the history of Sherlock Holmes pastiches and again noting that most of them fall short of the mark thereby justifying this bit of literary deception.

Now in fairness, there are signs Mr. Andersen is actually a talented writer. Some of the material is drastically rewritten and there is every reason to suspect Mr. Andersen is capable of penning a very entertaining Sherlock Holmes pastiche instead of, you know, lopping the heads of someone else’s characters and pasting Conan Doyle’s on in their place. Still, it is his legal right. These stories are old and Sax is dead and ripe for Alan Lance Andersen to plunder so that Andersen Desktop Publishing can self-publish the results.

The book is available in trade paperback, hardcover, or deluxe (as in typo-corrected) hardcover editions from Lulu.com. There are also two ebook editions (typo-corrected or authentic warts and all first edition) for the reader to choose from. Mr. Andersen has had my hard-earned cash to see just what he had done under the guise of Sax Rohmer. Sadly, that does not guarantee a glowing review. Perhaps in due course, someone will take my public domain review and make it positive. It will be perfectly legal to do so one day. Until that time, caveat emptor.

So I could just write more plays by William Shakespeare?

You should really post your article as a review of his book on Amazon, especially since you purchased it.

On a tangent here but I am curious about something and you might be able to answer it, Mr. Maynard.

Since the Mystery of Fu Manchu was first published in 1913 and the subsequent two novels (Return and Hand) were published prior to 1923, why was the “Devil Doctor” forced out from Alan Moore’s League of Extraordinary Gentlemen due to copyright considerations? Haven’t those three novels fallen into Public Domain, thus allowing the use of the character (as presented in said novels)?

Merely curious and thank you in advance for your time and answer.

Based on how most people read copyright law, there would seem to be no other interpretation than what you wrote. There were copyright renewals on the books in the UK as late as 1978 by Rohmer’s widow. That could be the reason. Another reason is it simply isn’t worth the hassle. Everyone knew who the character was, rather than argue the matter in court or pay a fee for usage, it is easier to simply remove the name. That is just a guess on my part. All I have ever heard Alan Moore state was he included the character believing it was out of copyright and then discovered it wasn’t. That was good enough for me.

I know criteria varies re how much time must elapse after an author’s death and the creation date of a work – and that’s per country. Also that Canada, the US and the UK differ, but it is unequivocally 70 years after the author’s death in the UK – which means Rohmer’s work would still be in copyright there, as he died in ’59.

“In 1995 the period of copyright was extended to the life of the author plus 70 years (as described above) for works which were, at that time, still within copyright anywhere within the European Economic Area. One effect of this was to impose a copyright extension of twenty years on all works that were made or published after 1911 by any person who had died after 1945, as the previous copyright period (of lifetime plus 50 years) had not yet expired in the UK for someone who had died in 1945 or later.[21]”

I haven’t read the book being discussed in this post, but the whole thing strikes me as being cheap and tawdry.

But to rewrite the original author and “create” something new – that’s weak.

@Aonghus, regardless of Alan Moore’s understanding of the law, I’m sure it was run by his publisher and their legal counsel before a decision was made. In any event, the alteration did not change the story’s quality at all. It works fine whether he is named or remains anonymous.

@Bob, the thing is Mr. Andersen shows real talent in the quality of his substantial rewriting. My ire, justified or not, would have been avoided had he signed his own name to it as author and merely noted he adapted his plots from public domain work by Rohmer and then acknowledged the stories in question. He did a tremendous amount of work to craft something that is a Rohmer forgery.

I wonder if Shakespeare would have gotten his start properly if he/his troupe had had to pay unreasonable royalties to perform any play, even “Punch and Judy” due to someone somewhere making a possibly false CopyWRONG complaint but having it backed up by the law? And would The Bard be as well known as he is today if his descendants, theaters his plays were performed in maybe once, or even liars claiming to have some connection could sue sue sue anyone performing, referencing or publishing one of his plays?

I wonder how many writers would bother creating anything if they knew within a generation of their passing, someone could change the content of their work with a drastic rewrite and still attribute it to the original writer with scant notice to what the original work was they “adapted?” That said, GreenGestalt, we’re never going to agree. You’re always going to cry that everything should be free. The law is on your side so go scribble on whatever piece of art pleases you.