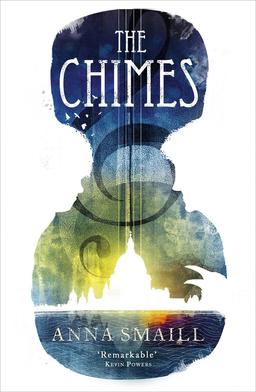 Anna Smaill is the author of one book of poetry, The Violinist in Spring, but beyond that I don’t know much about her. Except that her debut fantasy novel is being called “What might be the most distinctive debut of the decade” by Tor.com, and “A melodic, immersive dystopian tale set in a London where writing is lost and song has replaced story” by Kirkus Reviews. And Pulitzer Prize-winner Geraldine Brooks calls it “”A highly original dystopian masterpiece, an intricately imagined, exquisitely invoked world in which music instills order and ravages individuality.”

Sounds like I need to check it out. It goes on sale in hardcover this week from Quercus Books.

After the end of a brutal civil war, London is divided, with slums standing next to a walled city of elites. Monk-like masters are selected for special schooling and shut away for decades, learning to write beautiful compositions for the chimes, played citywide morning and night, to mute memory and keep the citizens trapped in ignorance.

A young orphan named Simon arrives in London with nothing but the vague sense of a half-forgotten promise, to locate someone. What he finds is a new family — a gang of scavengers that patrols the underbelly of the city looking for valuable metal to sell. Drawn in by an enigmatic and charismatic leader, a blind young man named Lucien with a gift for song, Simon forgets entirely what originally brought him to the place he has now made his home.

In this alternate London, the past is a mystery, each new day feels the same as the last, and before is considered “blasphony.” But Simon has a unique gift — the gift of retaining memories — that will lead him to discover a great injustice and take him far beyond the meager life as a member of Lucien’s gang. Before long he will be engaged in an epic struggle for justice, love, and freedom.