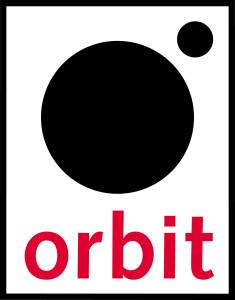 Orbit Books has published some of the most acclaimed SF and fantasy of the past few years — including Ann Leckie’s Ancillary Justice, Peter Higgins’s Wolfhound Century, John R. Fultz’s Books of the Shaper trilogy, N.K. Jemisin’s The Fifth Season, Mur Lafferty’s The Shambling Guide to New York City, M.R. Carey’s debut The Girl With All the Gifts, Ian Tregillis’s Alchemy Wars, and many, many others. Now comes word that Orbit’s success has been great enough that they are planning to grow their publishing schedule by 50% next year. The Orbit Team posted this announcement on their website on Friday:

Orbit, the SF and Fantasy imprint of Hachette Book Group, announces a major expansion plan starting from Fall 2016. The imprint will increase the number of titles it publishes by 50% to approximately 90 titles each year. Additional staff, including editorial, marketing, and design, will be recruited to support the expansion.

Tim Holman, Orbit Publisher and Hachette Book Group SVP, said: “There is a huge and diverse audience for SF and Fantasy out there, and it’s the perfect time to be expanding the list. Orbit is currently the fastest growing SF and Fantasy imprint in the U.S. with an increasing number of New York Times bestsellers – most recently Ann Leckie, whose debut Ancillary Justice was also the first novel to win every major SF award. Since our launch in 2008, we have been committed to publishing the most exciting authors in the field and looking for creative ways to connect with new readers. We’re very much looking forward to building on the success we’ve had, expanding the publishing team, and welcoming more authors to the list.”

This is great news for readers — and writers, time to polish those NaNoWriMo manuscripts! See the complete announcement here.

I’ve become a huge reader of Orbit. When Amazon dropped Hachette titles I intentionally bought more Orbit via B&N by their Buy 3-Get 4th Free Deal and consequently ending up reading a great deal of Orbit titles over the past year. Maybe even going back a couple of years Orbit consumption was much higher.

I’m a huge reader. I read a ton of books every year. Orbit has taken over the place that Tor held, at least domestically here in the USA, as leading publisher. Gollancz is still the world-wide leader of course. Orbit has been on a domination trajectory so I’m not at all surprised by this news, though I would have liked to have heard author names and titles.
Orbit had better hire a couple of new folk to keep up their web site, as it is it’s not keeping up with their forth-coming titles much less and 50% increase.

I’m with you – I’d love to hear more details on their plans as well. As soon as we hear more, we’ll pass it along here!