Thankfully this all happened when I was deeply immersed in “the season,” so the enormous sadness was delayed in favor of scaring the snot out of the neighborhood youngsters.

But now the news has finally had a chance to sink in, and I am forced to seek comfort in well-blended adult beverages and berating the interns.

In the two weeks since, word is that the Alien sequel is even less than “holding” and more like entirely nuked.

Earlier this year, I and all the other fans of the Alien world got entirely happy over the news that Blomkamp would be directing a film set sometime after the events of Aliens (completely disregarding the third and fourth installments) but also following on the yet-unscripted Prometheus 2 storyline. Alien director Ridley Scott was set to produce.

For the duration of the summer, all was right with the world. Maybe Prometheus would finally make some sense. Maybe Newt wouldn’t die and 39-year-old Carrie Henn would come out of her self-imposed exile as a primary school teacher to reprise her role and be Ripley’s daughter replacement. Maybe Ripley would have finally given into her feelings for a still-alive, scarred-but-still-hunky Corporal Hicks, allowing him to call her “Ellen.” 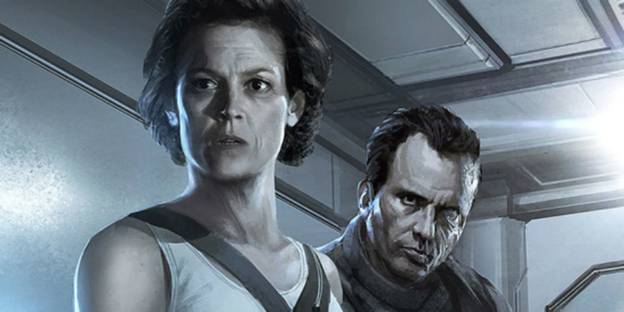 Granted they’d all be back on a collision course with another stomach-punching, armor-crunching, Ellen-lunching Xenomorph… but still.

Then in late September, the wonderful sci-fi landscape in which our imaginations had been running amok began to crumble.

While on the press junket to promote his upcoming film The Martian, Scott unexpectedly announced the title of his Prometheus sequel: Alien: Paradise Lost.

Frankly I was pretty sure this was a joke, until it became clear that it wasn’t.

HeyUGuys scooped the original story with a right-from-the-horses-mouth interview with the man himself.  Says Scott:

Paradise is a very ominous word. In a way it is Prometheus 2. It’s exactly the same story. But it was always in the works to be called that [Alien: Paradise Lost].  I’ve even got connections with Ripley [in this], but I’m not telling you what.

I’m producing it. The design is for it to go out next. It’s more associated with Ripley, it’s a completely different angle; it’s more of a sequel. I’m coming in from the back end.

With the “I’m producing it” bit in mind it was starting to feel more and more like Blomkamp’s project was going to get sidelined, though hopefully temporarily while Scott bridged the Prometheus world with the Alien one.

But a short month later, the Aliens sequel was officially dead, apparently in favor of the original concept of a Prometheus trilogy, though I shudder a bit at the thought. 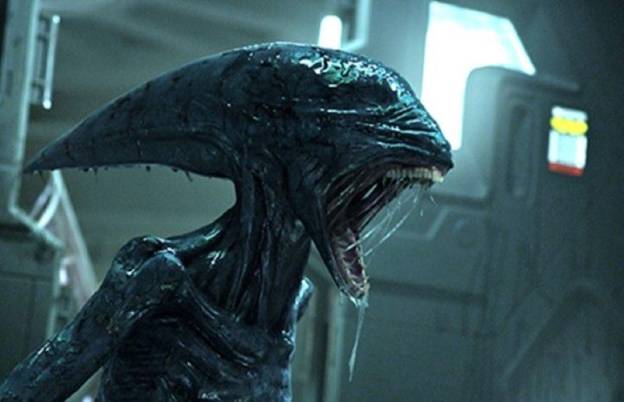 My horror-blog hero, Mr. Disgusting, posted the following not 10 minutes ago from a recent interview with Scott:

“Prometheus 2 [Alien: Paradise Lost] will start getting shot in February and I’ve already begun now so I know what the script is,” says Scott. “Then there will be another one after that and then maybe we’ll back into Alien 1, as to why? Who would make such a dreadful thing [Xenomorph]?”

The prominently snarky side of me wants to ask Scott the same question – as in who would make such a dreadful thing as that first Prometheus movie?  But as Scott is also responsible for the original Alien (which I love) I continue to harbor a tiny flame of hope that the two movies which are to come will be coherent tales that are both entertaining and make sense.

So now let us take a moment to mourn what might have been.

What do you think of the news?  Are you looking forward to what Scott will be cooking up in the next two installments of Prometheus?  Is it me or are quotes from Scott incredibly difficult to follow?  Post a comment or drop a line to sue@blackgate.com.

Fool me once, shame on you. Fool me twice, shame on me. Wild horses couldn’t get me to see another Prometheus, the stupidest movie I’ve ever seen. (Stupidest script, stupidest characters, lowest apparent estimate of audience intelligence on the part of the filmmakers in the history of movies…I could go on, but do I really need to?) Why do we waste our lives on tripe like this, when people are actually making intelligent, moving SF films like Monsters and Ex Machina?

Sorry for the rant, but Prometheus really, really pissed me off. I consider it the filmic equivalent of those emails inviting you to surrender your PIN number so the Liberians can transfer millions into your account…

But I loved The Martian, Ridley Scott’s latest film. And Alien may be my favorite SF film.

Tough call. I’ll probably wait to hear what the reviewers say about Alien: Paradise Lost before I venture to the theater again.

TPark you’re a man after my own heart, especially that bit about the Liberians.

Ironic that a movie on my top 10 and one on my bottom 10 are the product of the same director. I’m going to side with The Boss on this one and definitely not rush right out to the theater for Alien: Paradise Lost, but reserve the right to slink in later…at a matinee price of course.

Maybe a guilt-wracked Ridley is trying to make amends?

‘Prometheus II’ will feature a discernible theme, likeable, rounded, rational characters, and a plot with a solid scientific basis.

AF – I was about to say, “And flying monkeys might start rampaging through the Black Gate office, crapping up John’s ultra HD gaming computer,” until I remembered mine do occasionally get loose…

Can you guys tell me why you hated Prometheus so much? I liked it although I thought it had some pretty big flaws (one of the biggest was the biologist getting all cootchie cootchie coo with the xenomorph that looked like a fricken’ cobra).

We all understand that people in these kind of movies make wrong decisions (even as we scream “Don’t open that door!” we can be sure that they will open it.) We know that this sort of thing is necessary to keep the story going, generate action etc. But for me, Prometheus went beyond a wrong decision here and there to keep the gears turning. Every person involved on this trillion dollar mission was stupid beyond belief, routinely doing things that a moderately intelligent child would know was a bad idea. (And these repeated imbecelities didn’t even generate a tight, suspenseful, involving story – just the opposite.) The only conclusion that I could draw was that the filmmakers thought that I was the stupid one, that I was too dull to spot the plot holes or too besotted with the cool special effects to care. Wrong.

I mean, what is there to say about a movie where the heroine is up and in full Rambo mode five minutes (literally!) after a CAESARIAN SECTION!!!

NOLAbert – TPark provided a much more intellectually sound explanation than I had come up with.

I was simply going to say that when I bust a blood vessel in my eyeballs trying so hard to get my brain around a movie plot, that movie has exited the realm of entertainment, and entered the entirely new hell of annoying. If I could get that two hours of my life back, I’d use it to do something truly meaningful…like stalk Scott Taylor.

Just last week I had the pleasure of showing Ex Machina to a couple of friends who hadn’t seen it. I introduced it to them by saying, “This movie is the Anti-Prometheus.” In Ex Machina, things go very, very wrong, but it happens because the characters are all smarter, subtler, more cunning than they expect each other to be; the catastrophe is precipitated by the characters’ intelligence, not by their willful stupidity. Maybe it’s just me, but I find that a much more involving kind of movie.

Amen on that! You really hit on something key there: “the catastrophe is precipitated by the characters’ intelligence, not by their willful stupidity.” I just saw Ex Machina a couple weeks ago, and I loved how those characters were believably smart people doing believable things. It makes the way everything plays out so much more suspenseful and tragic.

All the brainy scientists and astronauts in Prometheus, on the other hand, operate at about the level of your typical dumb teens in a cabin in your average horror flick. For films like this to pay off, you have to feel that the characters did everything they could logically do in the situation, and still the menace was too much for them.

If you leave the theater feeling that they met their fates just because they were shipdits, well, then the menace that overcame them is rendered not so menacing — because there’s another movie scenario now running in your head where reasonably intelligent people encountered the same situation and dealt with it much more rationally. And that movie in your head is a much better movie.

Pretty much my take on it too, Thomas – it was a profoundly stupid film in so many ways (which carries the implicit assumption its audience would be equally as stupid).

Just when you think this once great franchise couldn’t sink any lower….