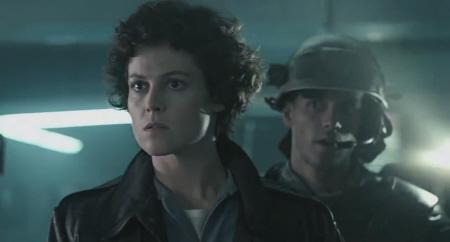 For all of you who daydreamed about what could have been, as far as the Alien franchise goes, today I bring you official glad tidings.

But first I must take you back to those dark days in 1992, and again in 1997 (forgetting the whole Aliens vs. Predators thing for a moment) when, following the beleaguered Ellen Ripley’s escape from LV-426 and its Xenomorph inhabitants, she found nothing but continued misery in the form of Alien 3 and Alien: Resurrection respectively.

Ripley repeatedly saved mankind from not only corporate tyranny, but from having our collective intestine ripped out as human incubators. But did she ever get a moment’s peace or happiness.  Or for that matter, did the fans?

That would be a great big “no way.”

Last week Sigourney Weaver raised a collective cheer when she publicly announced the Alien franchise was now in the capable hands of District 9 director Neill Blomkamp; then doubled our joy by saying she’s looking forward to returning to her signature role of Ellen Ripley in a new installment of the science-fiction series.

Weaver spoke to Variety magazine at the NYC premier of Blomkamp’s latest film Chappie in which she appears:

I can’t think of a better director. He’s a real fan. I think he’ll be true to the world and take it in unexpected directions. It’s got a lot of sinew in it. It will certainly stand up to the others and probably break a lot of new ground as well.

Weaver went on to say Blomkamp expressed his admiration for the first two films of her iconic series, Ridley Scott’s Alien and James Cameron’s Aliens, while they were shooting Chappie.

“Suddenly it seemed so obvious that this would happen,” said Weaver. “We’ve been in touch the last year, and he’s shared wonderful artwork.”

Blomkamp is no stranger to portraying a brutal and dystopian future, as he did in Elysium, but he did admit the world of Alien would be a bit of a departure.

I would love to make something in that world because the films use terror and dread and filmmaking techniques that are different than what I’ve dabbled in before.

Word on the underground grapevine indicates that Blomkamp’s treatment will completely ignore the third and fourth installments of Alien, and pick up where Cameron’s Aliens left off.

Additionally, both directors of the two original (good) films have kept a loose grip on the franchise.  Ridley Scott holds tighter by building a bridge via the pre-Alien connections with his own film, Prometheus, and that movie’s planned sequel. James Cameron, on the other hand, continues to work with Weaver to this day on the Avatar sequels. Will either add a credited (or uncredited) hand to the new script, giving Ellen Ripley’s storyline a less tragic and more satisfying end?

Remember, at the end of Aliens back in 1986, Ripley was headed home with her assumingly adopted daughter “Newt” and a potential love interest in the form of the injured (but still hunky) Corporal Hicks.

And in space, no one can see you age.

What do you think?  Feelings of excitement or dread? We have some time to ponder as the yet untitled film has a 2017 projected release. So go ahead and post a comment, or drop a line to sue@blackgate.com

It’s a near-universal consensus that the first two Alien films are probably the two greatest sci-fi/horror flicks ever made, and that the third outing just blew it all to smithereens — a chestburster to the heart of the narrative.

The fourth installment pretty much just played around and tried to have fun in the wreckage the third one left. (So the fourth film is not that terrible taken by itself, on a much lower rung than the first two — otherwise it does not hold up favorably: like comparing an American Idol contestant to Van Morrison.)

Given all that, I think it’s a brilliant move to keep the first two films “canon” and move on from there. I’m rather surprised that the Powers-That-Be would even have the sense and wherewithal to do that: it’s the sort of idea that fans have often floated as a “what if?” wish, while reckoning with resignation it could never possibly happen. (Well, sometimes wishes still do come true, even in Hollywood!)

My guess would be, if they’re picking up from the second film, they’ll resume the narrative thirty years later. Newt, now an adult in her thirties, could be a major character.

I believe Prometheus has been retconned to no longer be an Alien Prequel but something else entirely.

Eloquently stated as always. I was also surprised the powers that be agreed that Aliens 3 and 4 could be considered fan fiction and therefore bypassed.

The gents over a Dread Central were a wee bit put out that I didn’t reference their scoop which I absolutely should have since they got their hot little hands on the “wonderful artwork” Weaver references above. In it we see that Hicks will theoretically make an appearance, damaged but no less hunky. Maybe Newt just had enough…

I beg to differ regarding the Prometheus / Alien tie in…

I didn’t think Alien 3 was _terrible_ — especially if you see the reconstructed “director’s cut” version. It just didn’t break much in the way of new ground. Alien Resurrection was just … weird. Reminds me of the time when a friend was making enchilada casserole, was out of ground cumin and tried to substitute curry powder. The individual ingredients were fine, but the combination … not so much.

And has anyone else played Alien Isolation? If you want a true spiritual successor to the first movie (with just one alien who hides in the shadows and will kill you dead, no recourse), it’s well worth checking out.

[…] Goth Chick News: Will Ripley Finally Get a Happy Ending? […]