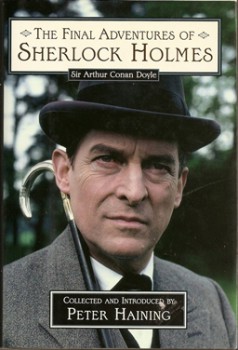 There are a LOT of books, fiction and non, about Sherlock Holmes and Arthur Conan Doyle that are worthy of standing alongside the sixty-story Canon of original Holmes tales. Today, we’re going to look at one I particularly like.

Barnes and Noble has been reproducing classic works for years and selling them at affordable prices. Their editions are a great way to get folks introduced to the classics.

This last book is similar to the out of print and often difficult to find Sherlock Holmes: The Published Apocrypha by Jack Tracy. Both books include the “almost Sherlock Holmes” stories and plays that don’t fit in the Canon, but are certainly in the neighborhood. Back before you could find everything you ever wanted to look for on the Internet, The Final Adventures was quite the resource.

The introduction discusses the pieces that make up the book and you will find some interesting tidbits (much of which was previously in Tracy’s book).

The book starts off nicely with “The Truth About Sherlock Holmes,” which is an essay by Doyle that appeared in Colliers in 1923. Much of this essay would find its way into Doyle’s own autobiography, Memories and Adventures. It is a very interesting piece and worth reading by all Sherlockians.

It’s Elementary – “I thought of my old teacher Joe Bell, of his eagle face, of his curious ways, of his eerie trick of spotting details. If he were a detective he would surely reduce this fascinating but unorganized business to something nearer to an exact science.” – Arthur Conan Doyle from this essay.

“The Mystery of Uncle Jeremy’s Household” appeared in Boy’s Own Journal in early 1887, after A Study in Scarlet was written, but before the first Holmes novel was published. I would suggest reading this story and amusing yourself by listing the Holmesian overtones. You will find more than one!

Next up is “The Field Bazaar,” one of Doyle’s two parodies that he wrote about Holmes. It recounts a breakfast conversation between Holmes and Watson and was written as a fundraiser for the student newspaper at Edinburgh University.

Two tales from 1898 follow. “The Story of the Man With the Watches” and “The Story of the Lost Special” both feature an unnamed detective and are quite Holmes-like in their feel. Either of these books could easily have been reworked as Holmes adventures. While not Doyle’s best detective stories, they are better than some of the official tales from the Canon. Since they were published after the detective’s supposed death and before his return, was Doyle just “getting some Holmes” out of his system?

Hesketh Pearson was researching a biography of Doyle when he found the outline of an unwritten Holmes story. The outline is included in this book and it is immediately followed by a completed version of the tale, written by Robert A. Cutter, in 1947. It is titled “The Adventure of the Tall Man.”

Of greater import, Pearson also discovered an entire unknown Sherlock Holmes tale in 1942. The Doyle estate (always quick to try and make a buck) surprisingly enough, resisted pressure to publish it. Finally, in 1948, they accepted an offer from Cosmopolitan and it appeared in that magazine. Then the bad news: Arthur Whitaker said that he had written the tale and sent it to Doyle in 1910, hoping it would become a joint collaboration. Doyle declined and suggested that Whitaker rewrite is as non-Holmes tale.

Finally, Doyle purchased it for 10 pounds. Doyle set it aside, never using it. Whitaker produced the carbon copy of his typescript, as well as Doyle’s own hand-written letter in which the author had offered to buy the script.

The Doyle Estate refunded some of the money they received for selling the story and Whitaker was paid 150 pounds to be quiet about the affair. He died not long after and the matter was dropped by all parties. Cosmopolitan never admitted the story wasn’t by Doyle, and the Estate had no comments.

Haining’s explanation includes the following quote from Pearson’s description of the story. “The opening scene between Holmes and Watson betrays the hand of the master.” Haining also mentions a reference to the story made in John Dickson Carr’s biography of Sir Arthur. Haining speculates that Doyle himself may have contributed somewhat to the tale and that it was not all Whitaker’s work. Regardless, it is an enjoyable Holmes pastiche. Of course, you know most of this already because you surely read this post here at Black Gate, right? 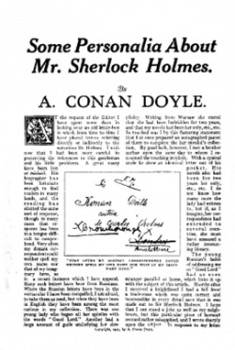 I’m quite a fan of William Gillette’s marvelous play, Sherlock Holmes. However, his adventure into the parody world, the curtain raiser The Painful Predicament of Sherlock Holmes, is not one of my favorites. The novelty of Holmes not uttering a single word is original, but I just don’t find the play very funny. I did use it as the basis for a similar hard-boiled short short story, which appeared earlier this year here at Black Gate.

“Some Personalia About Sherlock Holmes” was written by Doyle and appeared in a 1917 edition of The Strand. Doyle discusses receiving letters written to Holmes and ruminates on true-life crimes that the author had some involvement in investigating. One such, involving a man who disappeared, I wrote as a story involving Doyle and William Gillette. It was published as “The Case of the Tired Captain” in a collection entitled Curious Incidents.

American critic Arthur Guitterman wrote a poem critical of Doyle for having Holmes insult Edgar Allen Poe’s C. August Dupin and Emile Gaboriau’s Monsieur Lecoq, in A Study in Scarlet. It is included here, followed by Doyle’s own poem in response. People were taking the Canon far too seriously long before Sherlockians jumped into the act.

Doyle’s short Holmes play, The Crown Diamond, is next. It is a weak story and quite inferior to his play adaptation of The Speckled Band. It’s also one of the weakest tales in the Canon.

“How Watson Learned the Trick” is a charming parody written by Doyle for inclusion in the miniature library in a dollhouse made for Queen Anne. I find this to be an under-appreciated Holmes piece.

On December 15, 1900, “A Gaudy Death: Conan Doyle Tells the True Story of Sherlock Holmes’ End” appeared in Tit-Bits, a weekly magazine published by the same folks who owned The Strand. Holmes was in that unhappy (for the readers) period after his plunge at the Reichenbach Falls and before his temporary revival in The Hound of the Baskervilles. 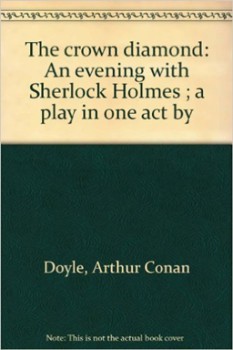 This is a fine interview in which Doyle discusses how he came up with the idea for Holmes, and why he switched from novels to serial adventures for the detective. He then moves on to explain why he killed off Holmes. “My lower work” (Holmes) “was obscuring my higher” (The White Company) “is as good a summary of his feelings as ever he uttered.

It’s hard for us to imagine a Canon that ended with The Memoirs of Sherlock Holmes. A paltry 26 Sherlock Holmes adventures! So imagine the thrill that the discerning reader of this essay experienced at the following sentence from Doyle: “That does not say, however, that because he is dead I should not write about him again if I wanted to.”

“The Mystery of Sasassa Valley” was Doyle’s first published story and is a tale with a supernatural tinge.

The volume wraps up with “My Favourite Sherlock Holmes Adventures,” a short piece Doyle wrote for The Strand in 1927. It is a listing of Doyle’s own dozen favorite Holmes tales. He does not include any from The Case-Book of Sherlock Holmes, which was about to be published in book form and had not been readily available to most readers.

I like to believe that his statement that he would have included “The Lion’s Mane” and “The Illustrious Client” on the list if they were eligible was just a sales job. I can’t place those two anywhere near the top twelve. In case you haven’t seen the list, “The Speckled Band” was at number one.

Peter Haining’s book is an outstanding collection that any Holmes fan should enjoy. If you already have Tracy’s Apocrypha, or vice versa, you will find they complement each other and you shouldn’t ignore one because you own the other.

This is an important book to have on your Sherlockian shelves. I have two hardcover copies, each with different covers. I prefer both of them over the one shown above with Jeremy Brett.

One of mine is yellow, and has a Paget drawing on the cover. I found it in 1981, when I was sixteen. (Luckily, I had found Jack Tracy’s “The Published Apocrypha” just a year earlier, so I got a good early education in these rare items.) My other copy of “The Final Adventures”, this one with a Grimshaw painting on the cover, was a gift from my Dad in 2002.

Although I already had a copy, I wouldn’t trade the one from Dad any more than I’d get rid of the one that my sixteen-year-old-self discovered with great joy.