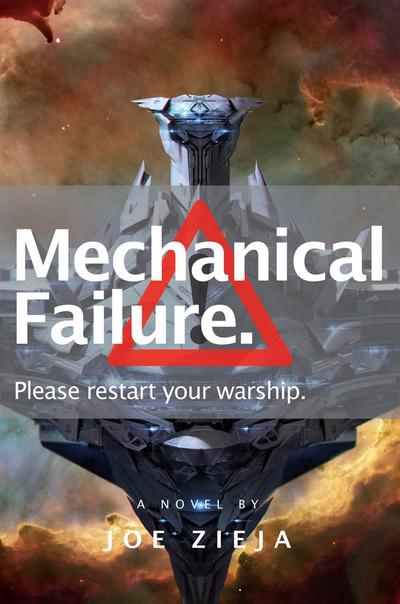 Saga has released over two dozen books in 2015 — pretty darn good for a brand spanking new imprint — and their 2016 line up promises to be even more stellar, with titles from Kat Howard, A. Lee Martinez, Genevieve Valentine, and Black Gate author Frederic S. Durbin. Last week we gave you a peek at Mike Brooks’ debut novel Dark Run, a space opera SFFWorld calls “a Firefly-like tale.”

This week we take a look at Zor Zieja’s Mechanical Failure, the tale of a smooth-talking ex-sergeant and smuggler forced back into military service just as rumors of war begin to escalate, on sale from Saga Press June 7, 2016.

The Great Galactic War resulted in the Two Hundred Years’ (and Counting) peace, a time of tranquility that hasn’t been seen since… well, never. It seemed as if mankind had finally conquered war. That’s the kind of military that Sergeant R. Wilson Rogers lived in before he left the fleet to become a smuggler.

But when Rogers breakthrough deal literally blows up, things go from bad to worse as he’s forced back into military service, as an ensign, and is thrust onto the command ship of the fleet as rumors of war begin to escalate. Surprisingly Rogers finds that his backdoor and criminal experience is just what the fleet needs, and somehow, he finds himself getting to work.

With an experienced ear for military double-speak, Zieja has created a remarkable and sarcastic adventure.

Click on the image above for a bigger version. Here’s author Joe Zieja with his take on the cover art:

What I love about the cover for Mechanical Failure that it’s so different. Since it was designed by a movie concept artist, it has a huge, cinematic feel. The inspiration came from a US Navy poster that simply has this gigantic aircraft carrier sailing toward the viewer with the word “Navy” in the bottom right. It was an advertisement that didn’t really need an explanation; it just said “BIG GIANT BOAT. NAVY. COME BLOW STUFF UP.” (For the record, never call it a boat in front of a sailor unless you want to make them angry.)

Give a Warm Welcome to Saga Press, Launching This Spring
Loosed upon the World: The Saga Anthology of Climate Fiction edited by John Joseph Adams
The Sea of Trolls Trilogy by Nancy Farmer
The Miriam Black Series by Chuck Wendig
The Grace of Kings by Ken Liu
Cover Reveal: Dark Run by Mike Brooks