Now the producers of Breaking Bad are adapting Miriam Black as a TV show, creating what The Guardian calls “a sassy, hard-boiled thriller with a paranormal slant” about a young woman who can see the darkest corners of the future. 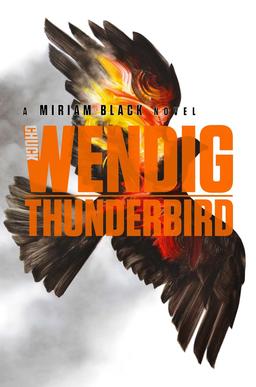 The Miriam Black series was originally published as a paperback trilogy by Angry Robot in 2012-2013, but some volumes are already out of print. New publisher Saga Press (whom we profiled back in November) are re-releasing the first three books in the series in handsome new editions with brand new covers by Adam S. Doyle, in hardcover and trade paperback, and a brand new fourth book next April.

The fourth and final book, Thunderbird, will be released for the first time in April of next year.